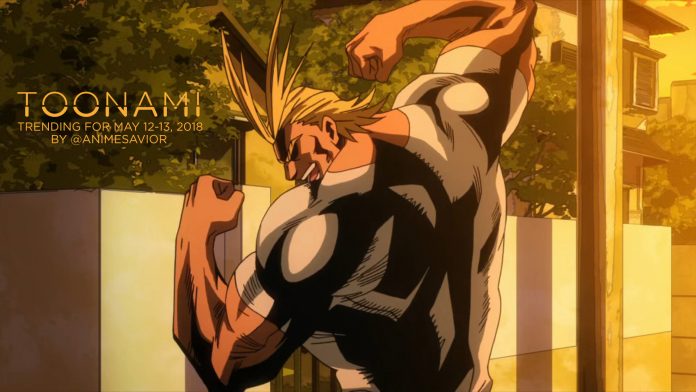 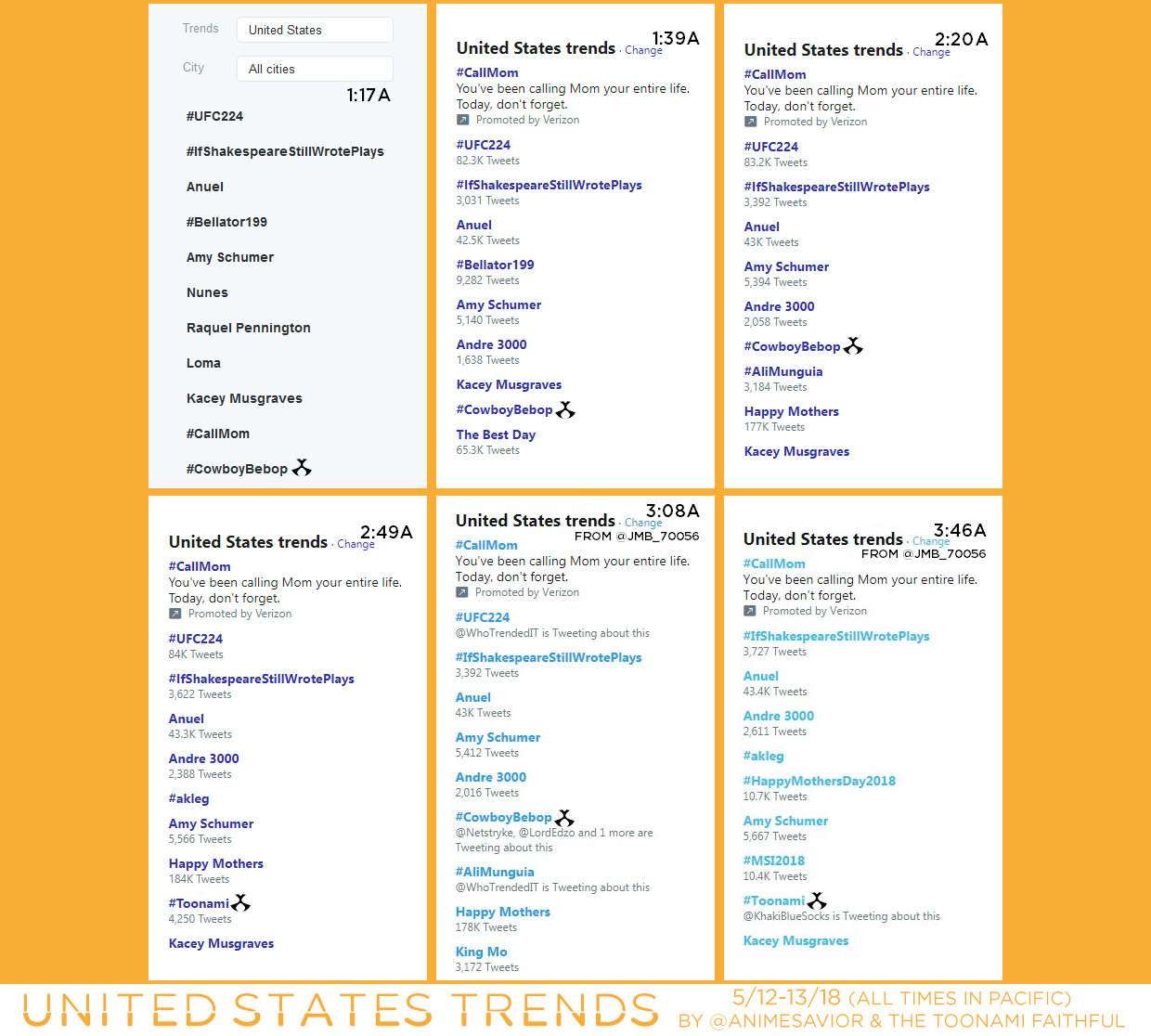 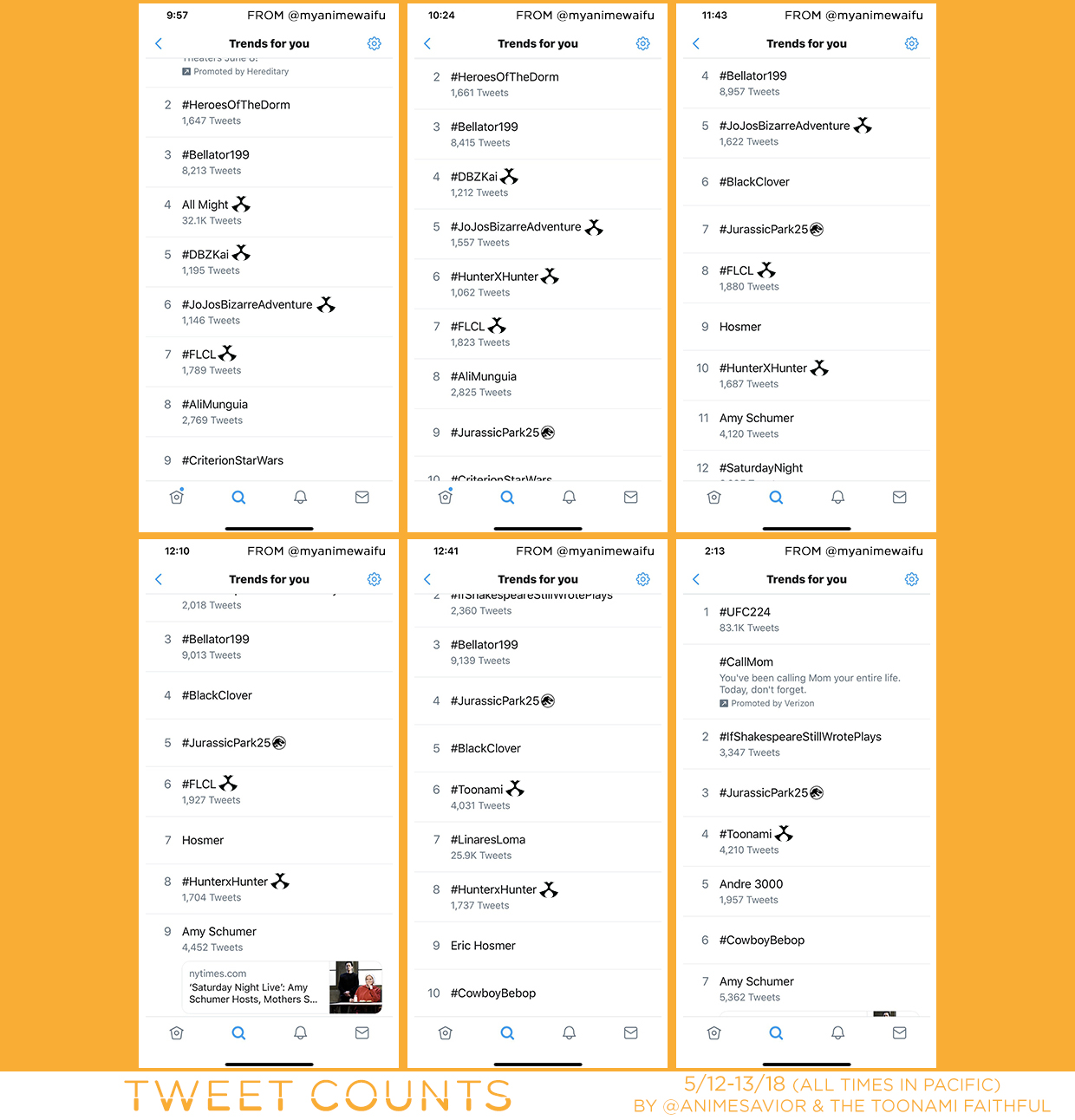 “There are stories about every hero. How they became great. Most have one thing in common…their bodies moved before they had a chance to think. Almost on their own. And today, that’s what happened to you [Izuku]. Young man, you too can become a hero.”

The Toonami Trending Rundown for May 12-13, 2018. It’s another fine week for action as Goku and Vegeta head back to the future for a third round against Black and Zamasu, while Hol Horse teams up with Mondatta after his rebellion against Dio fails, and Asta takes on Rades Spirito, who unleashes an army of zombies on the capital, among other great moments.

On Twitter, only Toonami and #CowboyBebop would successfully trend in the US. My Hero Academia would produce its first character trend in All Might as he decides to mentor Izuku. Meanwhile on Tumblr, #Toonami would trend alongside #BNHA and JoJo’s Bizarre Adventure. 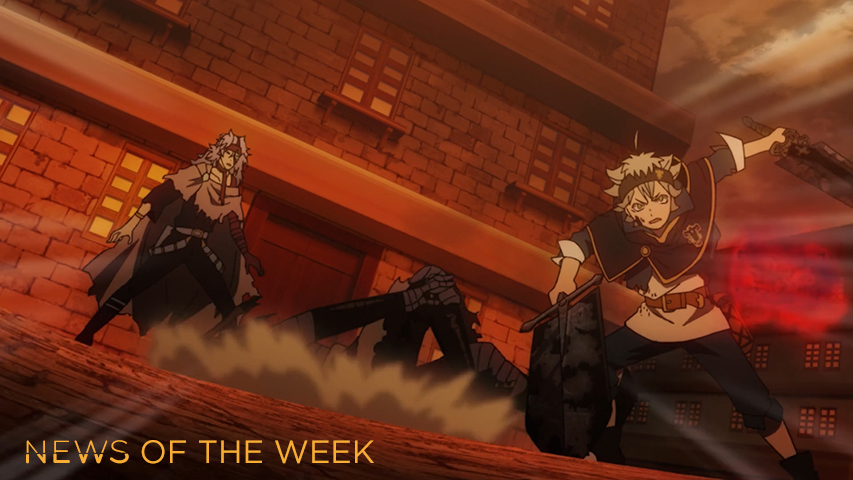 This week’s feature was part 3 of a Behind the Scenes look into FLCL’s production, featuring some of the English Voice Actors. Due to time constraints, an extended version of the video was posted on Adult Swim’s YouTube page, which you can see below.

Other notable Toonami-related news this week include:

Announcement: Saitama’s back! VIZ is set to bring One-Punch Man Season 2 to fans. We’re not pulling any punches! pic.twitter.com/dlrdqq6wvK

Ichigo and Lirin are duty bound to battle the Bount!

This Saturday, Toonami will showcase the finale of FLCL’s pre-season 2 encore run, and as that episode will have a 45 minute length, every show after will be temporarily shifted back by 15 minutes. No shows will be pre-empted, but for those recording on their DVRs, you might want to keep this in mind and adjust your recordings accordingly if needed. And of course, for those wanting to binge watch season 1 of FLCL, the following week will be Memorial Day Weekend, so Toonami will marathon all 6 episodes of FLCL in a row beginning at 10:30 pm EDT/PST and again at 1:45 am on the night of May 26.

Until then, have a Happy late Mother’s Day, a Happy Ramadan for those celebrating, and see you again on Saturday for another round of the better cartoon show. Later.