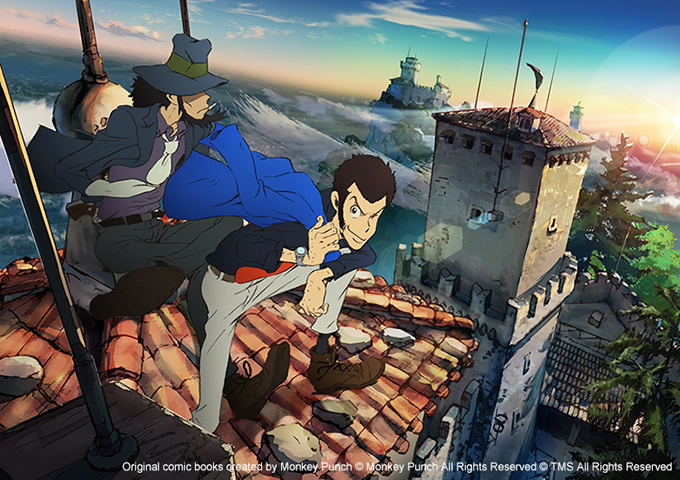 During the May 19th edition of Toonami, it has been announced on Toonami’s Facebook page and later on Discotek’s Twitter that Lupin the Third Part IV will be returning to the better cartoon show for an encore run, airing at 3:30 am ET/PT beginning on June 2nd to close out the block. Lupin will replace Ghost in the Shell in the lineup, as the series has just completed its present run of Stand Alone Complex 2nd GIG.

Sleep is for the weak. #LupinThe3rd Part IV is back on Toonami starting June 2nd at 3:30am! Directed by @RichardEpcar & @ellynstern!

Lupin the Third Part IV previously aired on Toonami from June 17, 2017 to January 20, 2018, ending a 14 year hiatus from US television.  Adult Swim aired 26 episodes of Part 2 back in 2003, though episode 3 was skipped over for content issues, and the remaining 129 episodes of part 2 never aired for various reasons. In 2016, Toonami attempted to bring Lupin back with The Woman Called Fujiko Mine, following the end of Michiko and Hatchin’s run, however issues regarding nudity forced them to choose an encore run of Samurai Champloo instead.

It should be noted that there was another show that was originally supposed to replace Lupin on the schedule when its premiere run ended on January 20, but unfortunately Toonami and the distributors ran into some legal issues preventing a broadcast, delaying the show announcement and premiere to a future date. Jason DeMarco later mentioned that there are at least three new acquisitions coming in the near future, one of them later revealed to be My Hero Academia.

The newest addition to the Lupin franchise, Part V, is presently airing in Japan and is available to view online on Crunchyroll and Hulu. It is still to be determined when Discotek will be producing a dub or if Toonami will air the new series as of now.

As we mention regarding all potential Toonami shows, if you do wish to see more Lupin air on the block, we do recommend that you continue giving your support to the show and Toonami overall, and to send your show recommendations to their Facebook and Tumblr message boxes as well as letting TMS and Discotek know in their respective social media outlets.