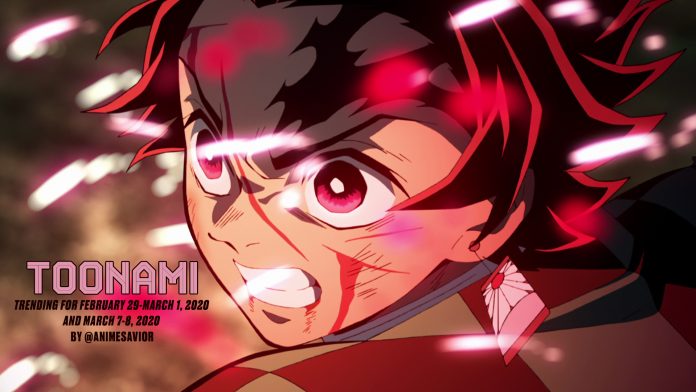 “The bond between Nezuko and I cannot be severed. Not by anyone!”

This week’s Toonami Trending Rundown is a double-feature for the nights of Feb. 29, and March 1, 2020. Among some of the highlights from the past two weeks, My Hero Academia showed the aftermath of Shie Hassaikai arc, as the League of Villians attacks Overhaul for killing Magne by taking his arms away when being escorted to a high-security prison. Meanwhile, Sir Nighteye passed away from his injuries sustained during the raid against the Shie Hassaikai. Fortunately, he managed to say goodbye and make amends with All Might, Deku, and Mirio. And despite being rendered quirkless for the foreseeable future, Mirio promises to Deku that he will press on to inspire Eri and to continue on Sir Nighteye’s legacy. Demon Slayer showcased Tanjiro and Nezuko’s highly acclaimed battle against Rui. Envious of Tanjiro and Nezuko’s relationship, Rui decides to take Nezuko for himself, feeling that it was his siblings’ fault, rather than his own actions, that soured his relationship with his family. But despite his sword breaking during the fight, Tanjiro was not going give up his sister as he unleashed the Hinokami Kagura Dance, a Breath Style passed on by the generations of the Kamado family alongside the hanafuda earrings, to slay Rui. Nezuko spoke words for the first time since being demonized as she broke free from Rui’s spells and assisted Tanjiro in taking down the demon. And in Black Clover, Noelle returns to her home as the Elves invade the house of the Silva family. Despite enduring the abuse from her family, Noelle couldn’t let her siblings fall victim to Letoile’s compass magic. Noelle’s desperation would unlock a new spell for her, the Valkyrie Armor, as her determination combined with Nozelle wanting to mend wounds with her sister managing to turn the tide in their favor. 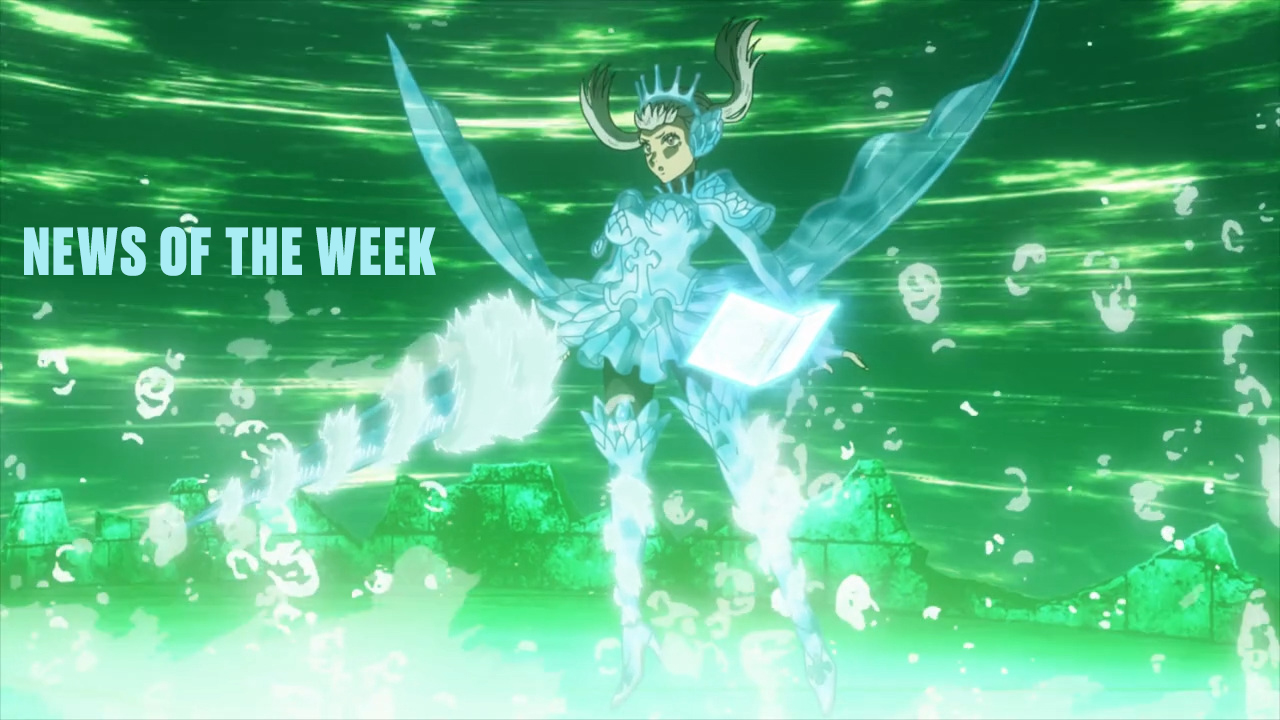 This week’s feature was a video game review of the newest Dragon Ball game, Dragon Ball Z: Kakarot. It received a score of 8.0 out of 10.

My Hero Academia has been going beyond Plus Ultra at the theaters these past two weeks, as according to Box Office Mojo, Heroes Rising has accumulated $13,270,000 in ticket sales as of March 11. This goes alongside the $15,116,740 in international sales for a total of $28,386,740 worldwide.

Not much else to say other than we hope you stay safe and we’ll see you again on Saturday for another round of the better cartoon show. 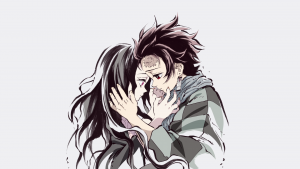 DBZ 4 Life. Only Toonami on [adult swim] on Cartoon Network.