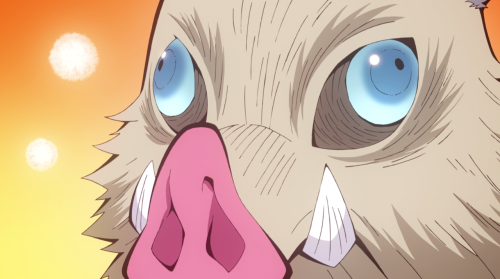 Toonami has aired a ton of shows throughout its run, allowing it to showcase the appeal of action and animation to a broad audience. That being said, it’s hard to ignore that some of the block’s most prolific shows can be traced back to a single source: Weekly Shonen Jump. Presently, most of Toonami’s lineup consists of titles that originated as manga from the iconic magazine. With such a big chunk of content coming from the shōnen giant, it’s easy to imagine why some Toonami fans feel overwhelmed by its presence. As someone who loves both Shonen Jump and Toonami, I can see the validity of this concern, but I can’t help but feel that it ignores that Shonen Jump does not rely solely on the same tropes. Shonen Jump series are continuing to differentiate themselves among the masses of anime and manga, and are providing new experiences that cater to the changing tastes of audiences.

When discussing Weekly Shonen Jump, it’s essential to talk about the magazine’s long time motto of “Friendship, Effort, Victory!” Many people like to interpret this as the Shonen Jump “formula,” but equating it to that is a bit of an over-simplification. While these serve as the ideals that Jump titles aspire to embody, the method used to present them has become very broad.  For instance, “friendship” could be portrayed as anything from the bond between family members to the connection between teammates, and “effort” could range from merely studying for an exam to as drastic as training in an abandoned forest. The ideology of Shonen Jump facilitates variety and allows for series to not be bound to specific genres.

To see Shonen Jump at its best, we need to look no further than last year’s premiere of The Promised Neverland. The series doesn’t easily fit into a single category, mixing elements of action, horror, and mystery throughout its narrative. Still, the values of Shonen Jump shine throughout its layers. The bond between Emma and her family, the challenge of escaping the farm, and their resolution to live thematically fit with the magazine’s branding. Yet, The Promised Neverland does not feel like a traditional action title. Instead, it reincorporates the typical components of a Shonen Jump title in a way that feels wholly unique.

That being said, it’s also vital to look at what Shonen Jump has to offer Toonami in the future. Just like The Promised Neverland, the recent successes of Shonen Jump are not derivative of the predecessors, instead taking the legacy of Shonen Jump into a new direction.

One of the most recent successes in Shonen Jump is Jujutsu Kaisen. The story centers on the life of Yuji Itadori, a teenager who is one day possessed by the powerful cursed spirit Sukuna after eating one of its fingers. Bound to this powerful threat to humanity, Itadori decides to collect and consume Sukuna’s remaining fingers and take the spirit with him to the grave. While exorcist-style stories are familiar in manga, what sets Jujutsu Kaisen apart is its fantastic premise. Unlike many battle-shōnen protagonists, Itadori doesn’t have an ambitious dream. Rather, he’s primarily concerned with the well-being of those around him and living a life that will benefit them. Itadori’s struggle is given further layers due to his relationship with Sukuna. While Itadori needs to consume all Sukuna’s fingers to kill him, our lead is also providing the spirit with more strength in the process. As more cursed spirits and sorcerers get involved in the search for the fingers, the result is a fantastic power struggle for the fate of humanity. With an anime coming later this year, this is a series that Toonami fans should be keeping on their radar.

Despite circulating for a year, Chainsaw Man has also garnered a lot of attention in the Shonen Jump community. The series is about a young man named Denji, who fights devils with a set of chainsaws that eject from his body. While the premise is already absurd, what makes Chainsaw Man genuinely bizarre is that its narrative actively conflicts with the ideology of Shonen Jump. Denji is depicted as an aimless and lustful individual, and the story itself is filled to the brim with violence and crude situations. On their own, any of these components could make or break a series, but when combined, it results in one of the most insane action titles out there. Chainsaw Man doesn’t feel bound to the legacy of its Shonen Jump predecessors, and that gives it the freedom to do whatever it pleases. It’s only a matter of time until Chainsaw Man gets greenlit for an anime, and when it does, it would be a mistake for it not to show up Toonami.

Jujutsu Kaisen and Chainsaw Man are testaments to what the new generation of Shonen Jump has to offer, but if there is one series that stands at the forefront of the magazine’s innovation, it’s Act-Age. Unlike the previous titles mentioned, Act-Age isn’t an action series in the traditional sense. The series stars Kei Yonagi, an aspiring actor who loses herself in her roles. After encountering a talented director named Sumiji Kuroyama, Yonagi takes her first steps into the professional acting world. Structurally, Act-Age feels like a battle-manga centered on acting. Yonagi must compete with her fellow actors in her roles, while also continually improving her own skills. That said, Act-Age showcases not only the competition of the acting world, but also the emotional toll that it takes on the actors themselves. For Yonagi, acting is not only her passion but also a coping mechanism for her own childhood trauma. As she takes on more emotionally burdening roles, she risks losing her sense of reality in the process. The risk to Yonagi’s well-being gives every role that she takes on a sense of tension, as she’s fighting both herself and her fellow actors in order to succeed. Since it’s not a traditional action series, it’s hard to say if Act-Age will ever show up on Toonami, but there is no other series like it.

While Shonen Jump still has tremendous value on the block, it’s hard to deny that variety also needs to come from beyond its scope. For every Demon Slayer and My Hero Academia that we see on the block, having a title like Lupin the Third is a refreshing change of pace. Shonen Jump is simply one piece of a much vaster media landscape, and there is a diverse selection of series beyond its doors. Still, even if Toonami continues to get more Shonen Jump series, viewers won’t get more of the same types of shōnen fans are accustomed to seeing.