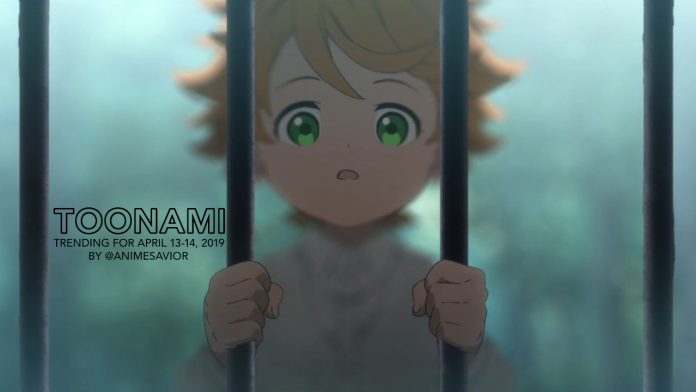 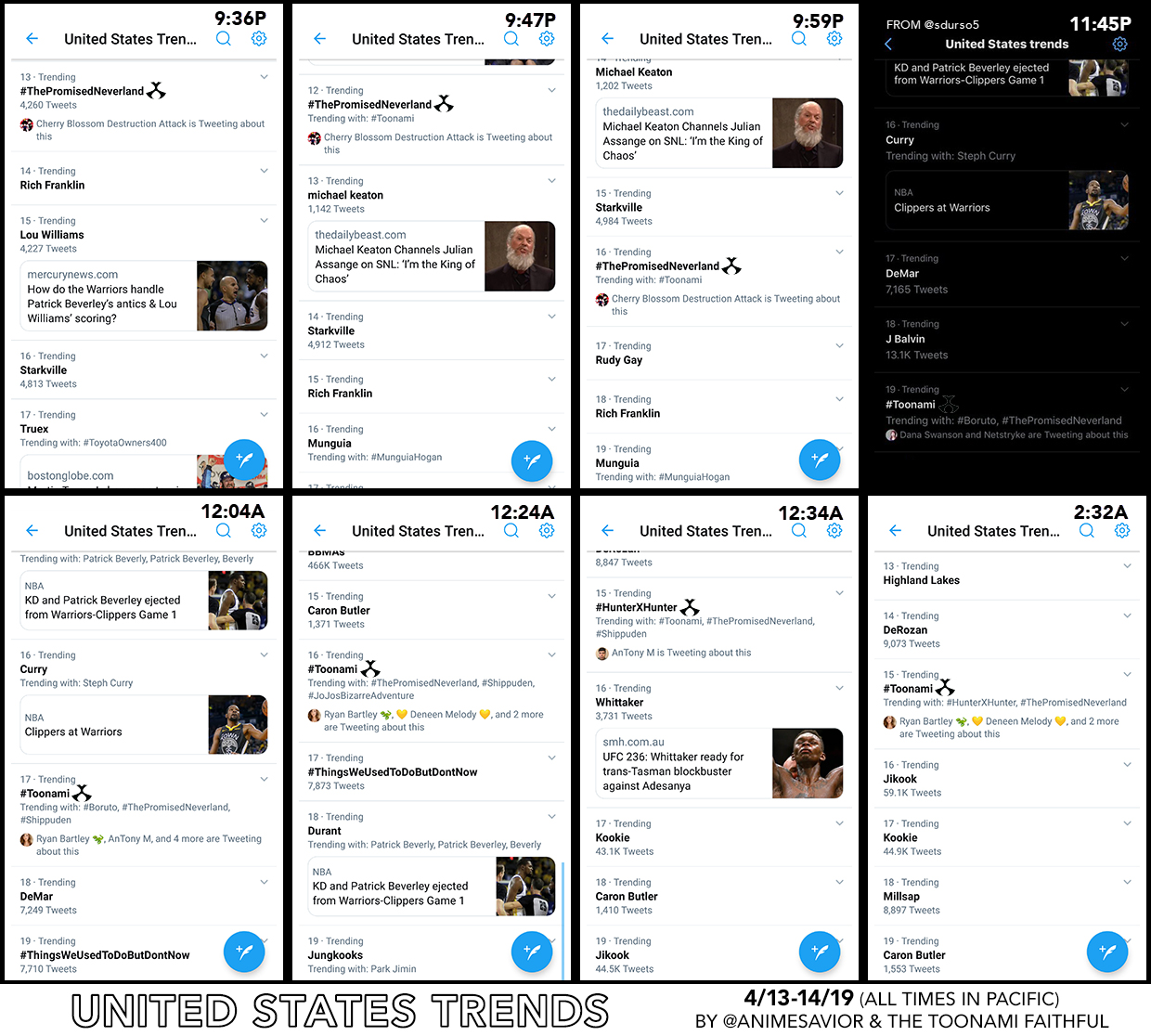 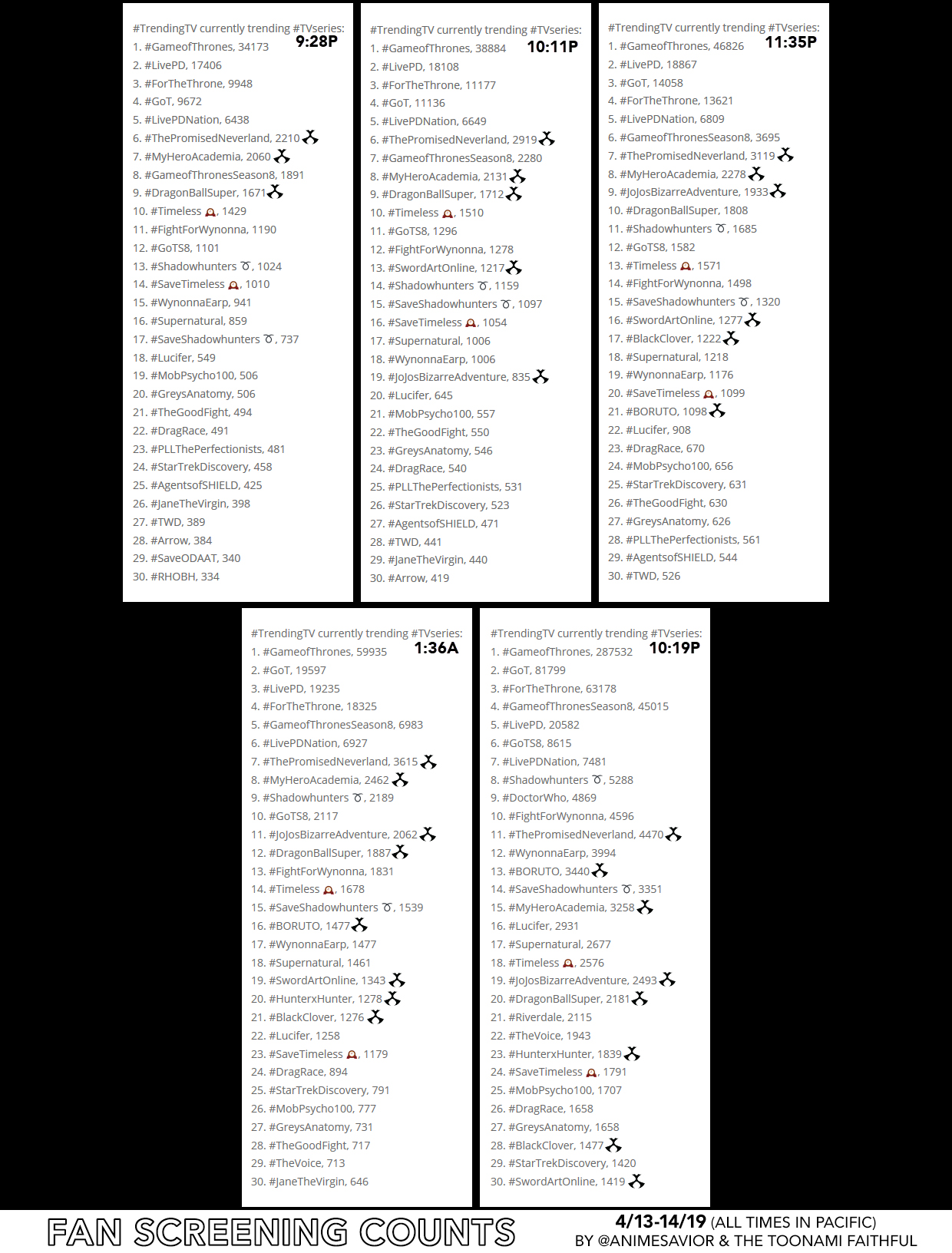 “Have we been living here this whole time…just to end up as food?”

The Toonami Trending Rundown for April 13-14, 2019. Emma and the children of Grace Field House would be welcomed in with open arms, as The Promised Neverland makes its debut on the better cartoon show. And among other great moments, Emma and Norman learn the truth of the purpose of their orphanage, while The League of Villains kidnap Bakugo, and Alice reappears as “Synthesis 30” and arrests Eugeo and Kirito. 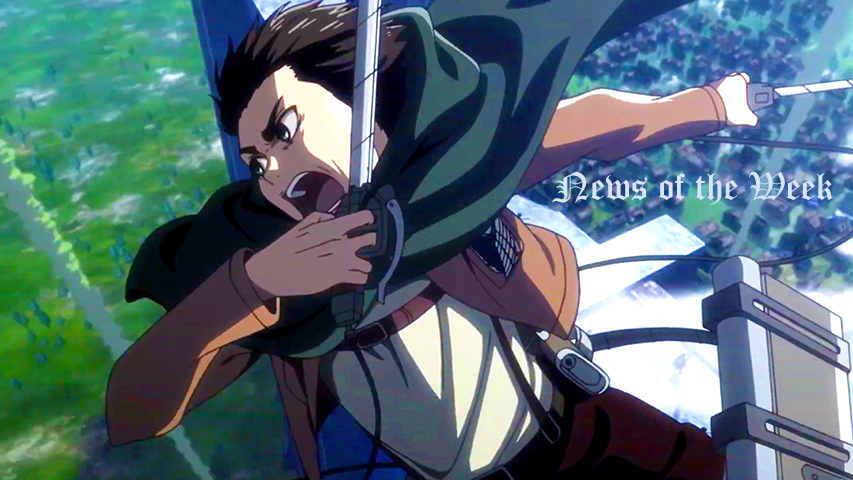 Until next week, have a Happy Holy Week and a Happy Passover, and of course, we do wish to send our sympathies to the friends, family, and fans of Lupin the Third creator Kazuhiko “Monkey Punch” Katō, whom had passed away after a battle with pneumonia at 81. On behalf of the Toonami Faithful and all Lupin fans, may your soul rest in peace, and thank you for all your work over the years.