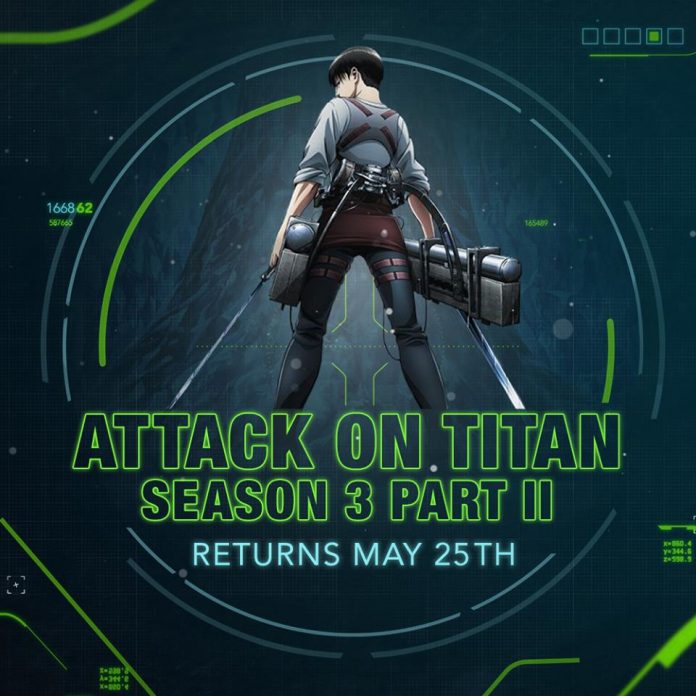 Toonami has announced on their Facebook page that Attack on Titan season 3 will be resuming for its second half beginning on Memorial Day weekend on the night of May 25. Its position on the schedule is still to be determined.

Attack on Titan will resume on Japanese shores beginning on April 28 and will be available to stream subbed on Crunchyroll and Funimation Now. Toonami has premiered the simuldub since Funimation has begun doing so since Season 2. As with Season 2 and part 1 of Season 3, Funimation will also have the dub available for streaming on their Funimation Now service the day following the Toonami broadcast.

You can also get early access to the dub which will air Saturdays on Toonami starting on 5/25. 📺 pic.twitter.com/enW48ki4vn

Are you looking forward to Attack on Titan’s return? Let us know by commenting blow or directly on our social media.