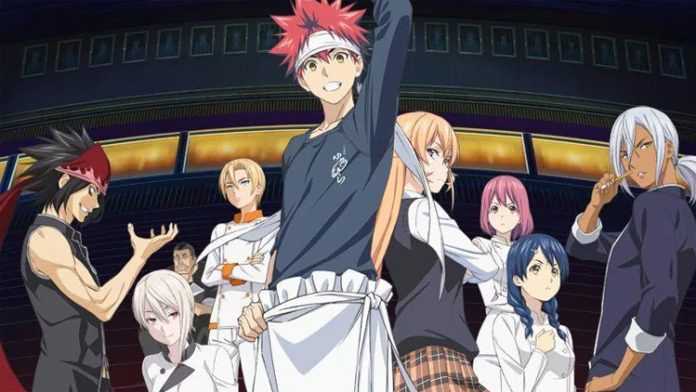 Once season two finished, many fans were excited when Food Wars‘ third season would air on Toonami. With the third season getting an English dub tease showcased at Anime Expo (while the franchise was on Adult Swim), fans were saddened to learn how our favorite chefs would have to take an extended break when everything looked perfect for the block to digest. For whatever reasons, be it licensing or something else, Food Wars‘ third season would have to be sent back to the kitchen to make the series was correctly prepared. And now, we have a date for the next course!

Feb. 27 at 1 a.m. is when Food Wars‘ third season will return to Toonami. And for those unfamiliar with this upcoming season, here’s a synopsis of what fans should expect!

And fans finally have the chance to see the partnership between Crunchyroll and Adult Swim in full force. The streaming platform would later write out a breaking news piece to announce how they planned to bring Food Wars to the iconic block. And while the two sides have original programming in the works, it’s nice to see Crunchyroll do more to help out Adult Swim to acquiring more anime to show fans!

The most curious thing from this recent news is how Assassination Classroom’s second season won’t air right after the first one wraps up. It’s undoubtedly peculiar considering that this series seemed to have been a huge favorite amongst the Toonami Faithfuls. Mentioned by Andrew “Sketch” Hingson (in an article to be released soon), and on a recent Toonami Faithful Podcast, Assassination Classroom gained a ton of fans, and some were pleased that an older series was getting the chance to shine so early in the block.

One thing to keep note is that, since each season of Assassination Classroom aired different points, Toonami might have had to work out two separate licenses to broadcast the entire show. After all, that’s what we had going on with Food Wars. But it will be interesting to see if Assassination Classroom shows up again for the series to finish. I would be devastated if Toonami fans wouldn’t get the chance to see a property be fully adapted. That’s right; there’s no filler. And for those who aren’t interested in reading the manga, the anime adaptation does a fantastic job at doing that. But as Jason DeMarco noted on Twitter, they do plan to bring Assassination Classroom back for fans to see the entire franchise. It’s just a matter of when that can happen.

How do you feel about Food Wars returning for another season! Will you miss Assassination Classroom? Tell us in the comment section below, or on our social media pages!