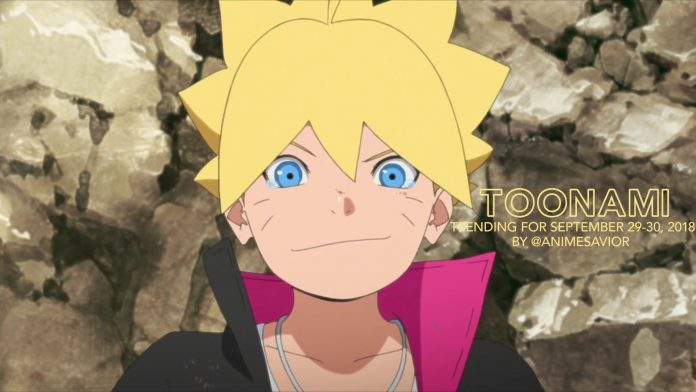 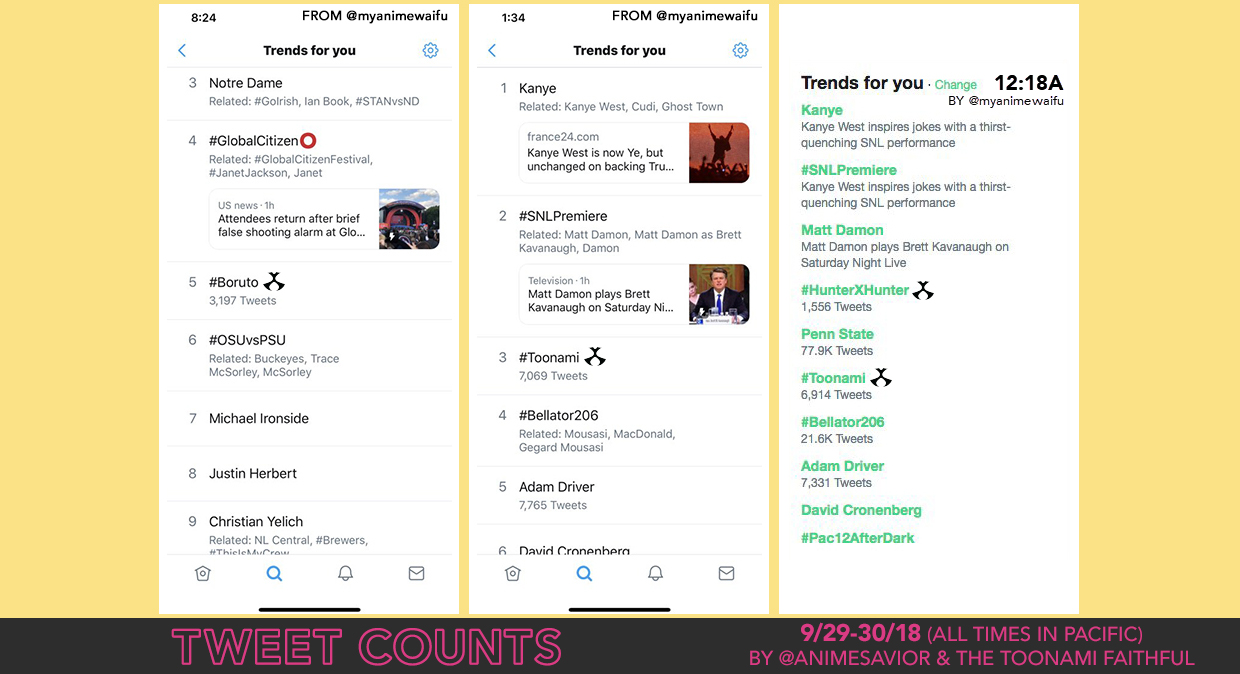 “Whatever path I choose, it won’t have anything to do with my dad. I’ll walk my own path. Cause this is my story.”

The Toonami Trending Rundown for September 29-30, 2018. The next generation of Shinobi make center stage as Toonami expands to 9pm with the addition of Naruto’s son in Boruto: Naruto Next Generations to the better cartoon show. And among other great moments, Historia unlocks her and Eren’s mysterious past, while Koichi attempts to unlock his stand powers, and Black Clover begins the Seabed Temple arc as Asta and the Black Bulls head to the beach.

On Twitter, only #HunterXHunter would manage to trend in the US; while on tumblr, #Toonami would trend alongside #BNHA, Attack on Titan, and JoJo’s Bizarre Adventure.

This week’s feature was a video game review for the critically acclaimed new Spiderman game for the PS4. It received an 8 out of 10 score.

During the broadcast of the Season 3 finale of My Hero Academia in Japan, it has been announced that a fourth season will indeed be in the works. Series creator Kohei Horikoshi drew this in celebration of the events. No word yet on any further details as of this time.

And in case you missed, I just recently published my interview with Bryce Papenbrook at the Sword Art Online Alicization premiere event. Among some of the topics I talk to him about, we discussed his role as voicing Kirito as well as Kirito’s character going into Project Alicization, his relationship with Asuna, his harem, the show’s success and its critics, among other things. Check it out by clicking here.

Does Whatever a Spider Can. Only Toonami on [adult swim] on Cartoon Network.