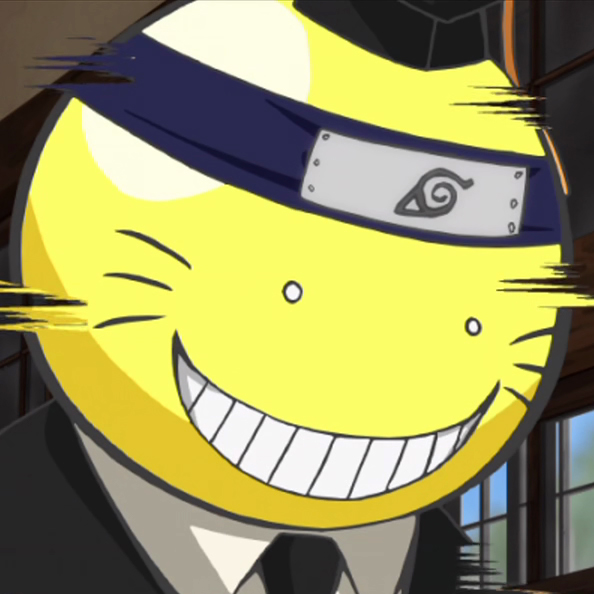 “Come now, we’ve covered this. The poor beast isn’t as terrifying as all that. Start by observing that fin. On closer inspection it’s just that, a fin. Next, look over each part of the question with the same attention to detail and piece together what you find. Wollah! A trivial adversary indeed. Now use that trusty blade to fillet it.”

This Toonami Trending Rundown is a double-feature for the weeks of September 26-27 and October 3-4, 2020.

For the night of Sept. 26-27, #Toonami would trend on Tumblr alongside #JJBA. Unfortunately, there weren’t any trends on Twitter for that night. On the other hand, for Oct. 3-4, #Toonami would trend in the United States on Twitter alongside JoJo’s Bizarre Adventure and Assassination Classroom. #Toonami also trended on Tumblr. The full list, including statistics and tweet counts from the Twitter app, can be seen below.

Last week’s feature was a “Criminal Threats/Building you a Better Cartoon Show” themed montage. You can check it out below.

This week, Toonami showcased a new animated music video, “Magnum Bullets” by Night Runner, featuring Dan Avidan. You can check it out below.

A quick update regarding the “Holy Calamavote” event later this month: due to a COVID-19 related health scare involving the production crew, the Run The Jewels televised concert originally meant to be televised on Oct. 10, will now be pushed back a week to air on Oct. 17 at midnight. As previously reported, the entire schedule will be shifted back an hour to make way, except Black Clover, as that show will take the night off since Toonami has caught up to the SimulDub production.

For the first time since 2010, the InuYasha franchise has resumed this past week with the premiere of Yashahime: Princess Half-Demon. For those who want to check out the subtitled version, the simulcast is available on Crunchyroll, FunimationNow, and Hulu. In regards to an English dub, Viz mentioned that it “would follow shortly after.” Whether we will see Yashahime join Toonami as with previous seasons is also a question for the future. Of course, it doesn’t hurt to send your show requests to Toonami’s Facebook page or by directly messaging Jason DeMarco through his Ask.fm page or Twitter (@Clarknova1). We also recommend letting Viz Media know through their respective social media outlets.

GKIDS Films has announced that they have acquired the North American home video and theatrical rights to the original Neon Genesis Evangelion series as well as the Death and Rebirth and the End of Evangelion films. GKids plans on releasing a Blu-ray boxset sometime in 2021.

Finally, some big news for Toonami was released on Wednesday, as Adult Swim announced that Gemusetto: Death Beat(s), the sequel to Gamesetto Machu Picchu, would be premiering on the block on Nov. 7 at 1:00 a.m. EST. There is no information on how this news will affect Toonami’s lineup, whether this is a placeholder for Black Clover so the dubbing crew can catch up, or a replacement for JoJo’s Bizarre Adventure which will be airing its season finale a week before. Or if Gamesetto will air its entire season in a marathon (similar to how the first season aired during April Fools Day 2019) as Daylight Savings will also be ending on that night.

For those who are interested in checking Gamesetto out in preparation for the Toonami airing, the entire first season is available to view on Adult Swim’s YouTube page.

Special thanks to @Journeyman15 and others I forgot to mention for spotting some of the trends on this list.