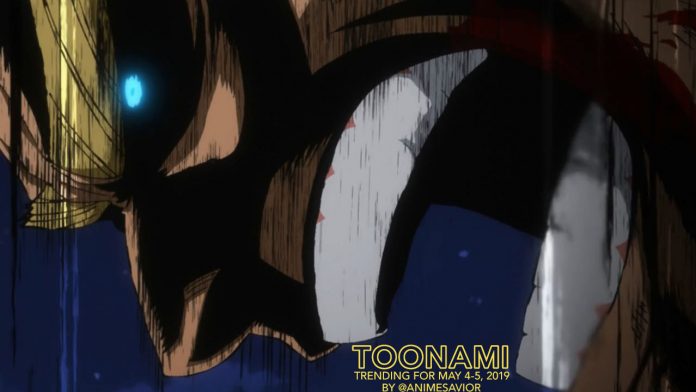 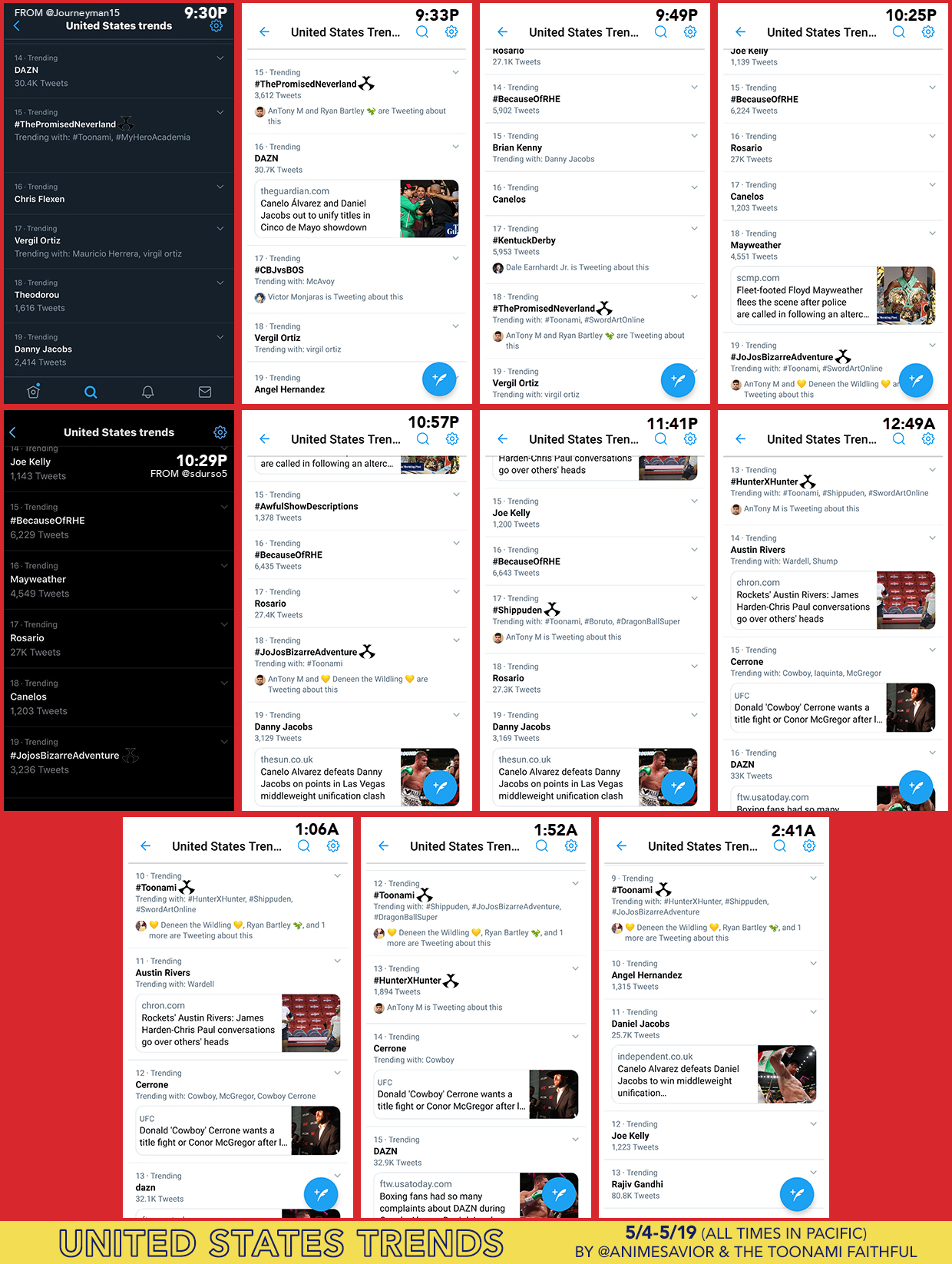 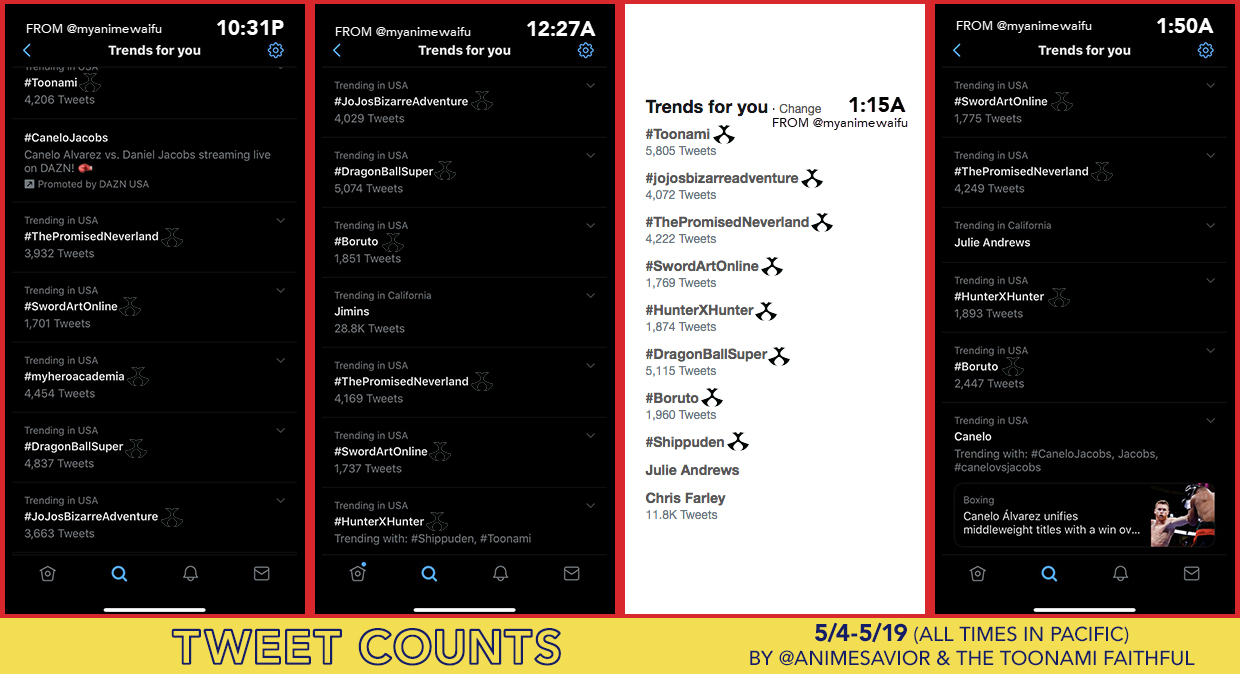 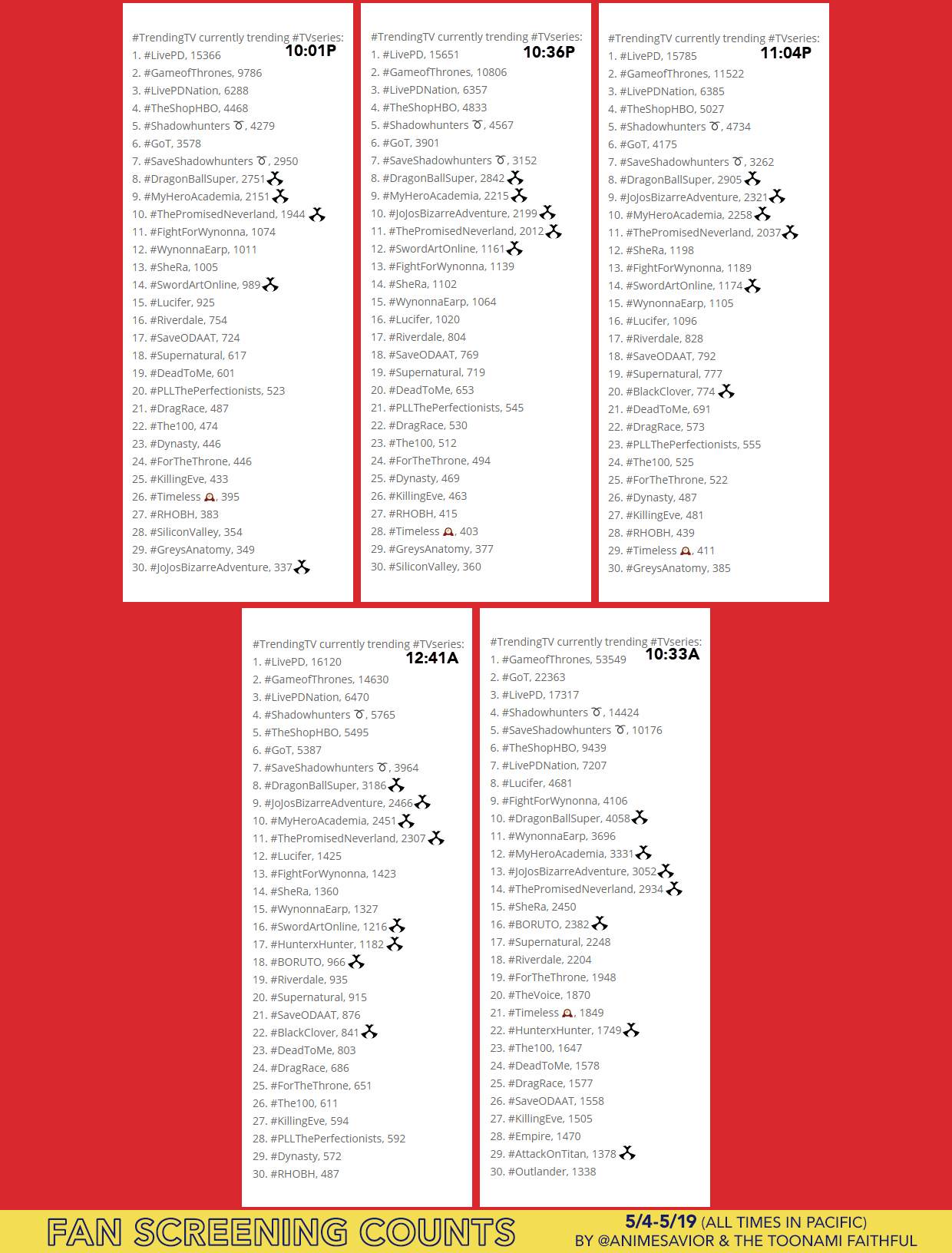 “You shut up [All for One]. Always toying with people, probing their weaknesses. You still break them, manipulate and discard them. You scoff at innocent people who are just trying to live happy lives. This cannot continue. I won’t let it!”

The Toonami Trending Rundown for May 4-5, 2019. It’s a big night for epic moments and cliffhangers, as All Might battles All for One in his (and Deku and co.’s) attempt to get Bakugo back, whiel Emma, Norman, and Ray investigate a potential spy helping mom among the kids, and Goku begins his epic fight against Jiren, among other great moments.

On Twitter, Toonami would trend along with The Promised Neverland, JoJo’s, Shippuden, and Hunter x Hunter. Dragon Ball Super, My Hero Academia, Sword Art Online, and Boruto also trended alongside these shows, but not outright. Meanwhile on tumblr, Toonami would trend alongside TPN and Shingeki no Kyojin. The full list including statistics and tweet counts from the twitter app and Amr Rahmy’s Fan Screening analytics app can be seen below. 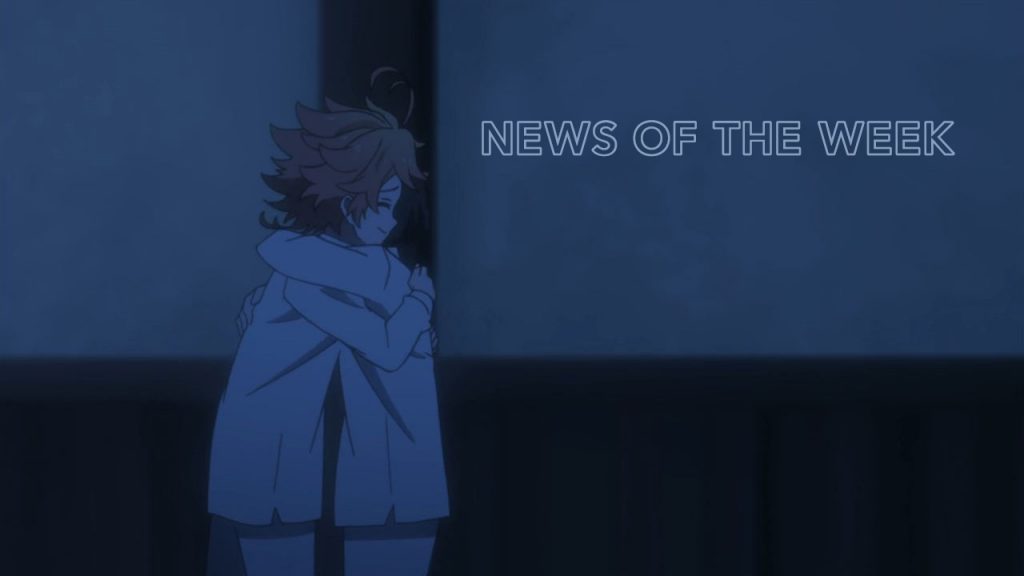 This week, Toonami showcased a new music video titled “Mariah” by Lilbootycall. You can check it out below. 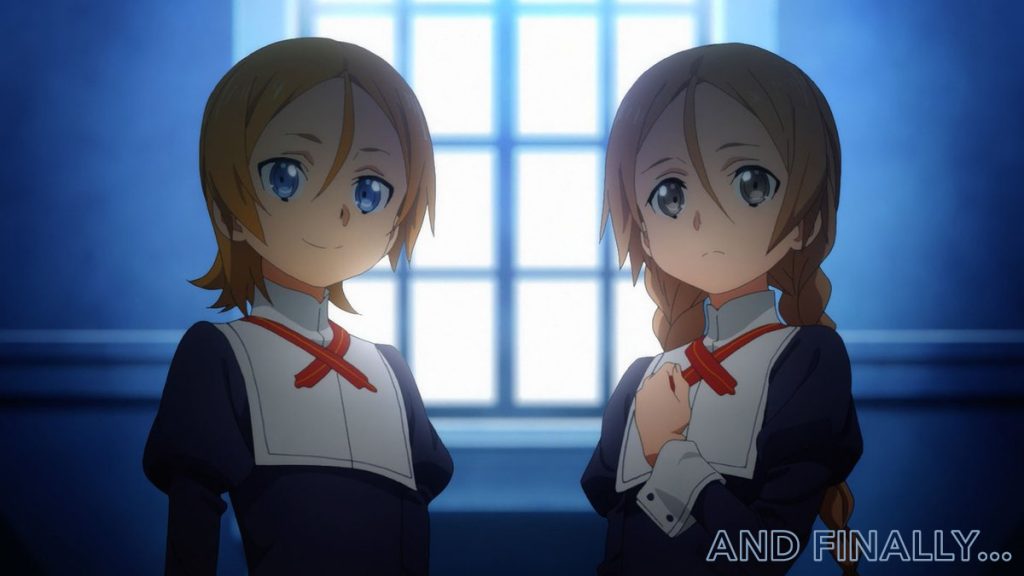 Tune in next week as Goku unveils a new Super Saiyan form in his attempt to stop Jiren, among other moments. We wish everyone celebrating a Happy Ramadan and we’ll see you again next week for another round of the better cartoon show. Later.

Special thanks to @Journeyman15, @myanimewaifu, @sdurso5, and others I forgot to mention for spotting some of the trends on this list.