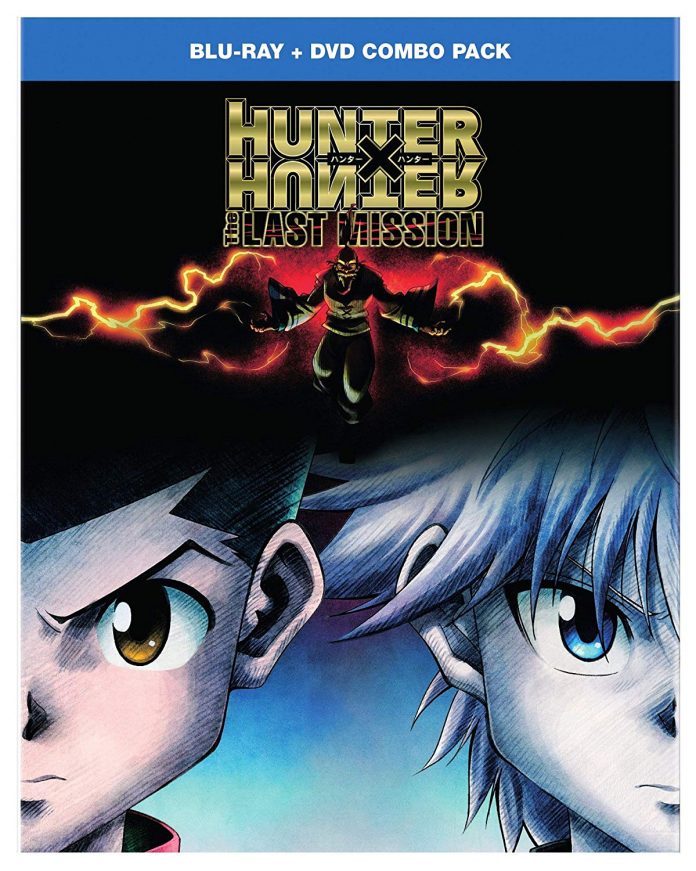 I’ve somewhat become the Hunter x Hunter expert at Toonami Faithful. I’ve been reviewing every volume of the anime that VIZ Media releases as well as the films. It’s become my most prolonged assignment to date, and one that I’m fond of. So getting the chance to watch the last movie of Hunter x Hunter felt a bit nostalgic for me. It has continued to be the gold standard for how I want an anime to be (especially with long-runners) and the English dub has always impressed me. The films thus far haven’t been as high as the series, but I view them as more of an extra for fans of the franchise to covet. Sadly, The Last Mission didn’t give me the same feelings I’ve had from previous films, and in fact, felt off compared to what I usually expect.

Hunter x Hunter: The Last Mission takes place at the Heaven’s Arena. A huge event called the Battle Olympia Tournament is taking place, where all the floor masters fight each other. Gon and Killua rush over to watch their old friend Zushi compete (who is a floor master himself now). Everyone is excited, but the fights are interrupted by a group of terrorists known as the Shadow. These people used a different type of aura ability called On (which is billed as being the opposite of Nen) and were eradicated by the Hunter Association (by Chairmen Netero). However, not all of these people were killed and formed a group to take on the Hunter Association to make their presence known to the world and tell what atrocities they have faced. It’s up to Gon, Killua, and the rest of his friends to stop the Shadow from attacking and free his friends from the clutches of this powerful new ability that is utilized by malice.

While Hunter x Hunter can have its dark and disturbing moments (York New City and Chimera Ants arc as examples), the darkness in this series didn’t feel like it belonged at all. The main antagonists dealt with genocide, since the government that governs the Hunter Association was fearful of their power and sent hunters to eliminate them. It’s a tragedy that these characters had faced. They then become the bad guys themselves, trying to convince the world of not only their existence but of their power as well. The story of The Last Mission turns the minority that was oppressed into villains, and that didn’t sit well with me. These people, in turn, began preaching of their dark way of life that others should follow (mostly pushing the power one can get from using On). It’s as if The Last Mission was telling a story at how an oppressed party can become villains, making the point that they should stay oppressed. It’s a weird interpretation that didn’t feel right. This film turned the Hunter Association into a devious organization that I found hard to cheer for and made me feel more uneasy that I ever did.

To be blunt, the Hunter Association was painted into a corner to become oppressors. Sure, Chairmen Netero didn’t want to kill these people. But the decision was out of his hands, as he was ordered to kill. Other Hunters joined in, and this mission turned into a deadly game of killing humans (which didn’t feel consistent with the rules the Hunter Association has to follow). This was why the Shadow’s leader Jed wanted Netero to publicize the “Black Report” giving all the details of what his people had to suffer. It was gross, and something that I found troubling to see in a popular franchise. This isn’t the kind of message I’d want to show to a younger generation of fans, nor do I think older ones would find it palatable. Both sides were painted in a negative light and created a dark vibe over the entire film.

And due to the tone, Gon didn’t fit in this story. His youthful optimism is a great trait of his throughout Hunter x Hunter and can be a bright spot in many dark story arcs. Gon can be viewed as a shining light that can bridge many opposing sides. I think that’s what The Last Mission was trying to go for, but I didn’t think it worked. Instead, I was more annoyed at Gon trying to make everyone happy, despite all of the wrongdoings that occurred. It’s almost as if Gon couldn’t comprehend that those evil things happened. He tries his best to bring joy to opponents, but I didn’t think that would help. Even in his fight with Gaki, where he did break through, it felt forced because he’s the main character. It was unrealistic to think that his simple words could change the deep-rooted hate. Not to mention that Gon is fighting on a side that isn’t in the right. And in a plot where no one looks right, it makes him stand out too much to where I didn’t think he belonged (same goes for Leorio).

That isn’t to say that this film didn’t have its merits. The animation looked great and kept my attention. I thought the fight choreography was on point and led to some dramatic moments throughout the film. I enjoyed watching Gon and Killua fight their way through Heaven’s Arena to find out who was causing the trouble in the first place. Watching the face off against the floor masters who were being controlled, as well as Gaki were both enjoyable. I loved seeing the three face off in an elevator shaft, making the dynamic camera views fun, as well as the strategies both parties used to finish each other off. Plus, seeing Kurapika take on Shura in the control room of the building was a fight I wish we got to see more of than we did. With a film as dark and disturbing as this, having something to keep the interest of its viewers is essential, and the fight scenes did that. I wanted more substance out of Hunter x Hunter, but I’ll take what I can get with The Last Mission.

I’m late to announce, but I had the pleasure of voice Directing an incredibly talented cast in Hunter x Hunter: The last Mission!
Check it out at a theater near you! Thank you @mummynyan @VIZMedia for the opportunity! https://t.co/CZ2s8gI0um pic.twitter.com/rHEfCAj26i

The English cast continues to perform at its best for this series and will always be the main selling point of anything Hunter x Hunter (in the U.S.). The main cast of Erica Mendez, Cristina Vee, Matt Mercer, and Erika Harlacher do the protagonists justice and it’s always a treat to hear the entire group together. And you can tell at how much each actor/actress has perfected their craft in getting their performances just right. Besides the main cast, it was great to see others, such as Zushi, Wing, Biscuit, and Hisoka return for more than a cameo appearance. The best performance came out of Billy Kametz, who was the voice of Jed. I thought he did a great job at giving the main antagonist a voice that sounded like a pure evil preacher. Overall, I found the cast did a great job in bringing their characters to life.

The VIZ Media release comes in a standard Blu-ray case with a cardboard slipcover that I’m sure many anime fans are accustomed to owning. Thankfully, Hunter x Hunter: The Last Mission is chalk full of extras for fans. For those who are fans of the dub, VIZ Media provided a total of six interviews with the English cast (with Erica Mendez, Cristina Vee, Erika Harlacher, Matt Mercer, Keith Silverstein, and Kira Buckland). They also added content for those who enjoy the subtitled version of the franchise. VIZ Media had Japanese cast interviews as well as a Japanese movie premiere event that took place back in 2013 also as extras. The cast interviews were with Hiroyuki Amano, Mizuki Yamamoto, Shidou Nakamura, And Megumi Han. Plus there were two dub sessions with Super Girls as well as with Amano, Yamamoto and Nakamura which I’m sure many fans would be interested in watching. Finally, both trailers of the film and an art gallery were also included.

I’m conflicted with how I’d rate Hunter x Hunter: The Last Mission. On the surface, the film provided more content of a franchise I love. I can’t get enough of Hunter x Hunter and it has become popular in the U.S., thanks in large part to the 2011 series and it’s broadcast on Toonami. However, this film didn’t feel like it fit the typical Hunter x Hunter crowd. Sure, the series has reached darker moments, but this felt quite a bit off in some uncomfortable ways. The antagonists were sympathetic (which you see in many films), but I think it went a little too far in building up these people they way they did. They turned the oppressed into a dangerous and maniacal bunch that I didn’t like. Plus, making the Hunter Association look like profiteers of this genocide is something that I would not have expected in Hunter x Hunter. It’s unsettling, and so it’s hard for me to gauge how well it will be received. There are some positive things in the film, but not enough to get me to give the glowing review that I’m used to for Hunter x Hunter. If you are bored with simply watching the series, then I’m sure you’ll want to grab this movie. But if you are on the fence, I advise you to check it out on a streaming service (whenever that happens), before making the plunge to buy.

Cons: Weird dynamic between the Shadow and Hunters that was uncomfortable; making the Hunters be viewed as evil oppressors; making an oppressed group become an evil faction.