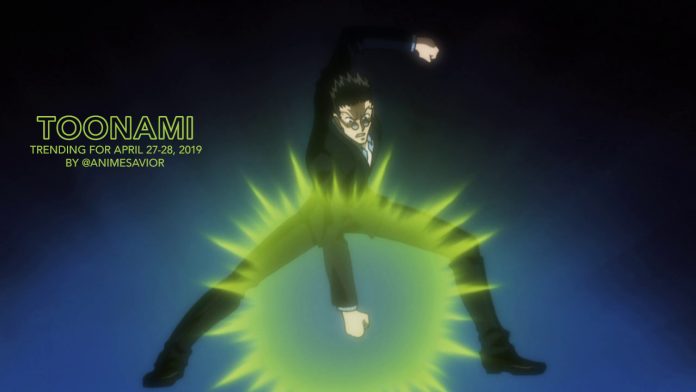 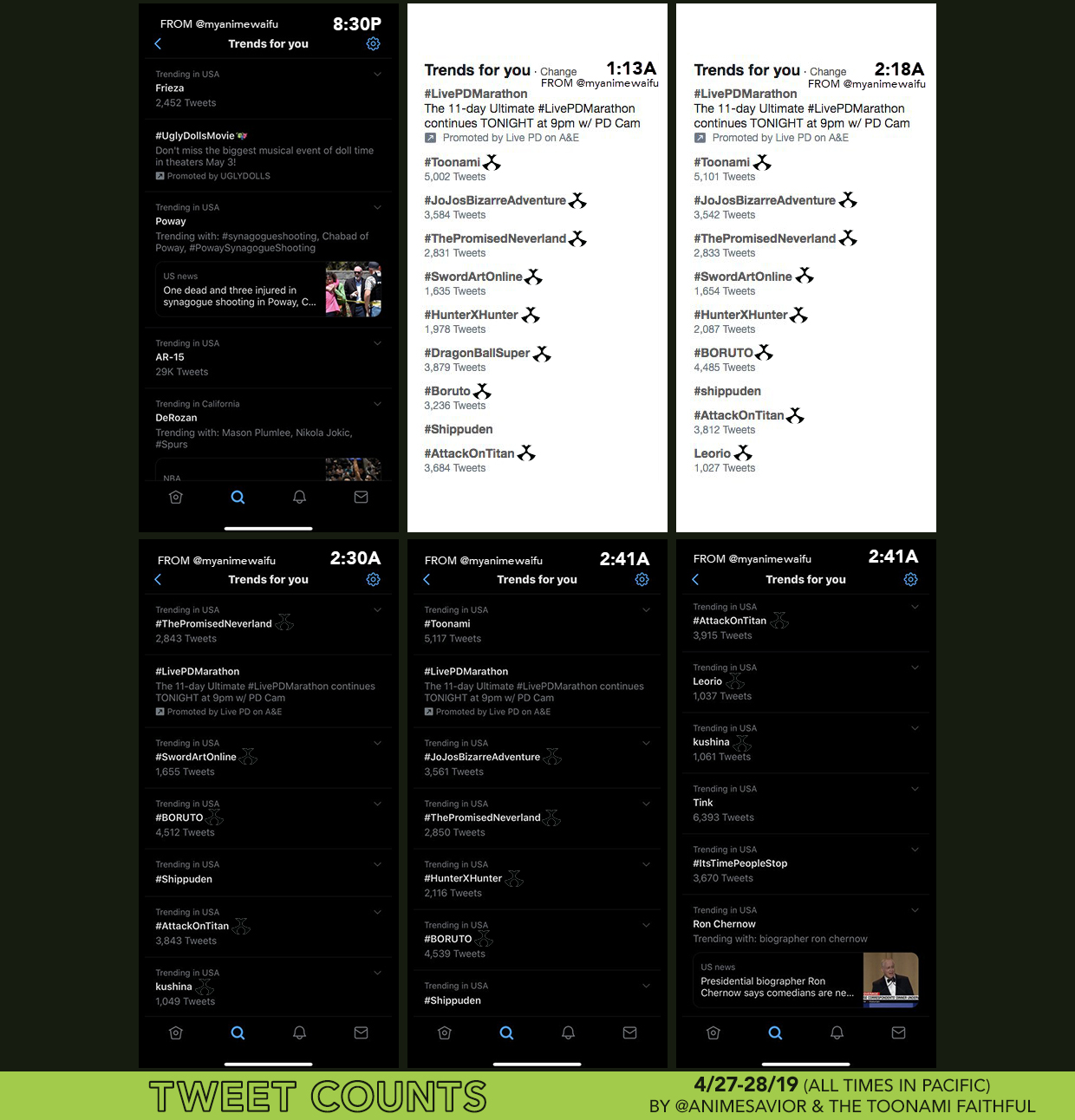 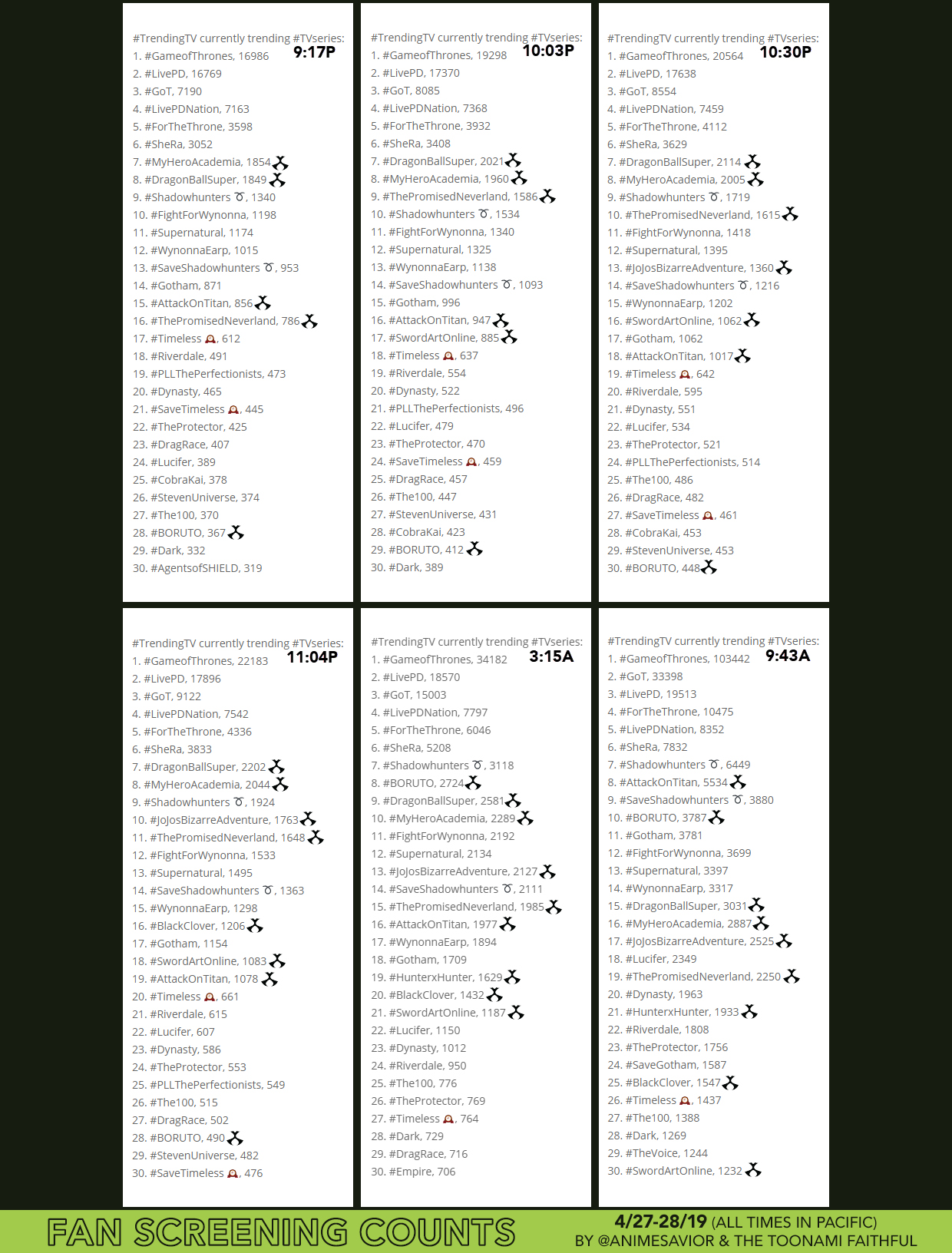 Leorio: “I’ve got a question for Ging that i want answered. Why haven’t you gone to visit Gon yet? You’ve got to know what condition he’s in. Don’t you?”

Ging: “Oh. I appreciate that. I hope you’ll stay friends with him That’s all. So…”

Leorio: “You didn’t answer my question. Just visit him. Go before it’s too late damn it.”

Ging: “Well, from all the stories I’ve heard, he has quite a few friends like you, and what I’m saying is that’s enough.”

Leorio: “This is not the time to mess around. Don’t you care? Do you have any idea how much Gon’s wanted to see you? If you would just go and talk to him, who knows, maybe that might help him start to recover.”

Ging: “Did he say he wanted me to come? Did he tell you that? He said those words?”

Leorio: “Like he’s in any condition to. Bastard…Die, you asshole!”

The Toonami Trending Rundown for April 27-28, 2019. Another fair night for the better cartoon show as Killua takes Alluka to Gon in hopes of reviving him, while Frieza teams up with Frost in an attempt to get back at Gohan, and Naruto reunites with Kushina as he attempts to control the Nine Tails’ Power, among other great moments.

On Twitter, only #HunterXHunter would manage to trend in the US in a very busy night in the social media world. Toonami, JoJo’s, and Shippuden would also trend alongside HxH, but not outright. Character trends were also spotted for Frieza (as he doublecrosses Team 7 in his attempt to get the MVP reward, but double-crosses Frost as well), Kushina (as she tells Naruto her relationship with Minato and eventually giving birth to him), and Leorio (as he calls out Ging for his lack of concern for Gon). Meanwhile on Tumblr, Toonami would trend alongside #JJBA and Hunter x Hunter. The full list including statistics and tweet counts from the twitter app and Amr Rahmy’s Fan Screening analytics app can be seen below. 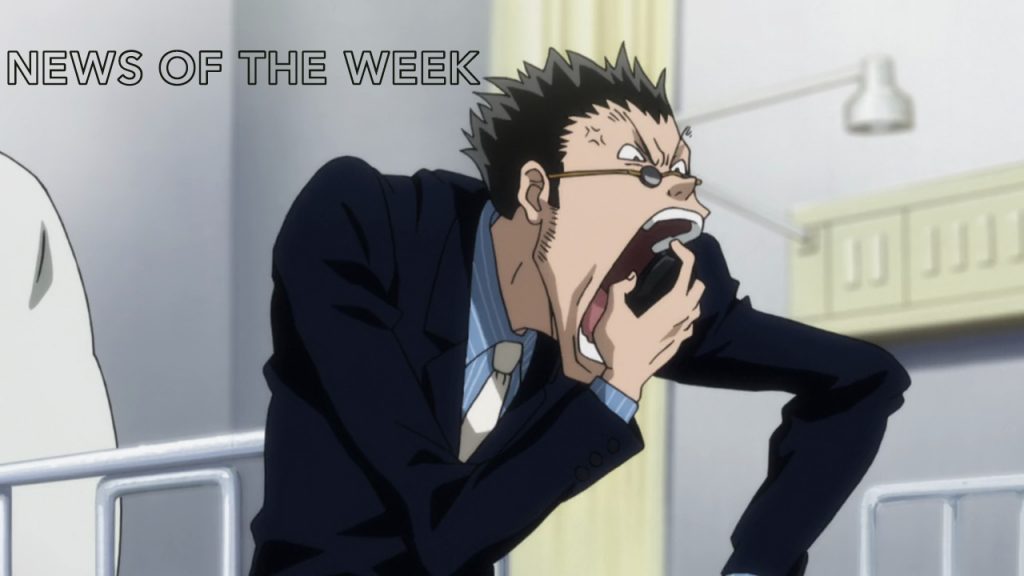 Last Friday marked 30 years since the Dragon Ball Z anime originally premiered in Fuji TV in Japan, and to commemorate the occasion, Toei Animation, Bandai, and Toonami are giving away a Limited Edition Dragon Ball Prize Pack. Check out adultswim.com/toonami/30th to enter for your chance to win.

In Pop Team Epic news, a special 13th and 14th episodes of the series which aired in Japan on April Fools Day have just been released dubbed this week on Funimation Now. No word on if Toonami plans on airing these episodes at this time.

The countdown begins for part 2 Attack on Titan season 3 as while the season has begun in Japan, the dub premiere is just 4 weeks away. Not much else to say other than we’ll see you again next week for another round of the better cartoon show. Later. 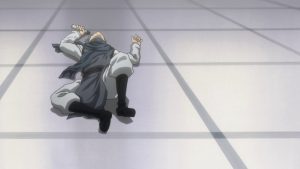