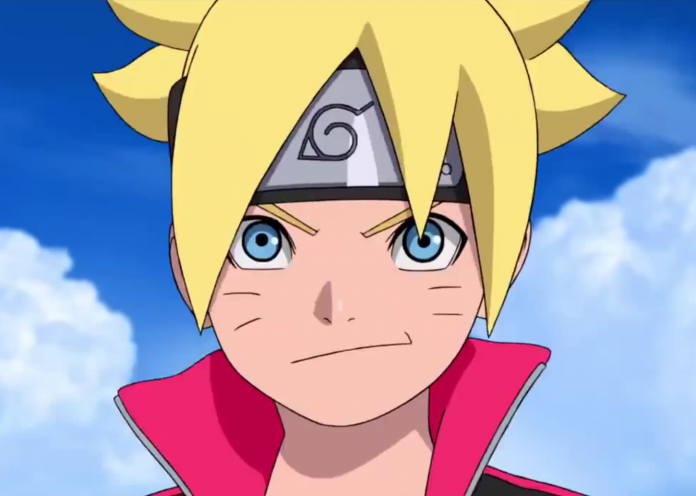 Toonami at San Diego Comic Con gave fans a treat during their live Preflight episode. Coming up after Pop Team Epic will be Boruto: Naruto Next Generation (Boruto). I can’t say I’m completely shocked by the move, considering that many believed it would eventually come to the block. But when looking at the current lineup, I am a bit surprised at Toonami making this play now. That isn’t to say I’m crushed by this decision, quite the contrary. I’m very excited to hear the English cast get to dive into these roles on a long-term basis. But I’m wondering how detractors will feel about yet another shōnen, and Naruto Shippuden (Shippuden) is still on as well. This thought leads me to believe that the reaction to this latest show acquisition is a lot more mixed than Toonami would hope for.

Announcement: The next generation of ninja have arrived! Boruto: Naruto Next Generations premieres on Toonami Saturday, September 29th! pic.twitter.com/AhFVh7ASJD

I think I’d be waffling if I didn’t like the move, considering that I was okay with Dragon Ball Super (Super) airing at the same time as Dragon Ball Z Kai (DBZ Kai). Fans are loyal to Dragon Ball, and so I felt like having both air to kick off the block was the best move for Toonami. I mean, considering what the traditional viewing numbers of both Super and DBZ Kai, it made sense. People continued to show up for this franchise. So I’m okay with both Shippuden and Boruto airing, as both are popular in their own right (Jason has stated how Naruto and Shippuden do well on the block before). While it isn’t on the same level as Dragon Ball, Naruto has always had a strong following, to where it could air later and later and people would either stay up for Naruto or return to Adult Swim for it. It seems that the overall legacy of Naruto is as strong as ever, which would make Toonami believe that they should pick up Boruto (when a dub was ready) as fast as they could. It’s always done well for Toonami, so why not?

Plus, Toonami chose a solid time to double up on a franchise after they just finished the Dragon Ball hour. Could you imagine the outcry if Toonami was still airing the Dragon Ball hour and also adding the Naruto franchise? With how much fans were begging for a variety of content, having all that shōnen, with four shows encompassing two worlds could feel redundant. There would be pitchforks. So instead, it’ll be Naruto’s turn to shoulder the load and take up an hour of Toonami’s time to attract viewers. I believe it’s a testament to how valuable Toonami views this franchise, which is no laughing matter. Back in the Cartoon Network days, Naruto was the headliner for Toonami.

I find it funny how the status of Boruto’s English dub was barely asked about during all the conventions I’ve been to. You’d hear fans pepper VIZ Media with questions about JoJo’s Bizarre Adventures: Diamond is Unbreakable (or Golden Wind) and the Mr. Osomatsu anime, but not Boruto. Maybe it was due to the movie that came out recently (and that Toonami Faithful reviewed) that people weren’t as interested (finding out who will play who is a fun thing for anime fans to get excited about). We already know who the cast will be for some of the more important characters like Boruto, Sarada, and Mitsuki, and given how much of the old cast returns, I can only assume they will be back. VIZ Media generally dubs the titles they receive, so it was a foregone conclusion that they’d dub the Boruto series. But considering how few questions were asked about it, I’m surprised that there are enough episodes dubbed for Toonami to start airing (even though the subtitled version will be over 70 episodes ahead). After all, there’s no final episode in sight, and I have to believe that Boruto will be airing for a long time.

With what I’ve watched of Boruto (I’m not yet up to date), it was a fun ride. Boruto establishes itself as a somewhat different show than what Naruto and Shippuden were. We are in peace times, and Boruto has no aspirations to be the Hokage like his father. In fact, he and Naruto go through a bit of a rough patch to try and get by, due to how busy Naruto is. And the tone of the series is different. We are watching evil try to come out of the woodwork to disrupt these peaceful times, which is very different from the “war can spark at any moment” feel that both Naruto and Shippuden had.

The question is, how will this work in the lineup? Boruto will air ahead of Shippuden, well before Shippuden finishes it’s run. Since Shippuden has finished its run in Japan, many of the die-hard fans are well aware how the story concludes (especially if they are manga readers). Heck, those same fans are probably up to date with Boruto, too. But I wonder how those who aren’t current with Shippuden and Boruto will feel, ultimately seeing how things end before we watch it unfold in Shippuden. It didn’t seem to make that much of a difference with Dragon Ball Super airing before DBZ Kai. But I find these two examples to be wildly different due to how Dragon Ball Z (DBZ) aired long before DBZ Kai or Super. You’d find more people who’ve already seen DBZ compared to those who have already finished Shippuden.

Plus, this certainly kills the diversity fans have wanted. Boruto will begin once Pop Team Epic is over, and while FLCL Alternative gives off that “slice of life” feeling, I’m sure the shōnen sandwich in between it will be met with groans. There’s been a feeling of shōnen overload with Toonami, and there are some who are feeling that Toonami isn’t making an effort to add different types of shows. I can see what they are saying to an extent. Having more than just shōnen on Toonami can be a good thing. The problem is that the shōnen genre has been Toonami’s bread and butter, and it typically does the best when it comes to those “oh so” desirable ratings, in both the traditional and non-traditional sense. Why wouldn’t they go for a popular anime like Boruto to lock up the dub for their airwaves? The overall franchise is widespread, and it gives off a much different feel than Shippuden. Add the fact that an English dub is now available, and Toonami would obviously make a move to air it. It makes sense even if Shippuden hasn’t ended yet.

For those worried about Shonen Jump shows and variety on the block: https://t.co/bZzuuPuKIK pic.twitter.com/cboyT9qmQK

I wouldn’t say this is the end of non-action shows airing on the block. Not only has Jason DeMarco said they are looking at other options, but maybe with all the premieres they are getting, they can use these non-action shows to replace the rerun slots (in the future). Just because Boruto was added doesn’t mean it’s the end of the world, and the non-action shows will never rise again. For this most recent acquisition, I bet Boruto was requested a lot more than any of us realized. So hold out hope, continue to support shows like Pop Team Epic and FLCL Alternative, and you might get your wish down the road. But Toonami needs to reap a benefit for airing those types of shows, so a lot of it will come down to fan interest.

Ultimately, I’m pretty excited for the move. I’m glad to hear how far along the English dub is in the series. The cast from the movie sounded so good, and I think a lot of fans will like who they will hear in the show. Plus, it’s nice that the once FUNimation-heavy block is now getting more diversity with VIZ Media shows joining. This seems like the most VIZ Media shows on the block at one time once Boruto airs. So it’ll be interesting, and maybe those who weren’t a huge fan of Shippuden can take a shot at watching Boruto (I’ve had talks with non-Naruto fans who like Boruto more). Let’s see how this plays out, because I will be very interested in how the lineup will look once we see the character who sparked the meme of Boruto’s dad.