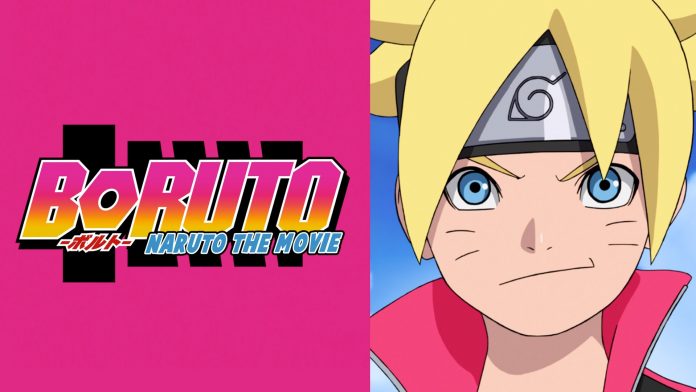 Is this a movie about Naruto’s son, Boruto, as he walks the path of a shinobi, or is it about everyone’s favorite hyperactive knuckleheaded ninja who just happens to be the Leaf Villages new Hokage (he finally reached his goal!)? It would be quite the victory lap to see Naruto as he handles his duties as the most powerful ninja in the village. However, don’t let the title of the film fool you (as it is a confusing one), fans will get to see the next generation of shinobi, which should excite viewers. Just as they were with the Boruto manga coming out every month in Weekly Shonen Jump (WSJ), fans will get a taste as to what’s to come before the anime series is dubbed. So what will fans feel as they watch the latest installment in the Naruto world? 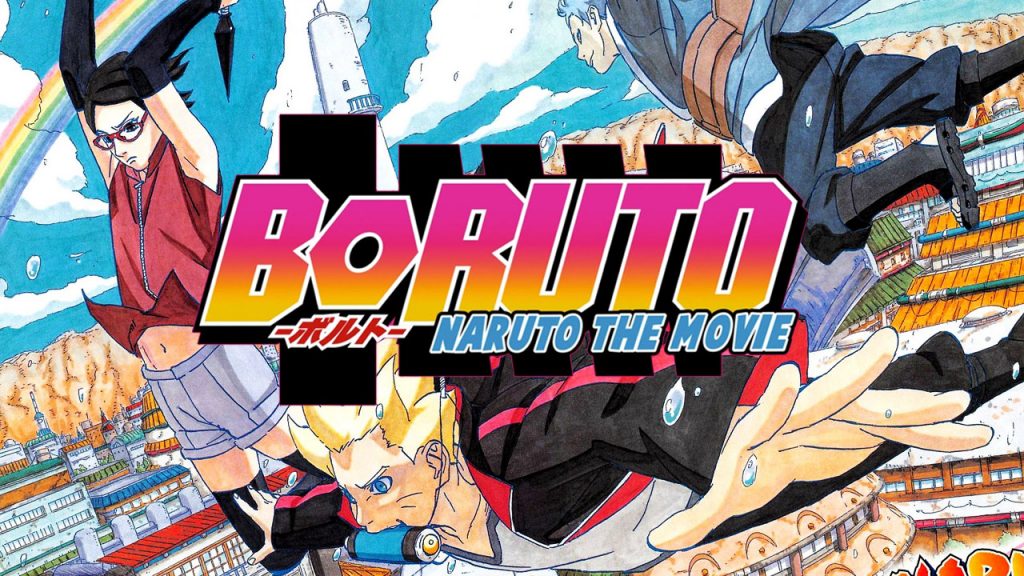 The best part of Boruto: Naruto the Movie? It’s canon. This movie follows the first few chapters of the manga, unlike what the current anime did (very little source material is out for the manga). Now the anime has been pretty good and has done a great job with making the series fun to watch despite that fact. But I like how the movie goes right into the meat of what readers of WSJ have been exposed too. I’m excited to see what the anime adapts from the movie, because I’m sure in some instances it will get more chances to breathe (like the Chunin Exam fights that Boruto wasn’t involved in). I’m also glad that the movie decided to go with what was already available from the source material, instead of some new adventure to build excitement for Boruto. It gave the movie a more authentic feel, and that it is crucial in any adaptation of manga. Most anime movies of long-running franchises are not necessary to view. But because this film is based on the manga, it almost feels like it’s required to watch if you enjoy the manga (or the franchise as a whole).

What makes Boruto: Naruto the Movie special is how this world is given the chance to age with its fans. Very rarely does a series end and then continue on to build an even bigger legacy. However, with the new lead Boruto, fans of Naruto now get to watch his son grow into a shinobi, and it left me feeling nostalgic. Seeing how the Leaf Village has developed after all the turmoil the village has faced was fun. Plus Naruto fans get to see everyone’s children, which was a huge part of the conclusion of the Naruto manga. Seeing the new generation strut their stuff is a huge win for those who have followed Naruto since the beginning.

I think the most important thing for Boruto to do is to make fans feel it is its own story and not just a continuation. We’ve seen Naruto’s journey and he’s finally reached his end point of becoming the Hokage. I’m fine with him showing up every now and then, but making him a focal point of the movie (and the series, if that happens) isn’t the way I’d want the Boruto series to grow. Fans have seen over 700 episodes and countless movies watching Naruto defy the odds, so it’s about time that someone else takes the spotlight now that time has passed. So to make things feel like it’s going in a new direction, Boruto’s motivations differ from his fathers. It’s nice that Boruto has his own goals in mind and doesn’t feel that he has to be Hokage, considering it’s the “family business.” I do find it a bit cliched that Sarada and Boruto would want to be the child of the other’s parent, but it adds a nice dynamic to the team.

Over the years, Naruto has had some memorable fights, both from the animation and how dramatic they were, so I was looking forward to what I’d see for this latest project. For Boruto, I greatly enjoyed the fights, especially when the stakes were high. Right off the bat, we watch Sasuke take on an adversary in the first three minutes, which did a great job getting fans invested for the rest of the film. But the quality of the fights doesn’t diminish as we watch Boruto and his classmates try to pass the Chunin Exams. The match that left a great impression on me was Boruto’s first one-on-one fight against Yurui in the Chunin exams; it just looked cool (especially with all the bubbles floating around). And as we progressed through the story and reached the final battle, the action and animation continued to impress. The explosions from the Rasengan were also a spectacle that added an element of nostalgia for those who grew up watching the previous series (plus, what kind of action movie would it be without a massive explosion?).

For the English dub, Amanda Miller as Boruto couldn’t have been more perfect. Her tone and vocal range fit the character so well that whoever cast her deserves a job for life. Miller sounds like she could be a blood relative of Naruto and matches every expression that Bortuo throws at her in the movie. That alone makes the English dub a pleasure, but the main crew of Cherami Leigh (Sarada) and Robbie Daymond (Mitsuki) flow wonderfully, as they all seem to be really into their roles. You can hear the chemistry of the leading trio (even though the lines were probably dubbed one by one), which isn’t that much of a surprise, considering they all work on Sailor Moon together. Hearing Leigh continually talk about becoming the Hokage wasn’t as irritating as I thought it’d be; that can be a tired trope. She did a great job of adding an enthusiastic tone without it coming off as obnoxious. I would’ve liked to hear Mitsuki have a few more lines to let Daymond flex his muscles a little more, but when he got a chance to speak, I left feeling satisfied.

And for all the Naruto fans out there, you won’t be disappointed with both Malie Flanagan and Yuri Lowenthal reprising their roles as Naruto and Sasuke. It seems that all of the old cast (who were present in the movie) have returned, putting a huge smile on my face as I listen to the familiar voices of old heroes as they have now aged. Shikamaru and Hinata get some extended screen time, so it was a pleasure to listen to Stephanie Sheh and Tom Gibis return to their memorable characters. I would’ve loved to hear more from Sakura (Kate Higgins) and of course other personal favorites of mine. But you can only have so many characters on screen getting lines without it taking away from the main story.

The big question then becomes: are we watching the passing of the torch from Naruto to Boruto instead of just another movie where we follow Naruto. The answer is a little murkier than I’d like. We do monitor Boruto and his team in this movie. We see the angst of Boruto wanting his father around to be a dad instead of putting the village ahead of the family. We watch as Boruto wants to become stronger than his dad as he trains with both Konohamaru and Sasuke. In fact, he nearly skipped the Chunin Exam until he was goaded into it (by saying his father would notice him). But for the latter half and the ending of the movie, it felt more like Naruto took the spotlight away from his son. The main villains (Kinshiki Ōtsutsuki and Momoshiki Ōtsutsuki) of the movie were interested in grabbing the jinchūriki chakra. Obviously, that means Naruto will be involved. But when the attack on the Chunin Exams commenced, Boruto was nothing more than an extra. It felt like Boruto wasn’t utilized or wasn’t necessary at the end. You had the five Kage’s with Sasuke and then Boruto in the fight. That makes Boruto look somewhat out of place, so I found it hard that he was the key to finishing off the adversary.

I understand the balance in showing both new and old characters, especially in a movie, to make both the old fans happy and to attract new fans. You want them to become more invested in Boruto’s journey now that it’s the new one to follow. I’m just not sure if the movie did quite enough to do that. I do have a feeling that more fans of Naruto will leave feeling amazed, considering how awesome both Naruto and Sasuke looked. But new viewers who want to root for Boruto are left feeling down. Boruto was caught cheating on the Chunin Exams, expelled as a ninja, and used as a “trump card” as the final battle ended. I’d want a little more from him (and his team to an extent) than we got. I think the ending was handled well, with how both Boruto and Sarada want to follow their dreams. So while it ended on a high note, I think more should have been done to make us want to see the newest ninja trio.

The extras that are included are well worth the price, especially for the Blu-Ray release, as there is a special OVA that is dubbed. It’s a light-hearted tale of how Naruto got to his Hokage induction ceremony. It has more of the whacky family antics that’s meant for smiles. The movie also comes with storyboards, clean end credit, Japanese trailers and the Blu-Ray release also comes with an art gallery. VIZ Media provided a stand case with a cardboard slipcover, with the art on the slipcover giving off a very appealing look. I liked how the slipcover was designed and think others would feel the same way.

Overall, I found myself enjoying Boruto: Naruto The Movie a lot. Even with Naruto Shippuden airing on Toonami, it was nice to see Naruto reach his goal and get a chance for the next generation to shine. The movie’s primary goal was to get fans excited for the Boruto anime series (since this movie was released before the anime started) and I think it will do just that. I wanted to see the anime, especially since it was going to begin well before this adventure started. So while the anime series so far is technically filler, I think fans won’t mind a story that makes sense about how Boruto started. The technical aspect of the art and animation are up to the standards that moviegoers will expect with some stellar fights that were entertaining. I wonder if fans will feel that this was more of a Naruto movie than a Boruto one, and I’d love for the next generation to get more time on the screen beside Boruto. But Boruto: Naruto The Movie does an excellent job of entertaining fans and I think many will leave feeling satisfied, believe it!

Pros: The story is canon; the fights and animation impressed me; the new English voice cast felt perfect; all the old voice cast came back to reprise their roles; extras given in the movie release

Cons: Boruto felt unnecessary at the ending; wished the Sarada and Mitsuki had more time on screen; felt that Naruto took the spotlight at times.

C.J Maffris is an editorial writer for Toonamifaithful.com and GeekEInc.com. Feel free to follow C.J on Twitter @SeaJayMaffris