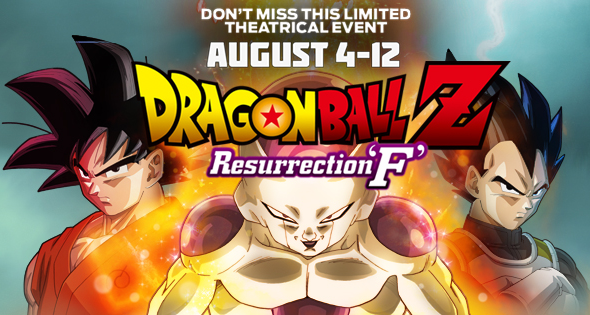 Funimation announced today that the movie Dragon Ball Z: Resurrection F will be released starting August 4 for a limited theatrical run. It will last until August 12. Further details about the movie have not been released. Funimation also released a teaser trailer for the movie. What do you guys think? Are you excited for this movie? Let us know by commenting below.