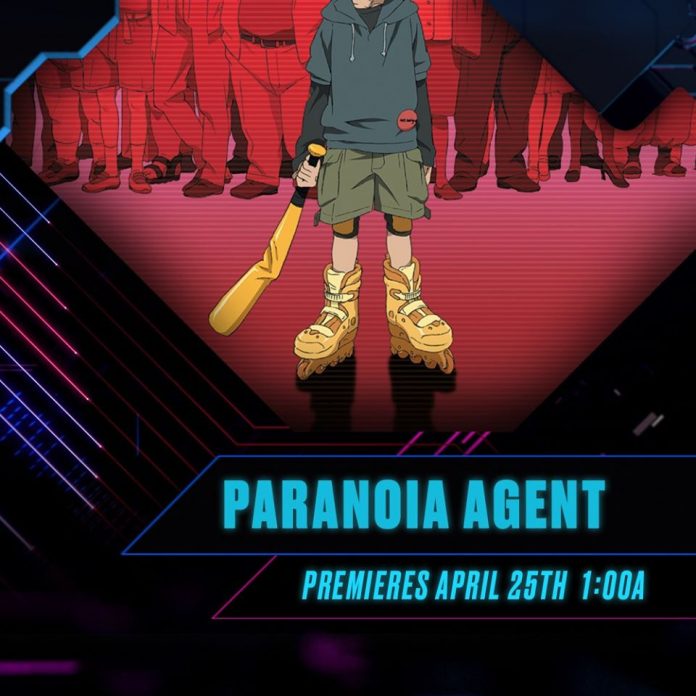 Toonami made another schedule announcement, as the acclaimed series Paranoia Agent, which was last on television in 2005, will be joining the lineup on April 25. The series will be replacing Food Wars at 1 a.m., putting this cooking series on hiatus for now.

Just like with Samurai Champloo, another Adult Swim Action series will join the Toonami lineup. In times of uncertainty due to the COVID-19 pandemic, it’s great to see Toonami bring in more content. Especially with it being a beloved classic such as Paranoia Agent. Fans were curious about what Jason DeMarco meant when asked about how the block would handle programming during these times, and the executive mentioned classics. The word had many wondering if former Toonami alums (Yu Yu Hakusho, Big O, etc.) would make a return. Instead, fans will be treated to a different type of series and one that I’m sure Toonami Faithfuls will enjoy.

For those who are unfamiliar with Paranoia Agent, ANN has a brief synopsis on the series:

An elementary school kid dubbed with the title “shounen bat” or “lil slugger” has been going around attacking people with his bent, golden bat. Now, two detectives are investigating so they can stop this kid from making any more attacks, but they will find out soon enough… that this case is much more than they expected.

Many fans were curious and saddened as to why Toonami decided to replace Food Wars once season two finished airing. Jason DeMarco quickly went to Twitter to explain that the rights for seasons three through five are different compared to what they negotiated for the first two seasons. But fans of the franchise shouldn’t be too distraught since DeMarco mentioned that he plans for Toonami to acquire those rights in the future.

There were a few fans who predicted this outcome, especially after FUNimation recently acquired the exclusive streaming and home media licenses for the hit series. Leaving many to wonder how hard Toonami rushed to air this series on the iconic block. Considering Toonami has aired Adult Swim Action alums before, it is clear that they wanted to get their hands on Paranoia Agent once it was available.

How do you feel about Paranoia Agent joining Toonami’s lineup? Are you sad that Food Wars is taking a break? Tell us in the comment section below or on our social media pages!