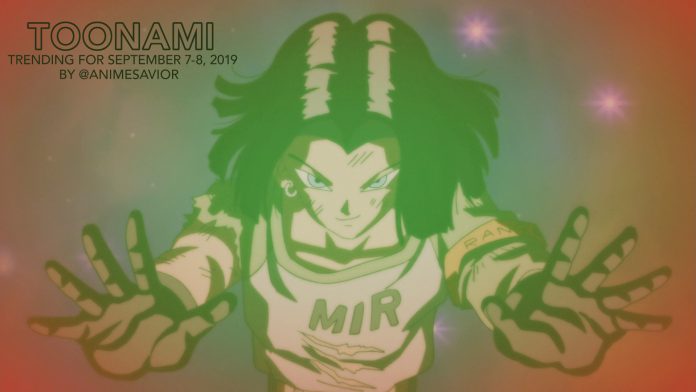 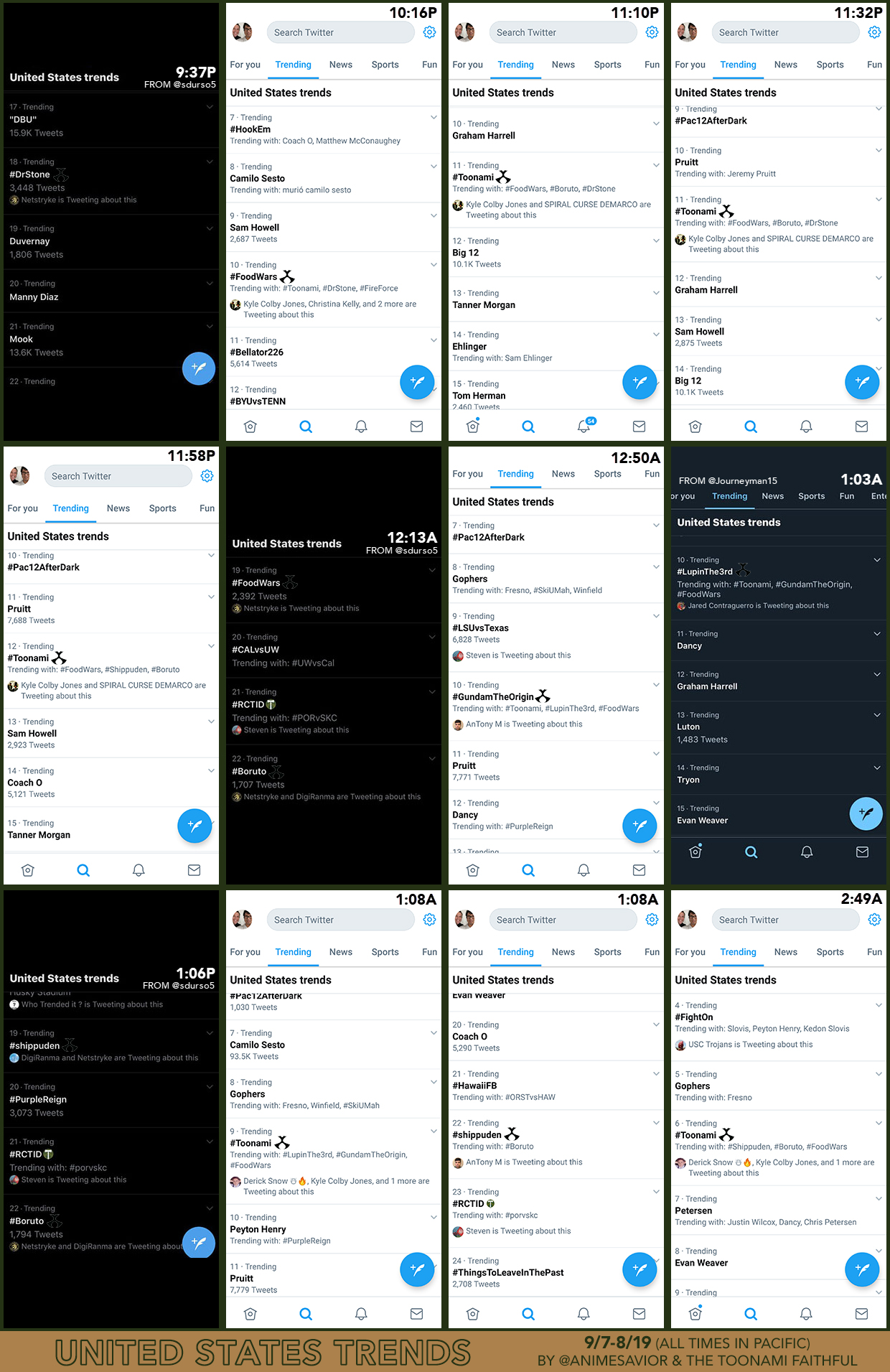 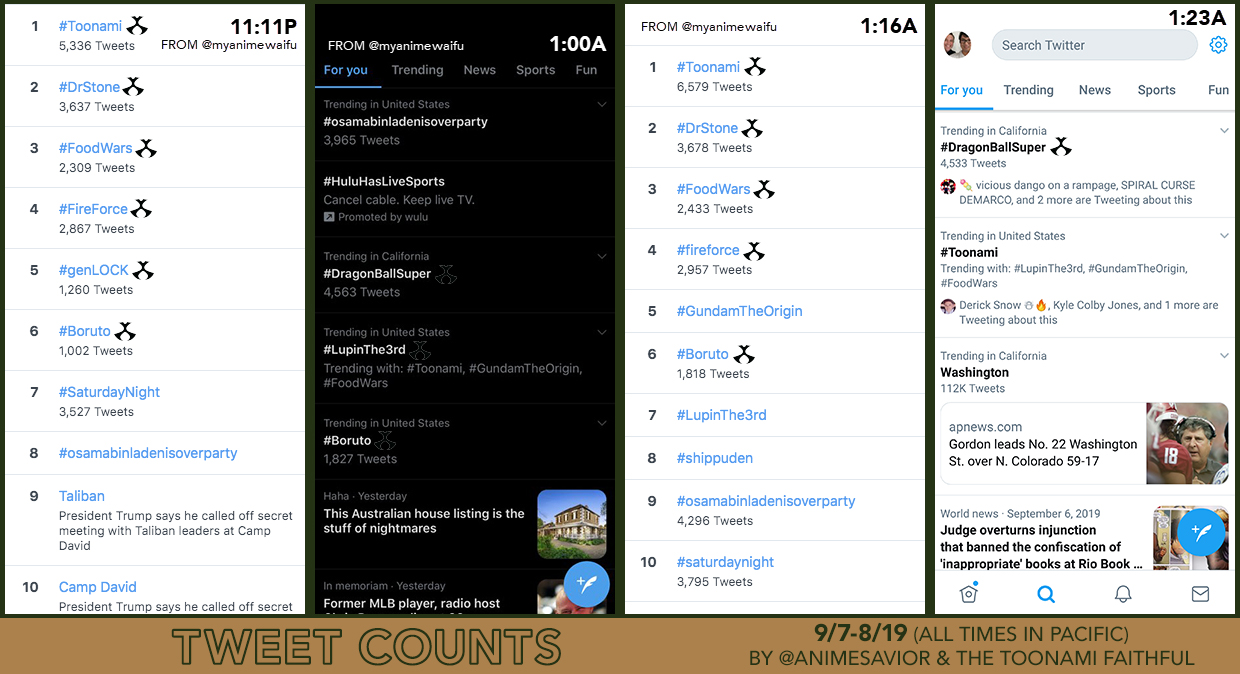 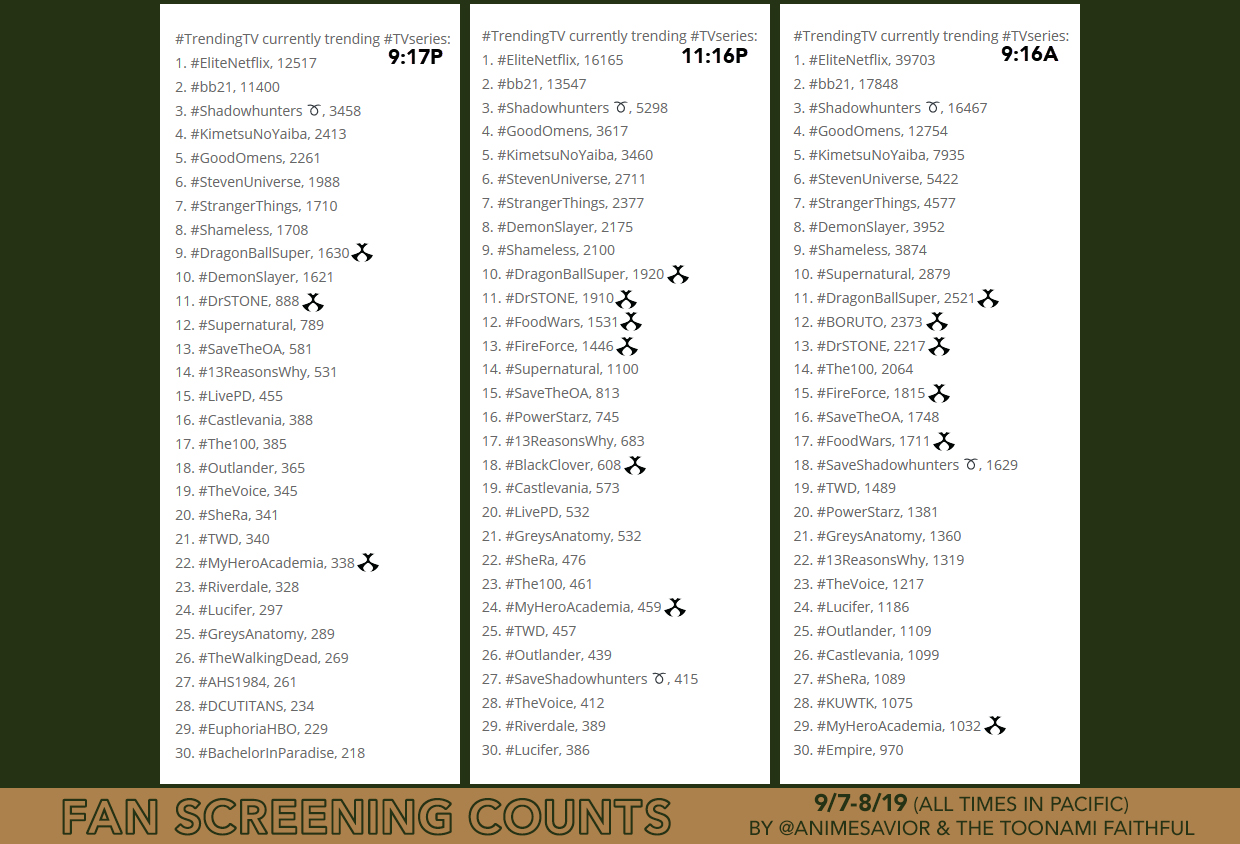 “Sacrificing myself to help other people. Look at me, being all human.”

The Toonami Trending Rundown for Sept. 7-8, 2019. As students head back to school after summer break, and the football season in full swing, it’s another regular night for the better cartoon show.

Among some of the big highlights from the night, Dragon Ball Super comes down the stretch of the Tournament of Power, as Jiren is the last opponent standing and biggest obstacle left to tackle from Universe Seven winning the whole thing. Meanwhile in Dr. Stone, Senku and Taiju successfully revive Yuzuriha, but now have to deal with Tsukasa on a murdering crusade from not seeing eye-to-eye on who should be revived; and Boruto completes the Byakuya Gang arc with Boruto and Shikadai trying to stop Ryogi and Gekko from running out of town with Katasuke’s Scientific Ninja Tool’s scroll.

In terms of this week’s social media buzz, #Toonami along with seven of the 11 shows managed to trend in the U.S. on Twitter, while #Toonami also trended on Tumblr. The full list, including statistics and tweet counts from the twitter app and Amr Rahmy’s Fan Screening analytics app, can be seen below.

This week, Toonami showcased a new music video for “Giants of the Earth” by Julien Mier. You can check it out below.

The fight to end all fights.

If you're attending #NYCC, you won't want to miss the Dragon Ball Super: Ultra Instinct Goku VS Jiren Finale Screening and Panel, hosted by @Seitz_Unseen! 🤜🏽💥🤛🏽

JUST IN: Check out the BRAND NEW key visual for My Hero Academia Season 4!! #PLUSULTR4 pic.twitter.com/13jRQxOZp8

Tune in next week as Boruto begins the Versus Momoshiki arc, which is an adaptation of Boruto: Naruto the Movie, as Boruto and company take the Chūnin Exams. In addition, Black Clover will begin the Reincarnation arc, and gen:LOCK showcases the penultimate episode of season one, among other great moments. Until next week, stay gold as always.

Special thanks to @MikeMorse1017, @myanimewaifu, @sdurso5 and others I forgot to mention for spotting some of the trends on this list.