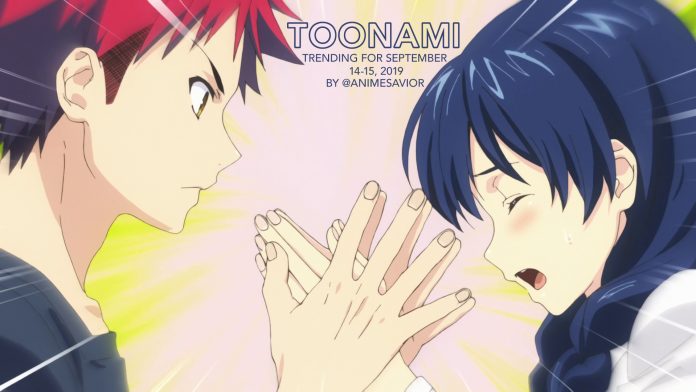 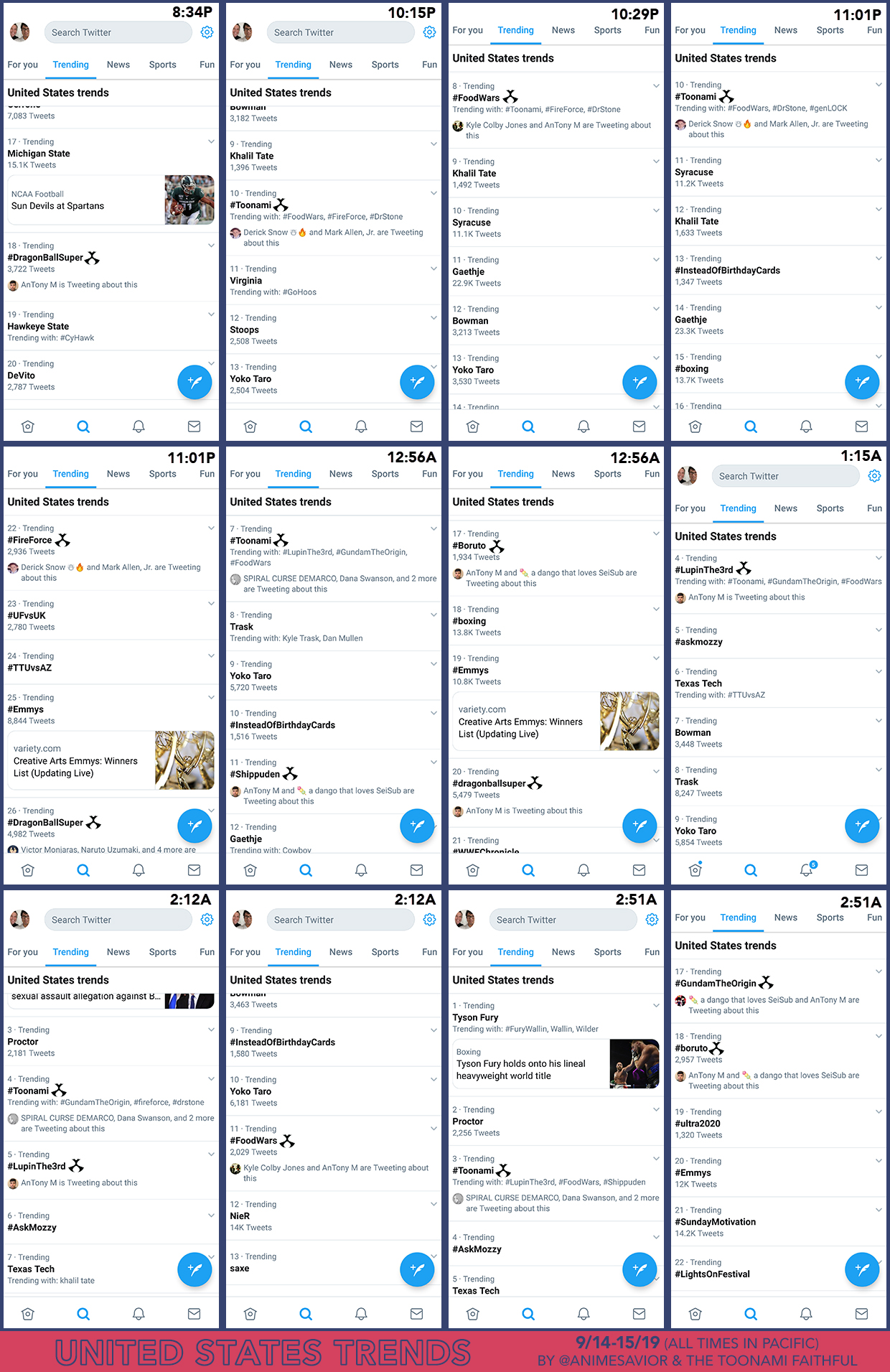 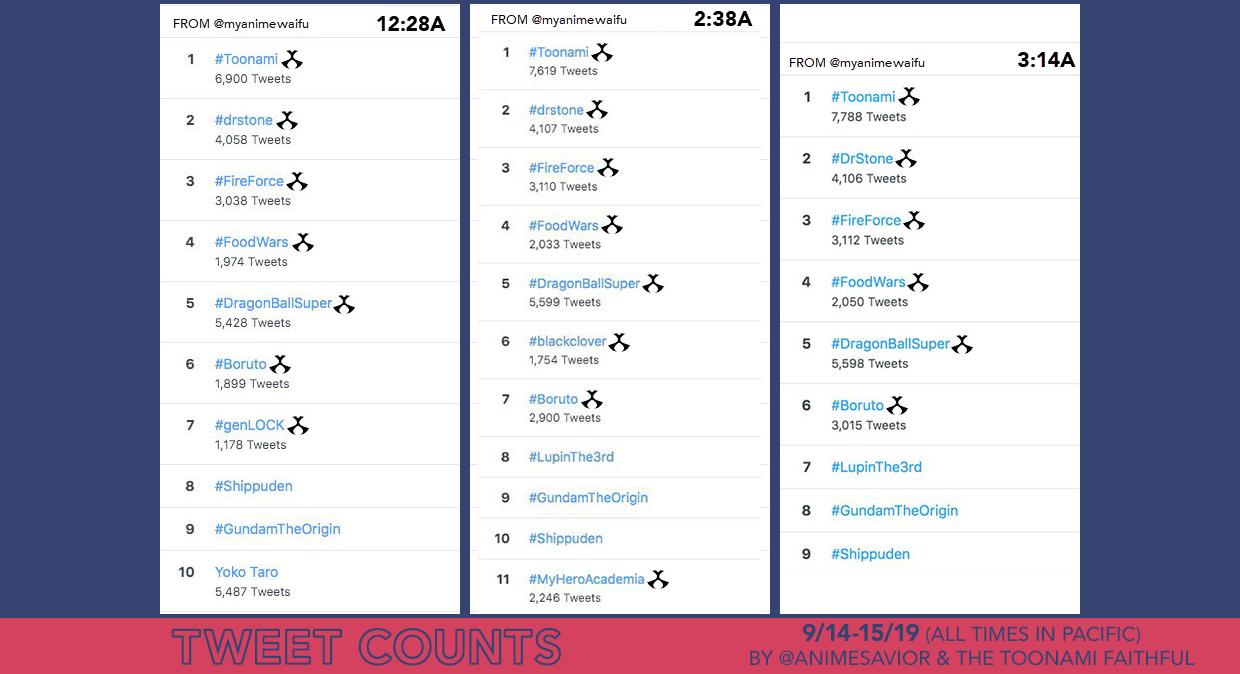 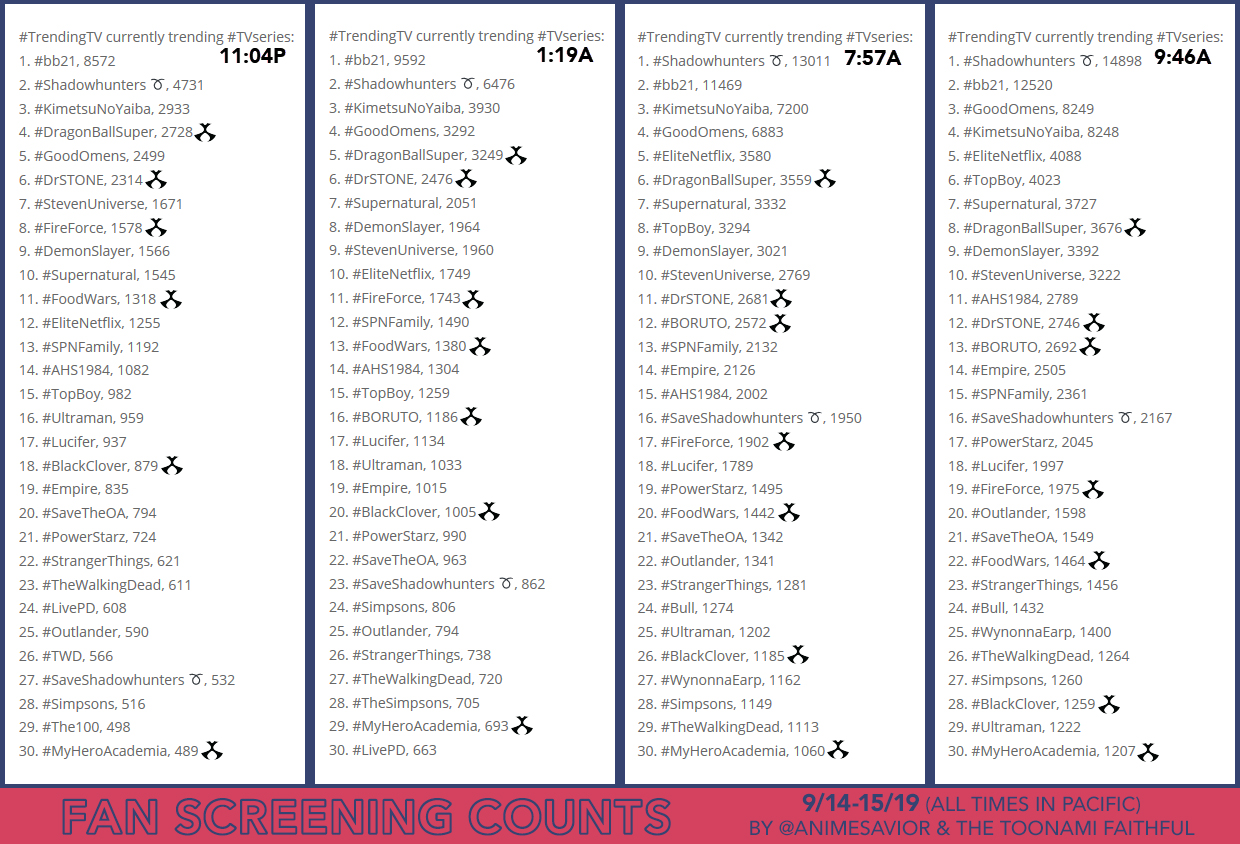 “I learned that from back home. It’s how I was taught to get my mind right. The only drawback is you can’t do it by yourself. […] The first thing you need to do is just calm down, then focus only on what you want to make. […] It’s like my dad said: “cooking is about taking everything that is in your heart and soul and putting it on a plate.” So, for now, you need to forget about what the other guy is making. That onigiri of yours I ate out in the fields, it was incredible [Megumi]. Don’t overthink this, just make the kind of food you would want to eat. That’ll be enough.”

The Toonami Trending Rundown for Sept. 14-15, 2019. It’s another good Saturday night as Boruto begins the Versus Momoshiki arc and Black Clover begins the Reincarnation arc. Among other great moments, Senku tries to forge some weaponry in his attempt to stop Tsukasa in Dr. Stone. Meanwhile, Shinra and Arthur go undercover to discover a double-agent within Company 1 in Fire Force, and Soma risks his enrollment in a Food War against Kojiro to prevent him from expelling Megumi in Food Wars.

On Twitter, #Toonami, and every show except for Black Clover and the rerun of My Hero Academia would successfully trend in the U.S. Also, #Toonami trended on Tumblr. The full list, including statistics and tweet counts from the Twitter app and Amr Rahmy’s Fan Screening analytics app, can be seen below. 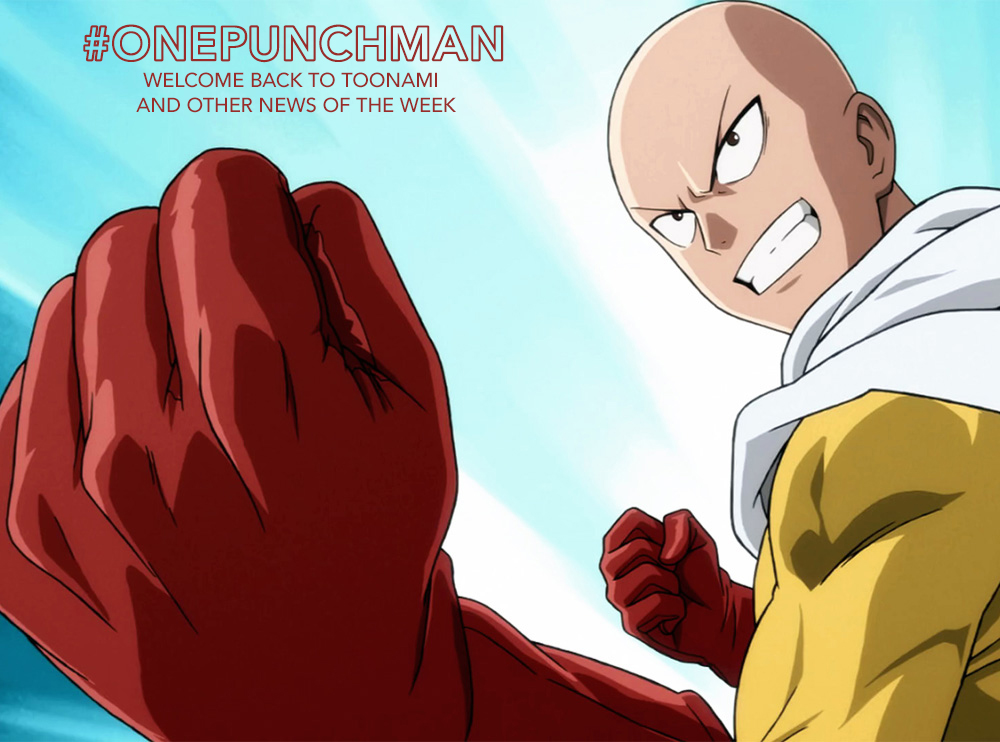 This week, Toonami showcased an AMV titled “Make a Difference.” You can check it out below.

A few big announcements were released by Toonami this past week that many fans will be excited for in the next few weeks: 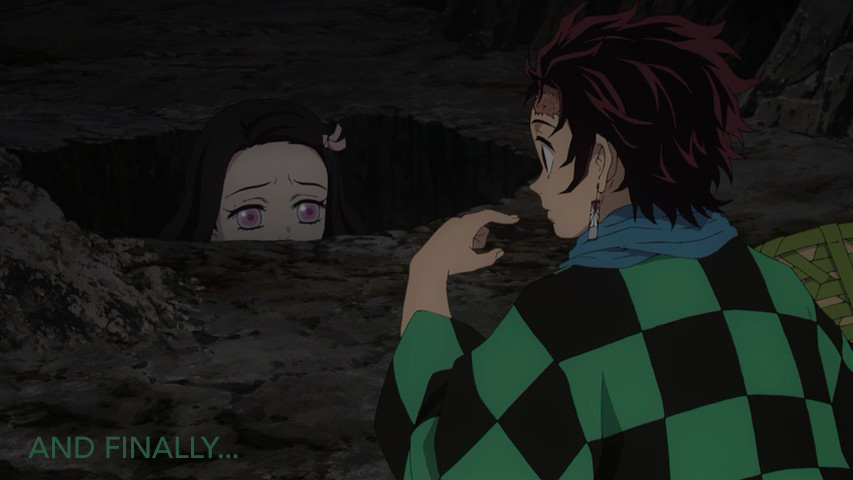 And finally, we here at ToonamiFaithful.com would also like to congratulate Ash Ketchum for winning a Pokémon league and finally breaking his 22-year championship curse. And make sure to tune in next week for the season finale of gen:LOCK, among other great moments. Until next time, stay gold as always.

#ToonamiMakesMoney Only Toonami on [adult swim] on Cartoon Network.