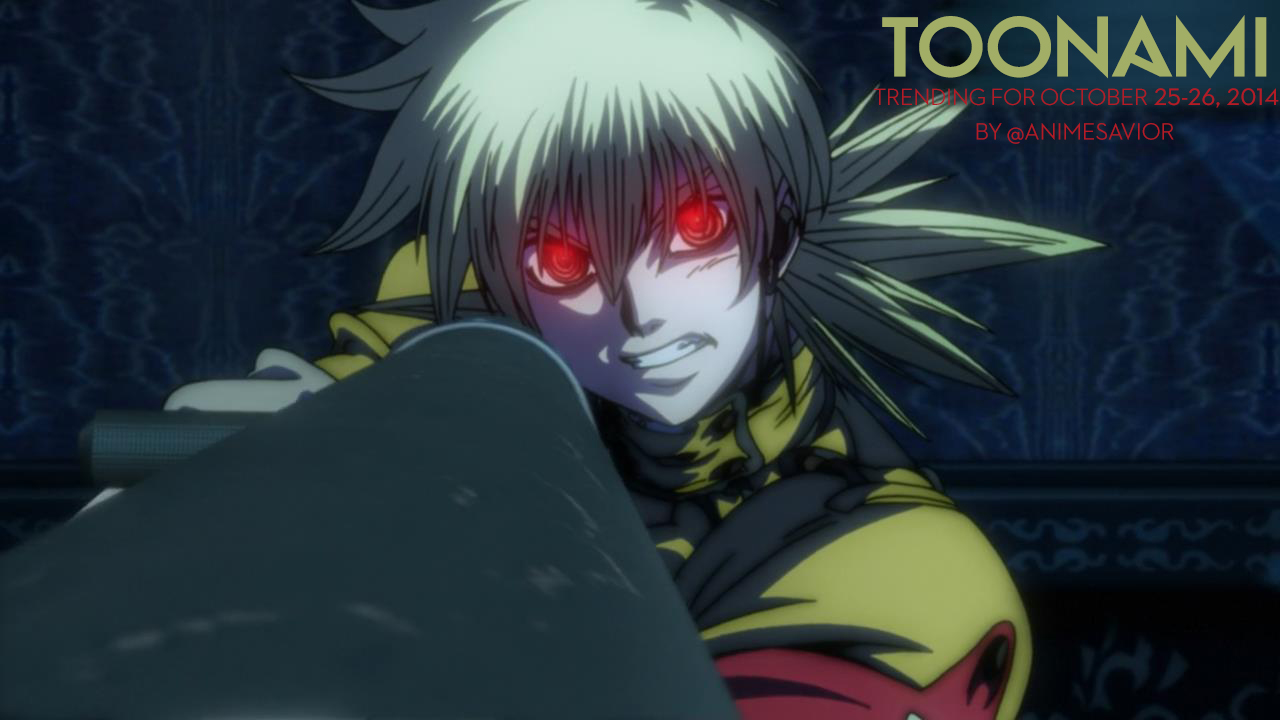 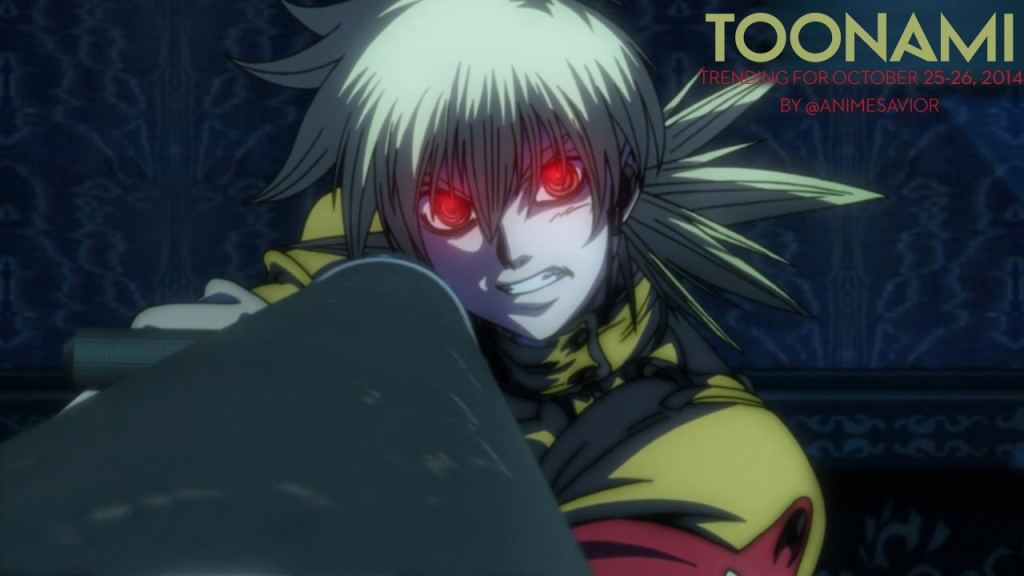 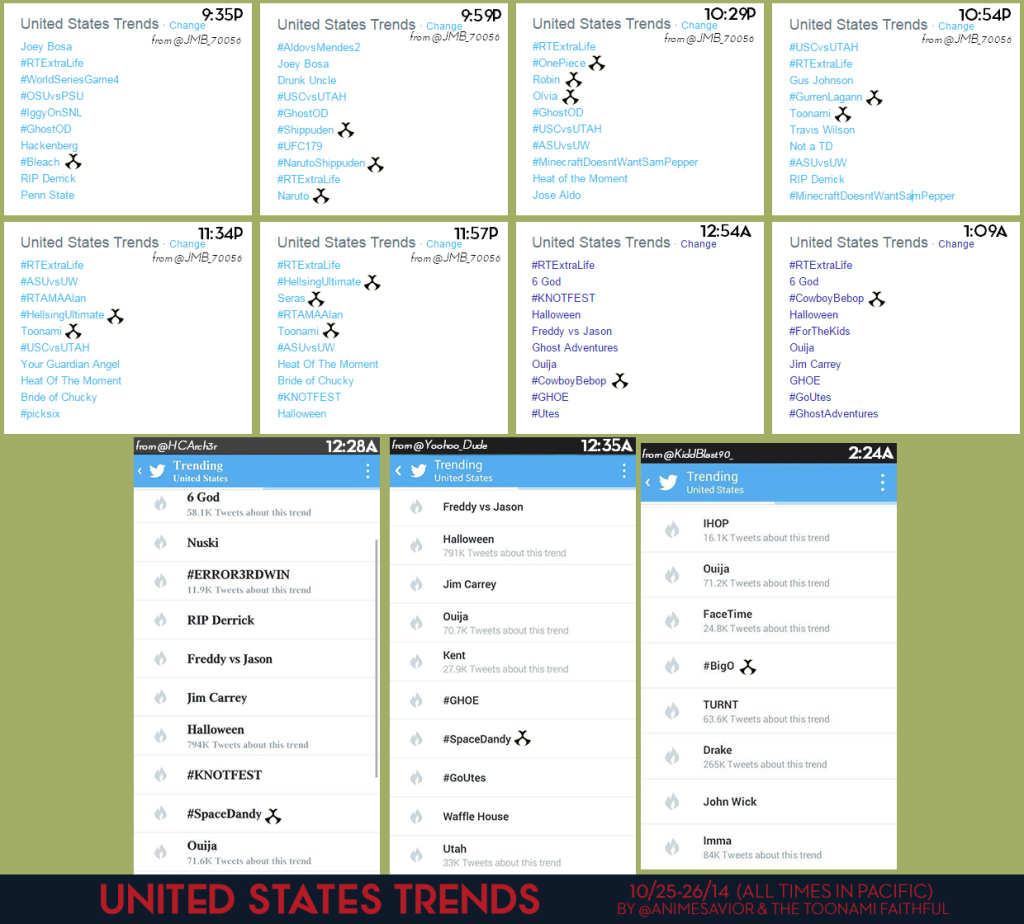 “[That is a hell of a girl] Indeed, far too good for the likes of us. If she dies this night, we are no longer men. We are cowards meant for hell. Seras isn’t going to die, not on the Wild Geese’s watch. Make peace with your god, ladies. You’re dying with your boots on, here, tonight.”

The Toonami Trending Rundown for October 25-26, 2014. Not the best night for social media buzz with the World Series well underway among other moments, but Toonami did pretty well regardless as Toonami and every show except for Attack on Titan, FMA Brotherhood, Ghost In The Shell, and Samurai Jack all trended in the US trending lists.

We also got some special character trends from Attack on Titan (Eren, as he struggles to go into Titan form against Annie, but does so just in the nick of time), Naruto (Naruto himself, as his four tails form brawls with Orochimaru), One Piece (Robin and Olvia, as Spandam begins his assault on Ohara), as well as  Hellsing Ultimate (Seras, as she defends the Hellsing manor against the Zombie Nazi assault).

For those that haven’t heard, we have some big things on the horizon. First off, we now know when DBZ Kai is going to air: November 8th at 12am Eastern. Attack on Titan will also begin it’s rerun at 11:30pm Eastern, at least for the interm. And just one week after that, InuYasha will finally be showcasing it’s Final Act at 2am Eastern. On a unfortunate note on the other hand, due to some technicalities, Toonami will not be able to showcase Episodes 9 and 10 of Hellsing Ultimate, which means the showcasing of Episode 8 on November 8th will also be it’s last.

Daylight savings ends next week, so tune in as both Attack on Titan and Bleach showcase their respective season finalies while we get ourselves a reairing of Cooler’s Revenge to get us all ready for DBZ’s return. One Titan and One Substitute Shinagami will make it out alive after next week, and you don’t want to miss this. Till next week, enjoy the World Series and stay gold.

Special thanks to @chiaki_onosaka, @HCArch3r, @JMB_70056, @KiddBlast90_, @Yoohoo_Dude, and others I forgot to mention for spotting some of the trends on this list.

I really wanted to avoid killing you if I would. Only Toonami on [adult swim] on Cartoon Network.