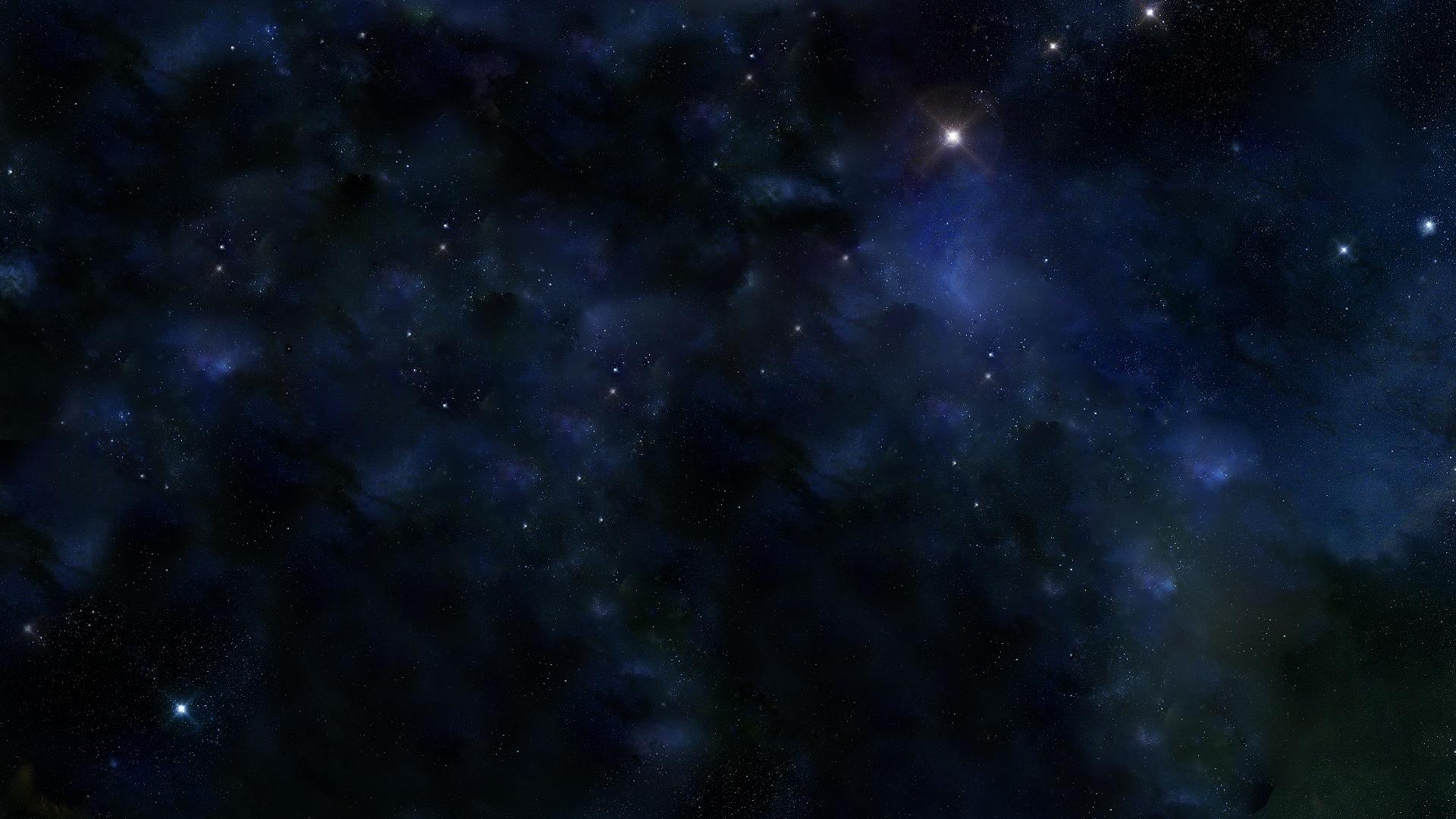 Last night, Jason DeMarco had an “Ask Me Anything” session on the Toonami sub-Reddit which yielded some interesting bits of intel about various things. Here’s a recap of his answers. He stated he would make no announcements during the AMA session but there was a lot of stuff in the works. You can read the entire thread here but below are the tidbits we found informative and/or interesting. Fair warning, there is a lot here.

He couldn’t say how long Intruder 2 is expected to be but Jason did state it will be a multi-week event. Also expect another trailer and/or teaser for Intruder 2 but definitely not this year.

The comic is still be made and will be held to launch with the Intruder 2 event.

No Clydes animation this year, maybe next year.

While there’s nothing to report on a possible continuation of Space Dandy, Jason noted that Adult Swim would be interested in being a sponsor for the Space Dandy movie that Watanabe wants to make.

Jason noted that the odds of another series getting aired in the US before Japan are small.

When inquired about Toonami merch, Jason replied “Merch… what a good idea!” Proceed to read into it. Likewise, when asked if they ever thought about doing a Toonami singles music program, Jason replied, “Not a bad idea!”

The post Hellsing Ultimate line-up will be announced soon, the 2:30 time slot will be going to a rerun.

No details can be given on why Hellsing Ultimate episodes 9 and 10 cannot air in November but they have not given up on airing them and hope to air them soon. They’re not sure if they would re-air the other 8 episodes of Hellsing Ultimate before airing 9 and 10 if those two end up airing a long time from now.

No movie announcements yet but Jason stated Miyazaki movies are WAY out of their budget.

Bleach is likely to be rerun for some period of time. It will not be from the beginning. In other words, yes they can play some Bleach reruns.

Dragon Ball Z Kai will start with the opening FUNimation provides for them and will probably move to a custom intro but that decision is not 100% settled.

InuYasha: The Final Act will air one night with the full opening and have a shortened opening after that.

When asked about how they will air One Piece openings when the show loses its ending credits, he stated that the intros will likely stay 30 seconds. Jason also noted that One Piece is always fun to make bumpers for.

They will “get on” a Naruto Shippuden promo; he feels they owe the Naruto fans a promo.

FLCL will not be returning to the block any time soon.

Big O season 2 will likely get another run when it finishes.

When asked about rerunning newer shows, he stated they have no choice but to air some reruns into the New Year.

Attack on Titan is re-airing because they do not currently have money to get another new show and because they can re-air Attack on Titan at no additional cost. It was the Programming Departments decision to keep Titan at 11:30pm because they expect it to do well there. When asked if Titan will eventually move down from 11:30 he said “we’ll see!”

When asked about whether airing a rerun before premieres discourages viewers from tuning in Jason replied, “Depends on the show. Plenty of shows rerun with decent audiences, plenty don’t. This perception of reruns as death is something that seems pretty unique to anime fans. Adult Swim is MOSTLY reruns. So is Toonami. So is all of TV, really!”

The Toonami budget resets in January.

The most clear note they received from “manipulate the manual” was to air more ADULT (read: dark) content and Hellsing was their first response to that.

When asked what he defines as “action”, Jason stated their definition of action was some sort of dramatic, usually physical, conflict that is ideally at the heart of the show driving it forward. He also stated that the main 3 things they consider when selecting show for Toonami is 1. They like it 2. It has enough action and 3. It has broad enough appeal to risk putting in front of a million or so people every week.

It’s easier financially to license “longer” shows and they feel the more settled the schedule is the more people have time to develop a habit of watching. The ratings are better when the schedule is stable. That said, Jason also hopes they will be able to pick up more series around 10 or so episodes in length and that Hellsing will not become a special case in that regard. However, they do not plan on moving from the model of airing longer shows for most of the block.

When asked about how old a show can be he said there was no hard and fast rule about that. Regardless of age, the show has to be relevant in a BIG way to the current audience. DBZ Kai qualifies but the list of shows that are that old and still relevant is a very short list. The same applies for movies.

When asked if there was any chance of a magical girl series airing on Toonami, he replied “anything is possible!”

When asked how much the ratings matter, he stated they matter a good bit and that the network is VERY happy with how Toonami is doing. He also stated that the Dish Network situation is being taken into account and they won’t punished for the expected ratings drop across the board.

He’s hates that fans who are Dish Network subscribers cannot watch the block right now and hopes a deal is worked out soon.

Regarding shows they have that are free to air, he noted that pretty much everything in the back half of the block is free for them to air.

They understand we don’t like to see stretched shows and neither do they. He noted DBZ Kai is a special case that allowed them to maintain the 4:3 aspect ratio and they are going to see how that works out before committing to airing more shows with side bars.

Jason noted that one of the challenges in running the block that most people are not aware of is “the myriad legal challenges involved in licensing shows and airing them in the US, and even small things like opens/closes/eyecatches can be difficult to get worked out when receiving episodes. Working across language and geographical boundaries is hard, especially when dealing with something as complex as television and serialized storytelling. Honestly, so many things are involved in contractual stuff, you’d be amazed. It’s always something different and it’s always a miracle when something airs without a hitch.”

The deals Toonami makes are complex and EVERY deal is different. There are no rules. They will not divulge the details of any of their deals and they cannot give a list of every show they can currently air nor can they share their internal Standards and Practices. He did however make the general statement that heavily sexualized content in general will not be seen on Toonami and Jason dismissed the rumor that Kill La Kill had too much nudity for the S&P to clear.

Sometimes they request shows from licensors and sometimes licensors look to Toonami for exposure for certain series. It can go either way.

They currently acquire series from Aniplex, FUNimation and Viz Media but they hope to be working with other companies soon. Jason stated they are open to working with Sentai Filmworks.

Space Dandy happened because knew the people working on Space Dandy and said people came to Atlanta to pitch the show. They liked what they saw so they agreed to be a part of it. Jason noted you almost always need a US licensor in order to be able to get a show, even if it already has an English dub.

Jason said to let him know when Hunter x Hunter 2011 has been dubbed. Proceed to read into it.

Since they air on Adult Swim they prefer to have more mature content but younger skewing shows are okay as long as they don’t skew TOO young.

Though it continues to be requested, Jason does not want to air Yu-Gi-Oh!

They don’t feel the need to air more than one episode of Samurai Jack a week.

There are, sadly, very few Western animated action series that Toonami can have access to at this time.

There are still no plans to produce another original series a la IGPX. When asked whose soul did he have to sacrifice to get IGPX back on the air, he replied “Hahaha, MINE.”

They are open to going to other conventions to hold Toonami panels besides MomoCon.

Jason doesn’t think Jonny Rej or Sara would want to come on the Toonami Faithful Podcast but it couldn’t hurt to ask.

Jason’s favorite moments post the Toonami revival aside from the April Fools night have been MomoCon and the launch of Space Dandy.

Flashing back to the days of yore, music for Toonami has always been Jason’s domain except for during the initial Tommy Guererro tracks which Sean Akins coordinated.

Well we sure thought a lot of that was worth drawing attention to but what do you folks think of Jason’s answers? Feel free to comment below!