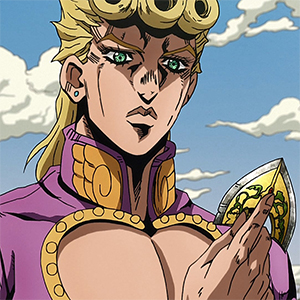 “When those who left us place their wills in our hands, it is our sacred duty to carry it forth. It remains, that’s my choice.”

The Toonami Trending Rundown for October 24-25, 2020. It’s a night of farewells for now, as fans are treated to the finale of JoJo’s Bizarre Adventure: Golden Wind in addition to one last episode of Black Clover before the show goes to a hiatus due to COVID-related delays.

On Twitter, Toonami trended in the United States alongside JoJo’s Bizarre Adventure, Assassination Classroom, and Black Clover. The full list, including statistics and tweet counts from the Twitter app and Amr Rahmy’s Fan Screening analytics app, can be seen below.

This week, Toonami showcased the trailer for Gemusetto: Death Beat(s), which will premiere on Nov. 7 at 2:00 a.m. EST. You can check it out below.

Following the season finale of JoJo’s Bizarre Adventure, Viz Media announced that they will bring the manga of Golden Wind stateside in both hardcover print and digital format. A release date is scheduled for Summer 2021. Viz also released an interview with creator Hirohiko Araki discussing the character designs and music from this season.

An editor’s note for this week’s Trending, while working on a trending retrospective about JoJo’s Bizarre Adventure, due to time constraints, that segment will be saved for the next edition. Apologies for the inconvenience.

This Saturday is Halloween night in addition to the end of Daylight Savings, so Toonami will give the regular schedule the night off to showcase all 12 episodes of The Promised Neverland’s first season from midnight to 5:00 a.m. EST. With the pandemic likely to severely limit trick-or-treating and Halloween parties this year, this is an excellent opportunity to re-watch the show in preparation for the second season coming next year. Or, you can binge-watch episodes of other shows on DVR and streaming services that you are falling behind on.

Election Day is upon us, so for those who are eligible and haven’t voted already, be sure to make your plans to cast your ballot on Tuesday, if not earlier, and make your voice heard. Also, be sure to visit blacklivesmatters.carrd.co to see what you can do to fight against social inequality. And continue to do your part to stop the spread of COVID-19 and protect others by following your local health advisories. Stay at home unless essential purposes require you to go out, practice social distancing by staying six feet/two meters away from one another if possible, and wash your hands thoroughly for at least 20 seconds. Other than that, congratulations to the L.A. Dodgers on winning the World Series, and stay gold as always.