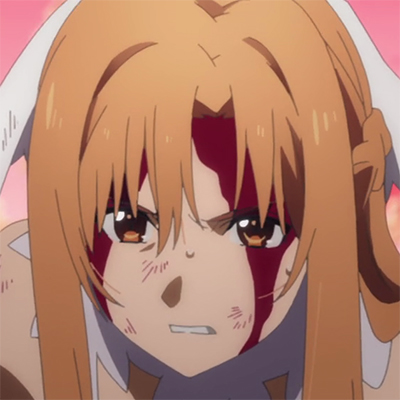 “As long as I can stand, I’m going to keep fighting. So come on, if you dare. I can do this all day if I have to.”

The Toonami Trending Rundown for Nov. 7-8, 2020. With Halloween and the U.S. Presidential Election passing by, Toonami brought fans a trio of show premieres. Sword Art Online returns from hiatus to begin the fourth and final cour of the Project Alicization story arc. At the same time, Fire Force continues its Toonami run with the second season premiere. And Adult Swim would bring in an experimental series to the mix, with Gemusetto: Death Beat(s).

On Twitter, #Toonami would trend in the United States alongside Sword Art Online, Fire Force, and Assassination Classroom. On Tumblr, #Toonami also trended. The full list, including statistics and tweet counts from the Twitter app, can be seen below.

This week’s feature was a game review of Hades for the Nintendo Switch and PC. It received a score of 8.5 out of 10.

CloverWorks last week has released a new trailer for the upcoming second season of The Promised Neverland. It was revealed that the season premiere is scheduled for Jan. 7, 2021, in Japan. Aniplex has yet to announce their simulcasting plans as of now.

While Demon Slayer fans stateside will have to wait till next year to see Mugen Train, the euphoria in Japan hasn’t stopped. According to Oricon, as of Nov. 8, Demon Slayer: Mugen Train has now earned over 20.4 billion yen at the box office (~$198 million), alongside over 15 million admissions in 24 days. Despite social distancing restrictions, its numbers are still good enough to become Japan’s third highest-grossing anime film and fifth highest-grossing film overall.

Sword Art Online was also back in the news again when Aniplex announced that they are producing a feature film for Sword Art Online: Progressive, titled “Aria of a Starless Night“. A premiere date is planned sometime in 2021. The film is expected to cover the first 121 pages of Vol. 1 of the Progressive light novels. Light novel readers have noted that that section is a more in-depth look at the second episode of the first season, so this film could also serve as a gateway installment for newcomers to the franchise.

English soft subs from the regionlocked Aniplex JP Youtube upload of the Aria of a Starless Night Movie have been added so you can enjoy it with english subs too. pic.twitter.com/xz5ULaJj6b

This Friday and Saturday, Adult Swim will be hosting their annual Adult Swim Festival, which will be held virtually this year on YouTube due to COVID-19. One panel of interest will be the “Toonami Special Edition” on Saturday at 11:21 p.m. ET/8:21 p.m. PT, where Gill and Jason will host a special edition of Toonami Pre-Flight. Besides a Q&A session and potential announcements, Toonami will be showcasing a game review of Demon Souls and the new PlayStation 5 console.

Until next week, stay safe, be sure to visit blacklivesmatters.carrd.co to see what you can do to help the fight against social inequality, and continue to do your part to stop the spread of COVID-19 and protect others by following your local health advisories. Stay at home unless essential purposes require you to go out, practice social distancing by staying six feet/two meters away from one another if possible, and wash your hands thoroughly for at least 20 seconds. Other than that, we hope you all enjoy your PlayStation 5’s and Xbox Series consoles if you picked one up or are planning on getting one shortly, and here’s to another great generation of gaming to come.

Hell Has No Fury. Only Toonami on [adult swim] on Cartoon Network.