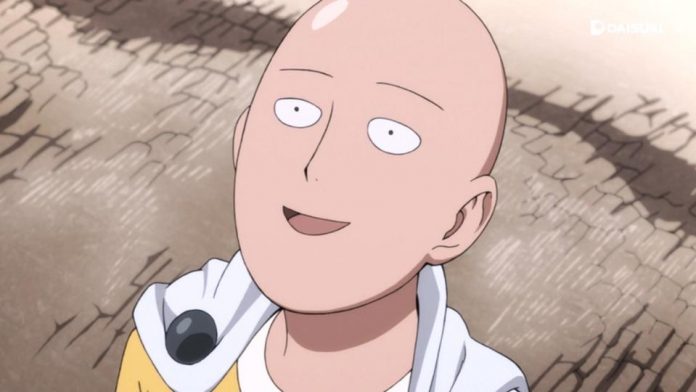 Seeking strength. This simple phrase makes up the core of most, if not all, great stories, and why not? It’s relatable. We’re all at some point in our lives looking for a way to become better, stronger people. Whether it’s fortifying strength of will to becoming physically stronger, stories like these have entertained and inspired perhaps from the beginning of time with their structure that rarely changes; The characters start out seeking strength, find it through hardship and end the story better, stronger than before. Roll credits, the end.

What about after that? What happens to our plucky heroes after they’ve found the strength they were seeking? What do they do? How do they justify their journey? Such questions are generally left to the reader’s imagination. However, One might wonder what kind of stories could be born if we looked at the other side of strength.

That emphasis on the word “One” wasn’t a mistake. ONE is the name of the popular manga artist who brought us both Mob Psycho and One Punch-Man. These stories have taken the manga and anime world by storm, and I believe it’s because of their unique take on what “strength” is and how being the “strongest” isn’t always the boon fans make it out to be.

Interestingly enough, both stories start where others would end. For Saitama, he trained through hell, lost his hair, and in exchange gained the ability to defeat any opponent with one punch. Meanwhile, teenaged Shigeo Kageyama (better known as Mob) didn’t have to go through any training but was blessed with psychic powers that make life a breeze. What do they have in common? Their overwhelming strength brings them nothing but misery. Saitama can no longer find joy in struggles now that he knows what the outcome will be, and all Mob wants is the attention of one girl he has a crush on, but she has no interest in his psychic powers. Not only that, if he expresses his emotions too much, he runs the risk of losing control of his powers and possibly doing permanent damage to himself and others. In turn, Mob comes off as emotionless and difficult to approach; his powers are actively making what he wants out of life that much harder to grasp. In a way, it’s the same for Saitama, who became a hero as a hobby to test out his newfound strength against an opponent that will give him a real struggle.

ONE’s approach is different in both stories due to the setting, but the core focus is there. Being strong hasn’t done any favors to these characters. Part of ONE’s appeal in telling these stories is that he approaches them with an over the top touch. The plot could get  depressing fast, but Mob and Saitama’s freakish strength keeps a certain amount of levity in just how ridiculously overpowered they are. However, this sentiment of  how out of touch these characters feel within their respective stories. This is often played for laughs, be it Saitama quickly ending a battle with a ferocious rhino beetle opponent because he’s missing out on a bargain bin sale, or Mob being completely unafraid of an urban legend because he’s not connected to the world in the same way others are. It’s a common trope in stories where the characters mask their pain with humor, and ONE is no exception to this. In fact rather than employing this archetype to a specific character, it feels like it’s in use for these series overall. Both of these series might retain a level of relatability without their humor, but they’d lose their charm –a unique charm that ONE excels in making.

So far, this seems to be quite the downer compared to how people typically experience properties created by ONE. After all this piece began with how relatable the search for and obtaining strength is to readers. Imagine if the protagonist’s sought after power ended with them being miserable! Instead, there’s something more important in ONE’s stories. Or, well, rather than more critical, it’s essential to the DNA of these kinds of stories: the human connection. I might even go as far as saying this is just as if not more relatable than seeking out strength.

Something I enjoy about Mob Psycho and One Punch-man are the character relationships and how quirky they can be. When we first meet him, Mob’s closest relationship is with self-proclaimed “psychic” Reigen Arataka, who is clearly a con-man who uses aggressive ordinary means to solve supernatural problems. Yet, when Mob comes to him with genuine concerns regarding his powers, Reigen gives him honest advice such as “be a good person.” Though this is right before he realizes he can make a killing with an actual psychic under him. Meanwhile, Saitama more or less takes in Genos as a roommate to help pay rent. Though he’s still a far cry from being more than amused by him, Saitama’s attitude towards being a hero and using his monstrous strength for something other than self-fulfillment.

While the characters in these stories typically fall in with others like (or unlike) them in their quest to become stronger, ONE redirects this. I wouldn’t go as far as saying that friendship is a by-product of a story about becoming stronger, but in these stories that’s not what’s important.  Mob and Saitama find fulfillment through the bonds they create, which are also party to ONE’s over the top yet heartwarming character writing. Be it the endearingly supportive body improvement club that Mob joins to get into shape to impress his crush Tsubomi or Saitama, creating strange but real bonds with the hero association’s heroes. Despite these characters already being at the apex of what would be considered “strong,” their best moments come from when they’re around others.

The pursuit of power makes for a great story. That is a fact. Though what these stories illustrate is that gaining strength isn’t the end of the story. It’s what you do with strength that matters. Saitama and Mob both ostensibly have everything one could ask for in their individual  tales; strength without equal. However, ONE illustrates that there are things one cannot get with strength alone –that there is a story beyond simply being “strong” for the sake of it. What you do when you get what you want or have more than you need is a story in and of itself.

Sakaki is an editorial contributor for Toonamifaithful.com and an Editor-in-Chief at Weekly Shounen Sunday Edition. You can find more Shounen Sunday News and features on Wsstalkback on Twitter