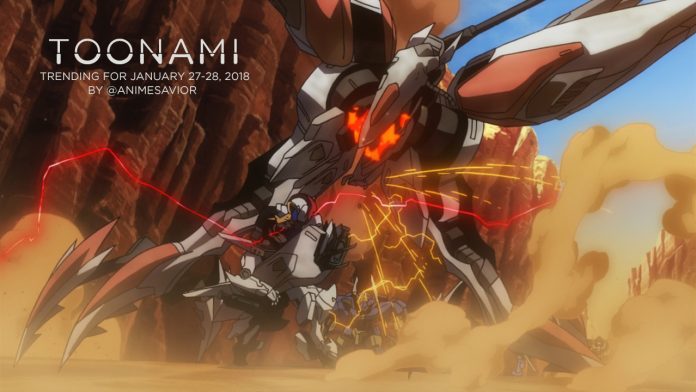 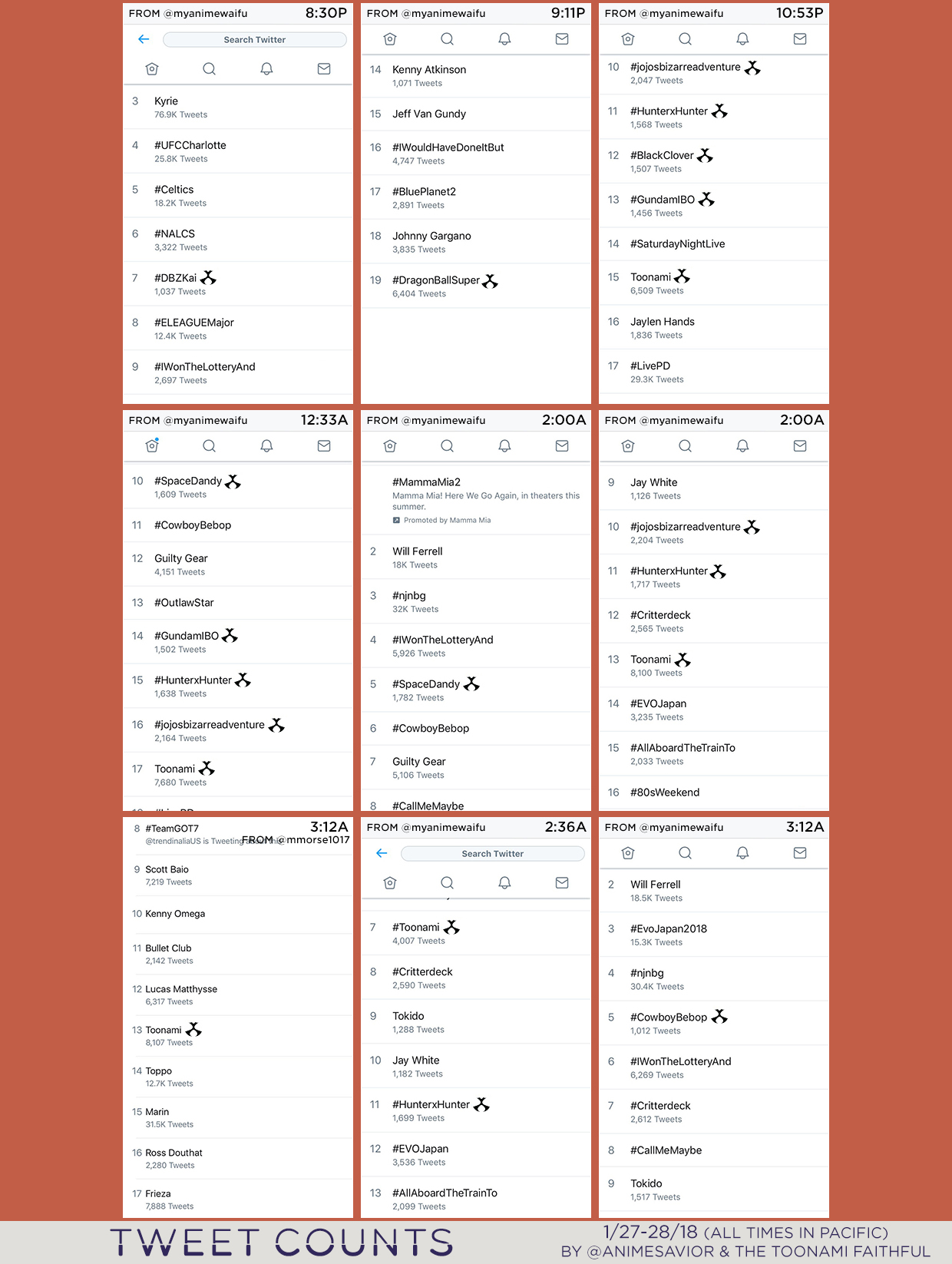 “Do you think what’s happening to me is your fault [Orga]? The fact that I’m like this now? The thing is, there might actually be an upside to this situation. It’s made things simpler. Kudelia told me something. She said she’s gonna make a world where we don’t have to fight. I never really understood, but now I don’t have to. I can’t run anymore without Barbatos, and because of that limitation, I can no longer live without fighting. Orga, will you please take me with you? As long as I have your orders, I can go anywhere. I’m not gonna let you be sorry.”

The Toonami Trending Rundown for January 27-28, 2018. We welcome back Space Dandy for a long awaited encore run as among other great moments, Trunks returns to the past to get help fighting against Goku Black’s wrath, while Asta joins the Black Bulls and attempts to form relationships with Noelle, and Mikazuki activates Gundam Barbatos’ berserker move in an attempt to stop the Hashmal mobile armor…but severely hurts himself in the process.

On twitter, Toonami and every show once again successfully trended in the US during their respective East Coast airings. Meanwhile on Tumblr, Toonami trended as well as Dragon Ball Super, JoJo’s Bizarre Adventure, and Hunter x Hunter.

This week’s feature was a video game review of Jydge, a top-down shooter that’s available on all major platforms. It received a 7.5 out of 10 score.