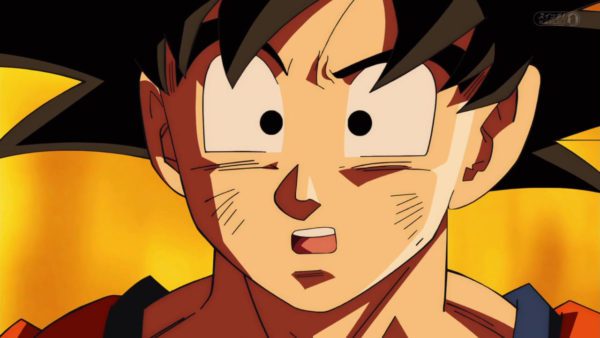 Before the recent announcement made by Toei Animation, there was rampant speculation that Dragon Ball Super was coming to an end soon. As time went on, those rumors spread, hinting that it was becoming more and more likely that it would finish its final arc in March of 2018 (especially when it looked like a new show would take the same time slot that Dragon Ball Super had in Japan). It seems as if those rumors were true, and now we have a definite end coming for the latest installment of the Dragon Ball franchise. And while Dragon Ball Super didn’t grab my attention as much as Dragon Ball Z (DBZ) did when I was younger, I still find this to be troubling news, and something Toonami fans should at least be aware of.

Thank you for all your love and support for #DragonBallSuper! The Universe Survival Saga will reach its conclusion at the end of March, but the 20th Dragon Ball feature film is currently in production and the series continues its English dub run on Toonami! Dragon Ball lives on! pic.twitter.com/003rRXCs1s

I will say that for anime nowadays having more than 100 episodes is a fantastic accomplishment, although with it being a Dragon Ball show, I can hardly say I’m surprised. I’m impressed that this series has been able to hold viewers interest and attention for so long. I wasn’t sure how people would receive Dragon Ball Super, especially when they decided to recap the previous movies of Battle of the Gods and Resurrection F. Yet this series was able to find it’s footing thanks to other story arcs like the Future Trunks Arc and the Universe Survival Arc. All types of new stories and characters were introduced that got people to fall in love with Dragon Ball all over again. It became such a hit that Crunchyroll servers went down every time a new episode premiered.

Despite it being the hit that it was/is in the U.S. and Japan, the team has decided to end Dragon Ball Super and put their time and resources into another movie that should come out in 2018. So despite its popularity, Dragon Ball Super will come to an end with 131 episodes in total. While I’m not one to go all “doomsday” on subjects that could tangentially connect to Toonami, I’m not thrilled that a definite end of the series is already upon us.

As of now, Toonami has aired 47 episodes of Dragon Ball Super, meaning there are nearly 90 episodes left for Toonami to air (84 to be precise). That means that Toonami has a little more than two years of Dragon Ball Super at the top (or near the top, depending on where they decide to air FLCL 2 & 3). This franchise has become the block’s bread and butter, and with an ending in sight, I worry as to how the block will perform without a Dragon Ball premiere. Considering how well it did with the marathons that aired last Dec., maybe Toonami will consider keeping those shows around, but have them broadcast later in the block. I’m not sure a lot of fans who only view Dragon Ball exclusively would have the patience to stay up and watch it. It’s happened with Naruto Shippuden, which has beaten (in traditional viewing numbers) series that have been on before it. But since this hasn’t happened before, I’m not sure if the same thing would happen in this instance.

NEWS: The Saga of "Dragon Ball Super" Will Come to an End This March

Some may be pleased that there’s a chance (however slight) that Toonami would be free of Dragon Ball on the block. I can understand the fatigue, considering there’s an hour of it, and it’s something that many fans complain about on social media. But there is a darker side at the other end of that coin, where if Toonami doesn’t have any Dragon Ball fewer fans may be inclined to watch anything on that block. For me, I find Dragon Ball a great setup for other shows and having it start the block is a huge positive. I’m wondering if that crowd might stay for whatever airs after it (as of now Black Clover) and stick around to find out many different anime titles out there. Back in Toonami’s Cartoon Network days, I only watched DBZ. However, because I liked it so much, I stuck around to see what else was on after it (or before it) and started to fall in love with many other anime titles. That wouldn’t have happened if it wasn’t for DBZ. I wonder if the crowd who watches Toonami might diminish when the title everyone is familiar with is gone for a while.

It isn’t as simple as just putting “show A” in that time slot and hoping for the best. Despite how popular some people might feel about a show (My Hero Academia, Hunter x Hunter, etc.) it might not be enough to garner the same attention that Dragon Ball Super has been able to accomplish. It’s true that they will never know unless they try, and I’m willing to back down on my belief that other shows couldn’t do what this series has. But I find it hard to believe considering it hasn’t been done yet. I’d love to be proven wrong, but I’m skeptical that another show can do what Dragon Ball Super has accomplished. In the future there are potentially a few shows that could very well replace what Dragon Ball Super did. Attack on Titan Season 3 is coming, there’s a new Sword Art Online coming, and Toonami might continue to create their own original projects. All I’ll say is that if you are worried about the traditional viewing numbers as they stand now, just imagine how they’d look without Dragon Ball in the lineup.

What’s nice is that Toonami still has two-plus years to think of a strategy once Dragon Ball Super ends. It’s not finished tomorrow, and I’m not running into my zombie apocalypse shelter thinking the end is nigh. But, with how Toonami plans to keep on airing better cartoons for its fans, I’m sure that this is now something they have to think about. While I believe that a new anime series for this franchise might be in play down the road, that isn’t guaranteed. For all we know, Toei might want to stick with movies or OVA’s for Dragon Ball. Or maybe another instance where a side story series like Dragon Ball GT comes into play. Akira Toriyama can’t do this forever. But if a new Dragon Ball series does become a reality, there’s no telling when it will happen, or if Toonami will be around when a new series is created. Will it be made during the time Toonami is debuting the English dub of Dragon Ball Super now? Will it take as long as it did to go from Dragon Ball GT to Dragon Ball Super? Will the U.S. market have to wait as long as they did to see Dragon Ball Super for the (theoretical) new season? Which means that there could be a period of time where new Dragon Ball isn’t in the lineup. Which for me, isn’t the great reality to think of.

People might have forgotten how big it was when Dragon Ball Z Kai (DBZ Kai) made its return to Toonami. All kinds of celebrities and professional athletes tweeted about how nostalgic it was to have the show return. While I would tell them that there are better shows than Dragon Ball out there, they might not be the same type of anime fan that some parts of the Toonami community is. There is a contingent of fans who only like Dragon Ball on Toonami. That’s fine, considering that these fans still show up to watch Toonami. I just worry about the block if that group of fans ends up leaving. Despite all the crap Dragon Ball fans get, at least they show up to watch (even for reruns!).

So I wonder how Toonami would look without Dragon Ball, and I can’t say I’m happy about that. If you asked me back when Dragon Ball Super was new, I’d thought it’d last well over 200 to maybe 300 episodes. It isn’t that much of a drop, but it’s something to keep your mind on. What will Toonami do to try and keep the same amount of fans they’ve had thanks to Dragon Ball? I think that puts more pressure on FLCL 2 & 3 to blow fans away, but I’m not going to lose sleep wondering about that. The same could be said about planning a new show to kick off Toonami, especially for someone like me (an editorial writer for a fansite), I can’t worry about that. I don’t think any significant name show can do what Dragon Ball Super does, but that’s more for Toonami to contemplate. They now know when this series will be ending and can plan accordingly, and at a solid pace instead of the frenetic panic you see in fans all the time. All is not lost, but this change is something people should be mindful of.