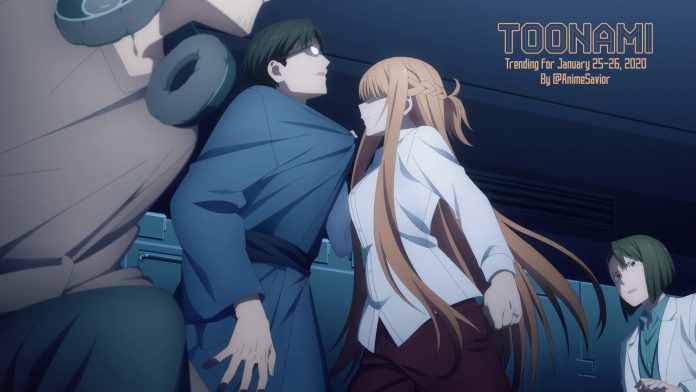 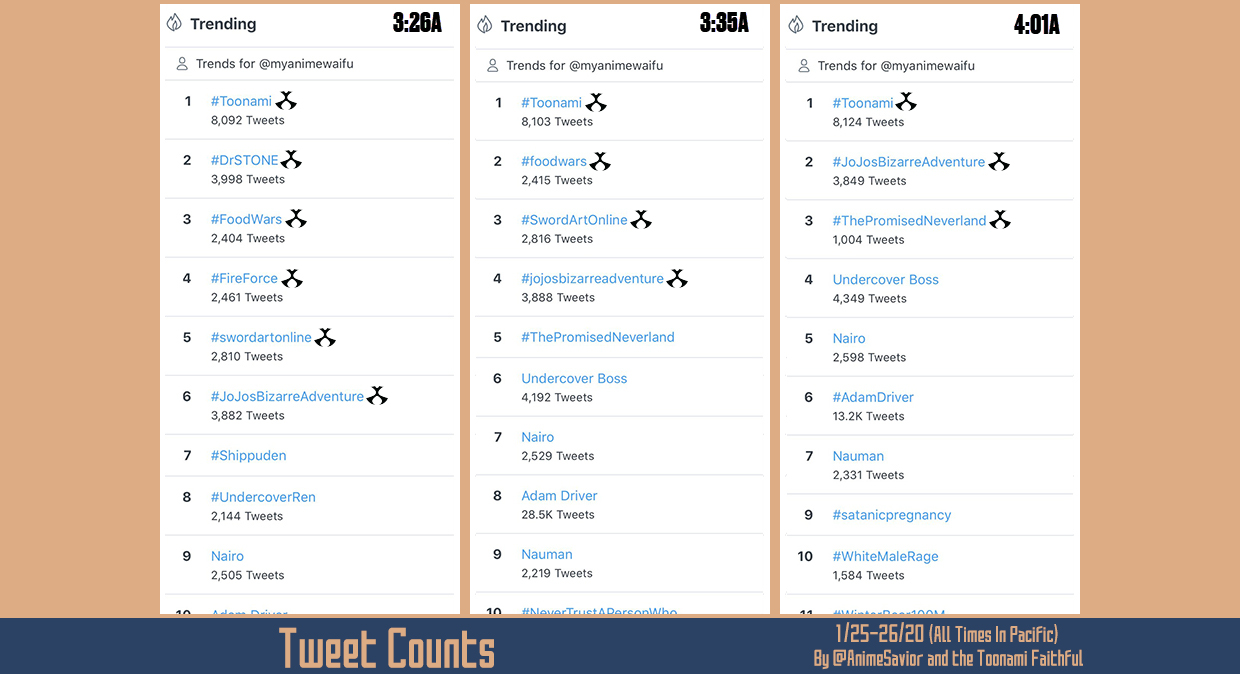 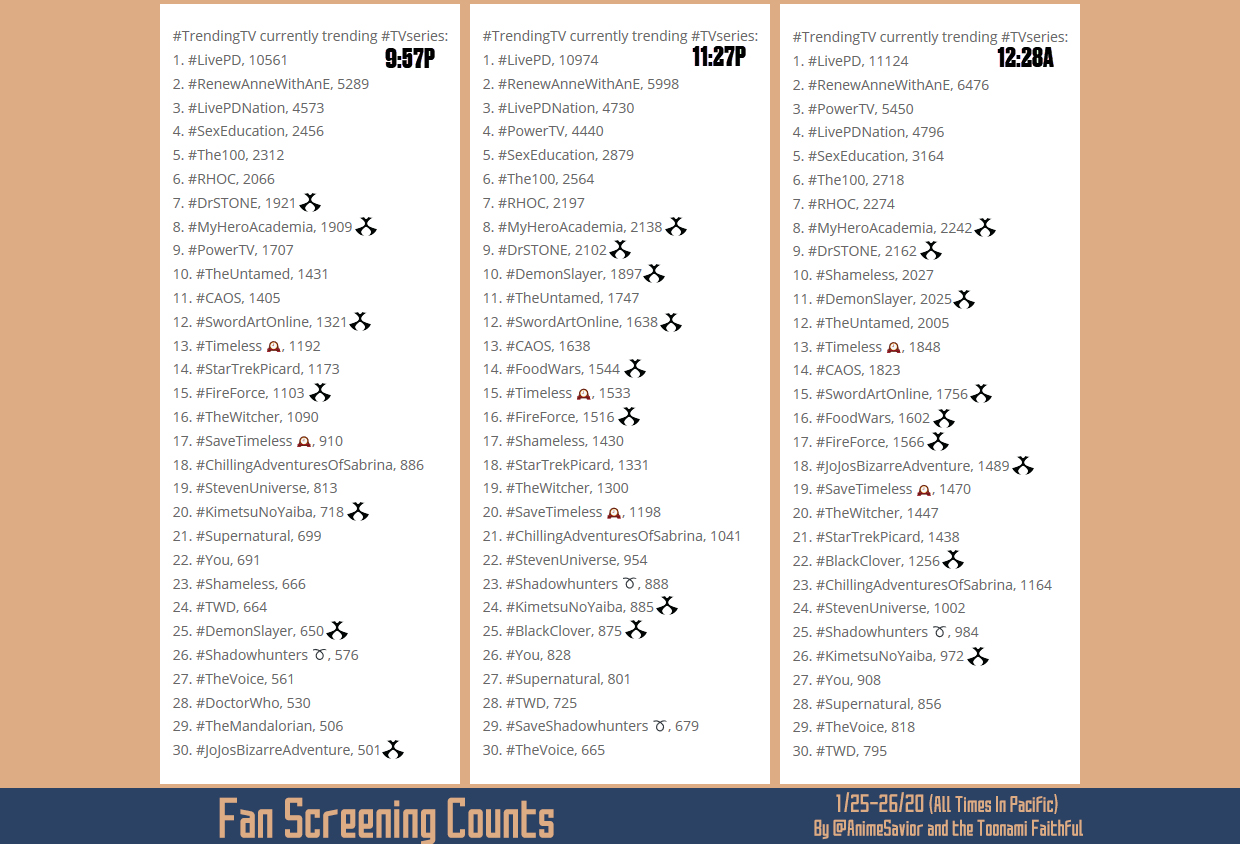 “You better pray that Kirito wakes up [Kikuoka], because if he doesn’t, I swear I’ll make you pay!”

The Toonami Trending Rundown for Jan. 25-26, 2020. The first Toonami in the “Year of the Rat” brought us the penultimate episode of Fire Force’s first season.

Among the notable highlights from the night, Sword Art Online would see Alice being forced out of her short retirement from the Integrity Knights as she defended the village against an army of goblins from the Dark Territory. But it was not before Alice had to shut down the village chief for wanting to have the citizens guard the town (or more accurately, his mansion) instead of evacuating to safety. Meanwhile, the crew of the Ocean Turtle is forced to retreat and bunker down in another area as a group of armed mercenaries storm the base and began hacking into the Underworld servers to take Alice for themselves. Also, Asuna is furious at Kikuoka that the invasion lead to a power surge that would render Kirito unconscious again, leaving a hole in his fluctlight and disabling his ego. Fire Force saw Shinra trying to persuade his brother Shou to leave the Evangelists and come home with him, helping Shou remember his childhood memories with him and their mother. Despite having his eyes opened to these revelations, Shou nonetheless stabs Shinra with his sword. The Evangelists retreat with Shou and self-destruct their hideout, but Company 08 regroups and retreats just in time to sending Shinra to the ER to repair his wounds. And Dr. Stone has Senku successfully recruiting the Ishigami Village into the Kingdom of Science, as he has them rebuilding the village after Homura’s attack before their defenses against Tsukasa’s empire. The first of which would be to create the founding pieces in the creation of cellular devices.

This week, ToonamiFaithful.com released its tenth interview from Anime Expo 2019, as I talked with Jennifer Losi, the voice of Rinko Kojiro (Kayaba’s girlfriend) in Sword Art Online, Reiko (one of Yuya Fungami’s girls), and Shinobu Kawajiri (Hayato’s mom) in JoJo’s Bizarre Adventure.

VIZ Media this week released the fifth volume of the JoJo’s Bizarre Adventure Blu-ray sets; containing episodes 21-39 of Diamond is Unbreakable. The set can be picked up at major anime selling retailers for $69.99 MSRP.

Can the cast of JoJo's Bizarre Adventure: Diamond is Unbreakable tell the difference between a real and fake 『STAND』? ゴゴゴゴ pic.twitter.com/vpT7kEAJJl

Tune in next week for the season finale of Fire Force, among other great moments. See you again next week, and I do want to take this moment to join everyone in saying rest in peace to Kobe Bryant, his daughter Gianna, and all those who unfortunately lost their lives on Sunday. Thank you for inspiring the fans over the years, and we hope to see you on the other side.

Special thanks to @Journeyman15, @MikeMorse1017, and others I forgot to mention for spotting some of the trends on this list.