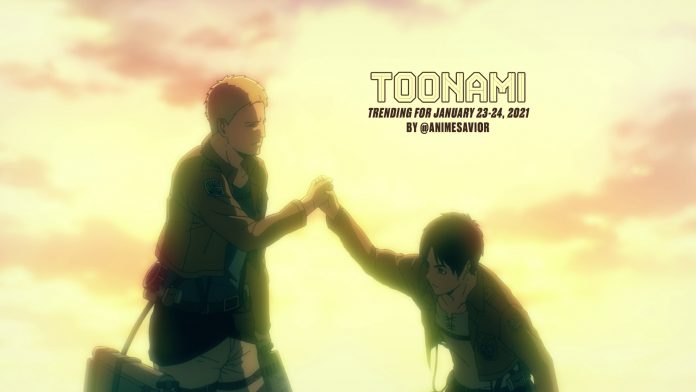 “Everyday I’ve spent here, I’ve wondered: how did all these people let it come to this? Minds and bodies ruined. Dreams of freedom erased. Personalities burned away. No one would want to go to war if they knew what it would do to them. But it’s not like we all leapt into that hell knowingly. Most of us were pushed. Some of us were pushed by other people. And some of us were pushed by the environments we grew up in. So, the few who do choose to leap into hell see it differently than the rest, and they’re also able to see something beyond the hell. Maybe that’s something is hope or maybe it’s just another hell. Fact is, you can only find out by moving forward.”

For this week’s social media buzz, #Toonami would trend in the United States on Twitter alongside Sword Art Online, Fire Force, and SSSS.Gridman. #Toonami would also trend on Tumblr.

Both Attack on Titan and Sword Art Online had character trends this week. Attack on Titan’s buzz would see both Reiner and Annie trending, as Reiner recalls his journey with Bertholdt and Annie of how they were selected to receive Titan powers. Sword Art Online’s hero Kirito also trended, due to the Fluctlight Acceleration ramped up, he and Asuna would be stuck in the Underworld for 200 years (or in what would be around 10 minutes real-time).

This week’s feature was a new animated music video for “Autumn and Carbine” by Code Orange. You can check it out below.

TMS Entertainment released a new trailer and key visual for the second season of Megalo Box. Titled Megalo Box 2: Nomad, the sequel is scheduled to premiere on Japanese television and streaming services this April. 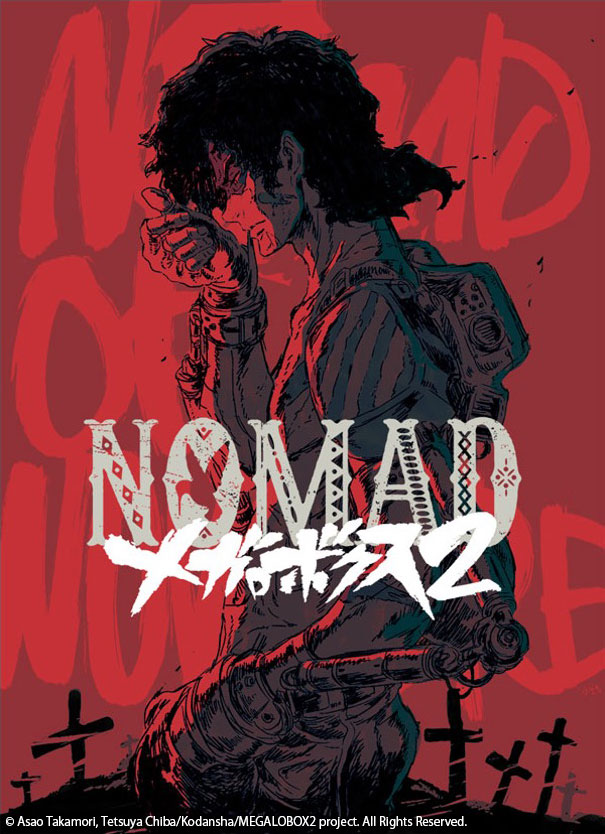 Nomad will take place seven years following Joe’s fight against Yuri in the Megalonia final. The trailer depicts an aged and battle-scarred Joe, now with a new nickname of “nomad,” once again donning his gear and fighting in underground matches.

If you want to see Megalo Box return to the block, send your show requests to Toonami’s Facebook page or by directly messaging Jason DeMarco through his ask.fm page or Twitter (@Clarknova1). We also recommend letting Viz Media and TMS Entertainment know through their social media accounts.

Tune in next week for the penultimate episode of Sword Art Online: Alicization, among other great moments. Until next week, stay safe, be sure to visit blacklivesmatters.carrd.co to see what you can do to help the fight against social inequality, and continue to do your part to stop the spread of COVID-19 and protect others by following your local health advisories. Stay at home unless essential purposes require you to go out, practice social distancing by staying six feet/two meters away from one another if possible, and wash your hands thoroughly for at least 20 seconds.

Special thanks to @BenjaminOscar77 and others I forgot to mention for spotting some of the trends on this list.