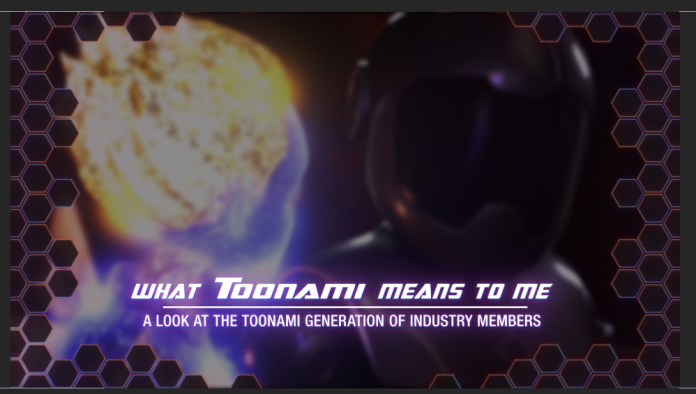 As many of you are aware, Toonami Faithful debuted a full-length documentary in December of last year titled “What Toonami Means To Me.” Due to the amount of positive feedback as well as the fanfare for this project, we decided to release all the interviews conducted for the project. We felt that because of everything, we would love for fans and readers the chance to see everything that was said (including some fun stuff that wasn’t heard). So if you’d like to hear everything mentioned, subscribe to Toonami Faithful’s Patreon page.

Each interview will be posted on the last Sunday of each month. Get the chance to hear all of the cool stories, inspiring messages, and some questions that were asked to the director of the project (CJ Maffris), while this was going on.

Make sure to come back to this piece, because it will be updated after each interview is published! We hope you enjoy the extras we are publishing, and hope that you’ve checked out the documentary on our Facebook and YouTube page!

For the month of January, we will be debuting the full interview with Jen Losi, who has been credited with inspiring the project to be what it became! Make sure to give it a listen!

In February, Toonami Faithful published the full interview with Bill Butts! Check out everything he had to say while taking part in the documentary that varies from people of color getting a chance for roles, how Toonami inspires their fans and his favorite series!

Our March behind the scenes interview spotlights Ryan Colt Levy! He was the first guest of the project. Check out what Ryan had to say to set the tone on the entire project!

In April, we posted the full interview with guest Lizzie Freeman! Fresh after getting to see her performance as Trish in Jojo’s Bizarre Adventure: Golden Wind, Lizzie discussed the importance of Toonami and why the block is a fantastic place for inspiration.

For the month of May, the full interview with Cedric L. Williams Jr was published! Cedric had the honor of being the last guest for the documentary and offered some amazing feedback on how the block inspired him to work in the field. As well as, why reaching the goal of being on Toonami means so much.

The interview published for June was with Deneen Melody! Check out the full unedited interview with her thoughts about what the block means to her, why having a role air on the block is such a crowning achievement, as well as why anime on television is still culturally important in the anime world.

Sparks fly as Toonami Faithful published their full interview with Kiba Walker for the documentary What Toonami Means To Me. Hearing Kiba mentions how voice actors could play vastly different characters and how much FLCL moved him, hearing his voice on the iconic block helped him reach a huge milestone. It’s an interview you won’t want to miss!

Stefan Martello is the featured guest for the month of August for his behind the scene interview from the documentary What Toonami Means To Me. Old-school fans of the cartoon block will want to listen in to hear all the callbacks of some of his favorite series, and what it meant hearing his voice on Toonami!

Tiana Camacho was highlighted for our September posting of the latest behind the scene interview from the documentary What Toonami Means To Me. Tiana was gracious enough to chat about how both Toonami and Adult Swim is a way to view her family history. Learning about her background and how much she loved the game reviews on the block, is a huge treat and one that fans will not want to miss!

We have another full-length interview from the documentary, What Toonami Means To Me to share this month! This time, Brandon Winckler gave us their story on the impact Toonami has has throughout the years among fans and colleagues who work in the industry. It was a treat to get a perspective of someone who started a huge fan and now has been on major projects heard on the block known for showcasing anime!

On the latest behind the scenes interview from the documentary, What Toonami Means To Me, voice actor Joe Hernandez gave his thoughts about anime and the best place to watch it (Toonami). The level of storytelling in anime is what spoke to Joe, and the fact he was able to catch it on Toonami was a huge influence in creating a passion to enter the voice acting industry! Make sure you check out everything he had to say in the interview he provided for the project.