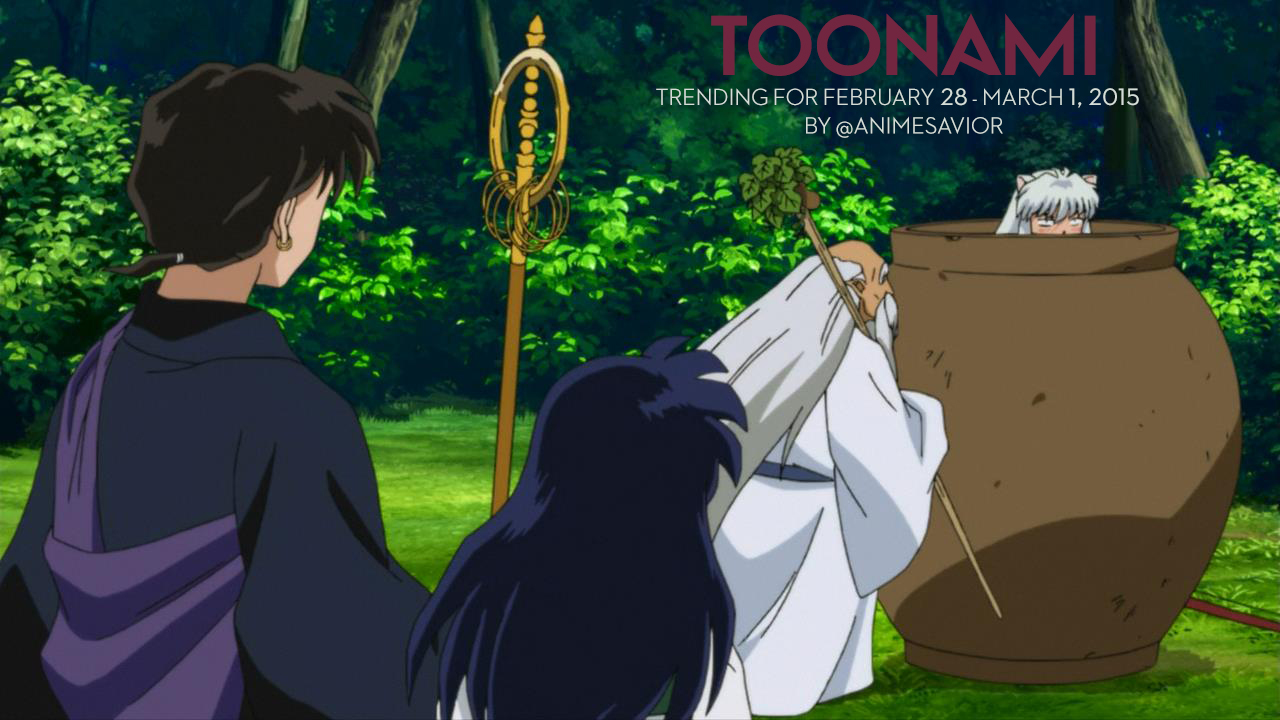 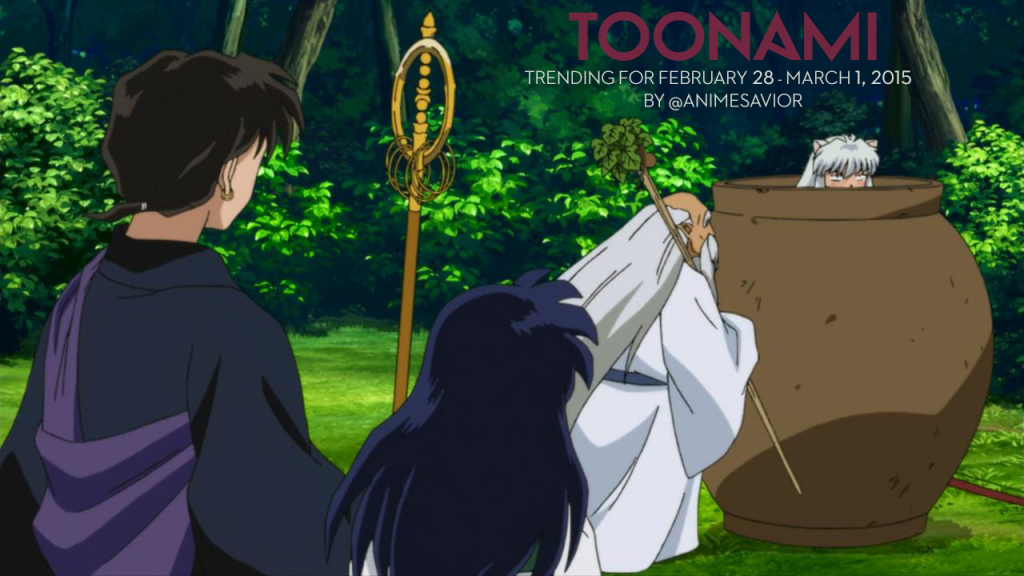 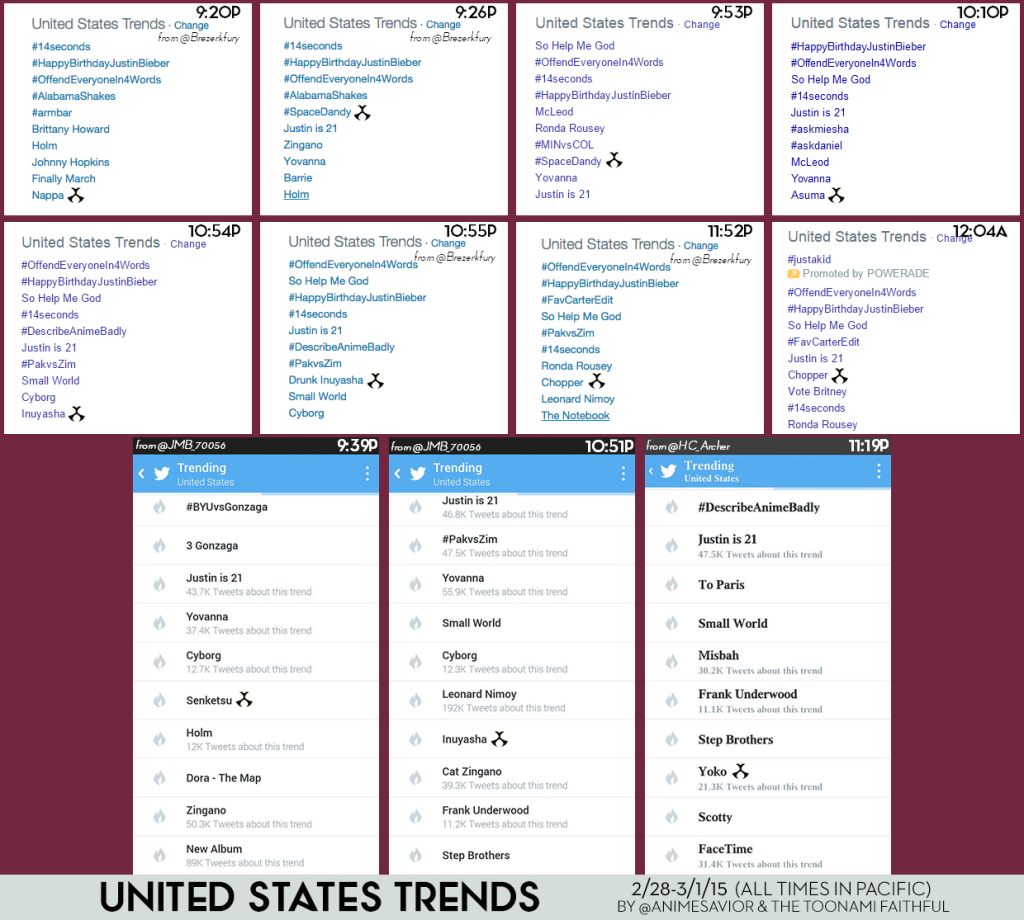 “We are demons, Sango. We cannot understand your human affection or empathy. However, we have just felt the monk’s resolve, and that we do understand. We have decided that we shall support you once more. We shall fight by your side again.”

The Toonami Trending Rundown for February 28-March 1, 2015. The beginning of the new month brings us an interesting night in terms of trending. On one hand, none of the designated show hashtags trended. But when it comes to character and in-show content trends, every show save for Deadman produced at least one.

DBZ brought us Nappa as Goku unleashes a back breaking move on Nappa to prevent him from attacking Krillin and Gohan, in addition to quite literally being tossed away by Vegeta. Kill la Kill brought us Senketsu as he gets cleaned by Mako’s family and gets delivered…only for things to go quite awry in the process. Shippuden had Asuma, as Naruto gets advice from him as he continues his chakra training in addition to the reveal that he is Konohamaru’s uncle. InuYasha brought us InuYasha as well as Drunk InuYasha as he gets drunk by the alcohol that was being used to repair Hiraikotsu and Miroku’s pain. Gurren Lagann had Yoko, as she and team Dai-Gurren begin their quest to save Nia from the anti-Spiral…only for the Anti-Spiral to go all-out against them. And One Piece brings us Chopper, as he has difficulty in taking down Kumadori and is forced to eat a third Rumble Ball.

In addition, Funimation also showcased a commercial for the Blu-rays for Season 1 of Space Dandy, to be released this Tuesday, and that also trended in the US.

Daylight savings begins next week, though fortunately due to the unfortunate block shrinkage, no shows will need to be preempted as a result of the time change, with Gurren Lagann, One Piece, and Deadman Wonderland airing at what would be technically 3, 3:30, and 4 am Eastern respectively, so keep that in mind.

Special thanks to @Brezerkfury, @HC_Archer, @JMB_70056, @JpopJams, @myanimewaifu, and others I forgot to mention for spotting some of the trends on this list.

The Freaks Come Out at Night. Only Toonami on [adult swim] on Cartoon Network.