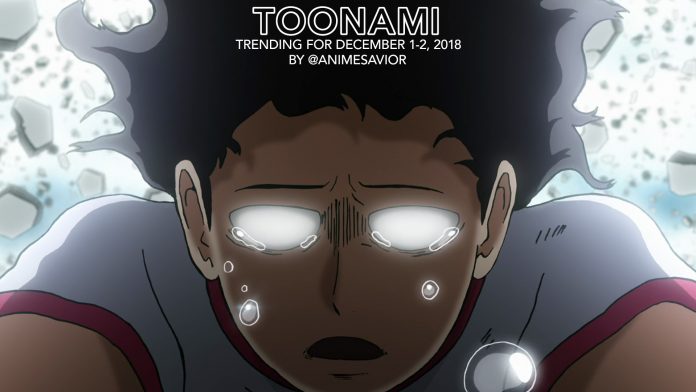 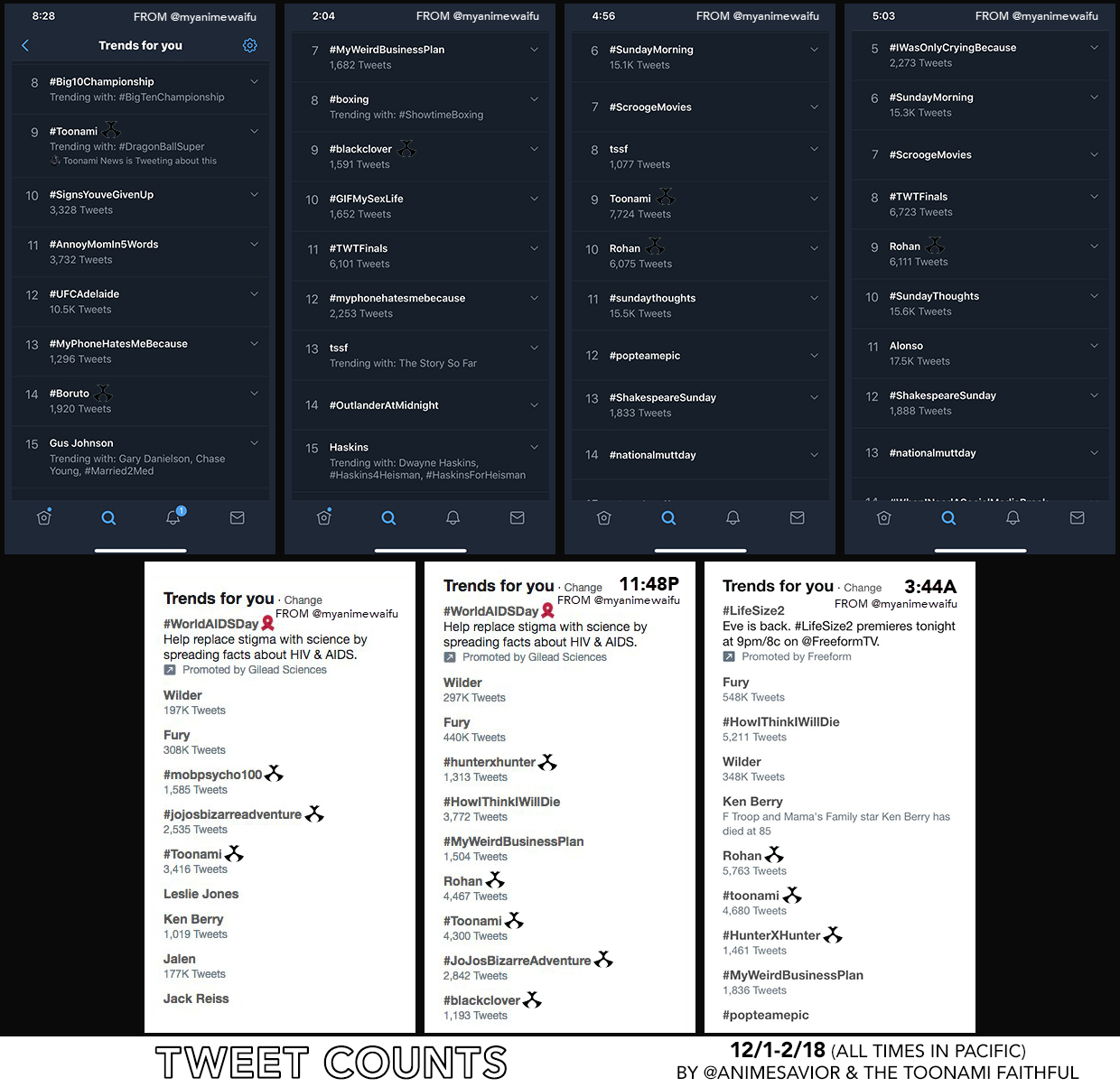 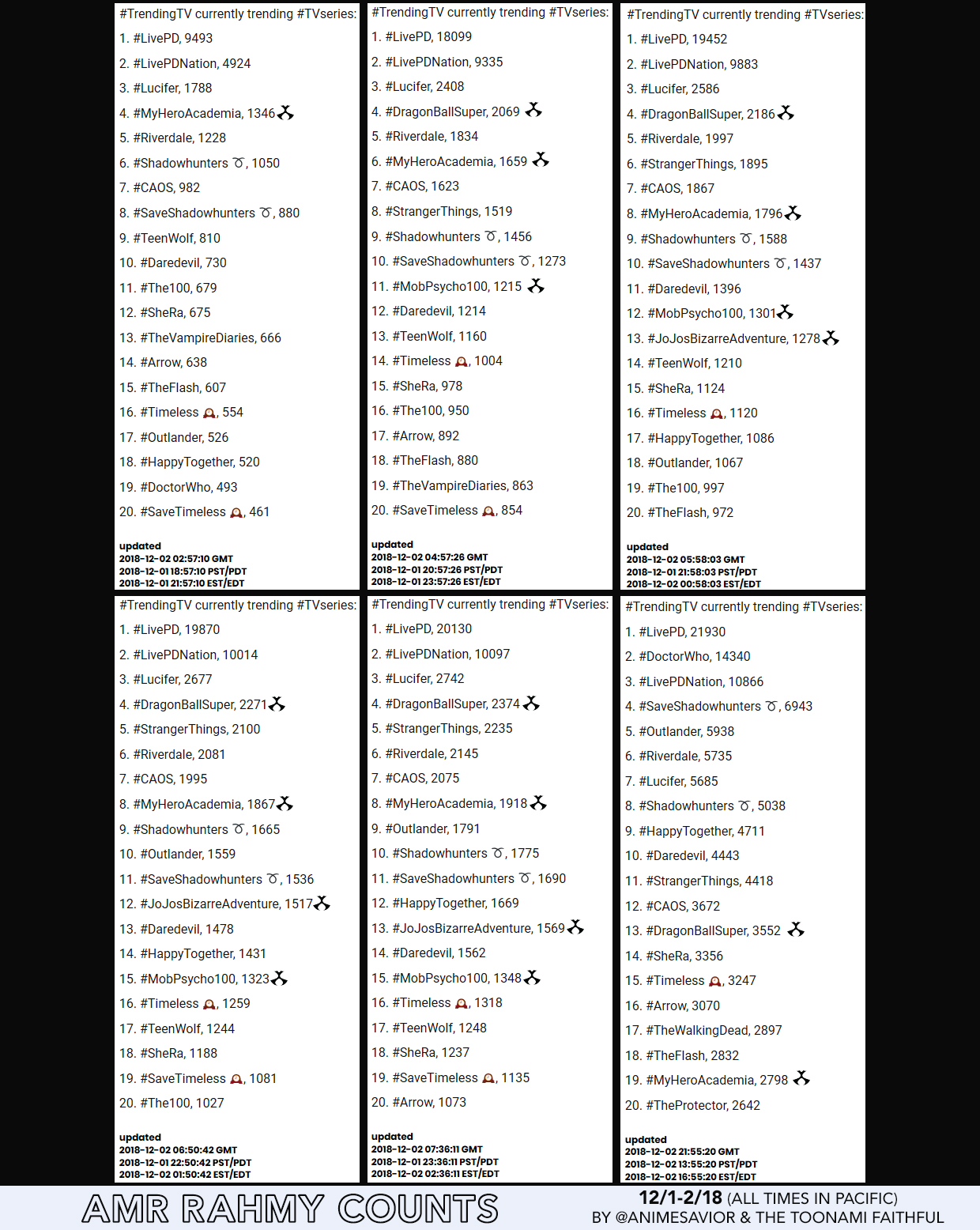 “Hold on, that’s it. I think I just realized why you hate me so much [Teru]. It’s because you and I are the same. And not because we have both have psychic powers, but the fact that you have no confidence in yourself. Same way that I don’t. If you take away your abilities, they’ll be nothing left. You’ll be empty. You’re scared of that realization. No friends, no standing out. Just another loser who won’t in this world.  That’s me. Deep down, you’re the same as I am. You just don’t want to admit that you’re nothing without your psychic powers. […] We’re the same. From my perspective, you’re just an average person.”

The Toonami Trending Rundown for December 1-2, 2018. We come down the stretch to the final month of the year, as Boruto tries to figure out if his special eye is the Byakugan, or something else entirely, while Teru uses his psychic powers to try and force Mob to use his powers against him, and Koichi meets one of favorite manga artists in Rohan.

On Twitter, JoJo’s Bizarre Adventure would trend in the US alongside Rohan and Hunter x Hunter. On Tumblr, Toonami would trend alongside My Hero Academia and JoJo’s.

On November 29, Toonami announced one of their newest original productions, as they will be partnering up with Alcor Media and Crunchyroll to produce a 12 episode Blade Runner anime series titled “Black Lotus”, with Shinji Aramaki and Kenji Kamiyama serving as the series directors and Shinichiro Watanabe as a creative producer. A release date is still to be announced. On Twitter, Blade Runner would trend in the US as a result.

This trending rundown was rolled out a little late due some personal issues on my end. Apologies for the inconvenience. We’ll have this week’s trending rundown posted hopefully by tomorrow, and until next time, and stay gold.

Special thanks to @AmrRahmy, @myanimewaifu and others I forgot to mention for spotting some of the trends on this list.