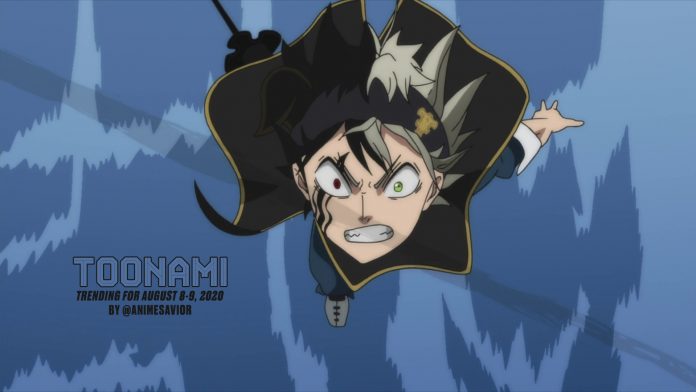 “Your system’s trash. You can’t measure ability just by looking at talent.”

Among the notable highlights of the night, JoJo’s Bizarre Adventure saw Giorno and the rest of the gang make their journey towards Rome for their next lead, but not before Cioccolata and Secco stop them. With the power of their stands, and complete disregard for collateral damage, Giorno and others will have to react quickly to stop these two stand users. Meanwhile, Black Clover has Asta and company sail off to the Heart Kingdom on their investigation of uncovering the looming demon threat. However, Asta is plucked away by a spirit that protects this kingdom named Undine, while Noelle, Mimosa, and Finral are forced to fight Gaja, one of the kingdom’s guardians. With Gaja and the Undine’s powerful magic, Asta and his friends will have to rely on their teamwork to get out of this jam. And Fire Force returns to the block with an encore run of episode 15, as due to delays involving the COVID-19 pandemic, fans will have to wait until October for the second season.

On Twitter, #Toonami would trend in the United States alongside both JoJo’s Bizarre Adventure, Fire Force, and Black Clover. #Toonami would also trend on Tumblr. The full list, including statistics and tweet counts from the Twitter app and Amr Rahmy’s Fan Screening analytics app, can be seen below.

Aniplex and Cloverworks released a new key visual of The Promised Neverland, which you can see below. The second season is scheduled to premiere in January 2021 (in Japan and simulcasts), delayed from its previous October start date this year due to COVID-19. For those who wish to re-watch the series, Aniplex has the season available subbed and dubbed on Crunchyroll and FunimationNow, with a release also on Netflix next month.

Aniplex also announced that the first 26 episodes are available both subbed and dubbed on Crunchyroll and FunimationNow, for those who want to re-watch Sword Art Online in anticipation for the final part of Project Alicization.

Not much else to say other than until next week, stay safe, visit blacklivesmatters.carrd.co to see what you can do to help the fight against social inequality, and make sure you do your part to stop the spread of COVID-19 and to protect others by following your local health advisories. Stay at home unless you need to, practice social distancing by staying six feet/two meters away from one another, if all possible, and wash your hands thoroughly for at least 20 seconds.

Special thanks to @Journeyman15, @sdurso5 and others I forgot to mention for spotting some of the trends on this list.

It’s Good To Be Back. Only Toonami on [adult swim] on Cartoon Network.