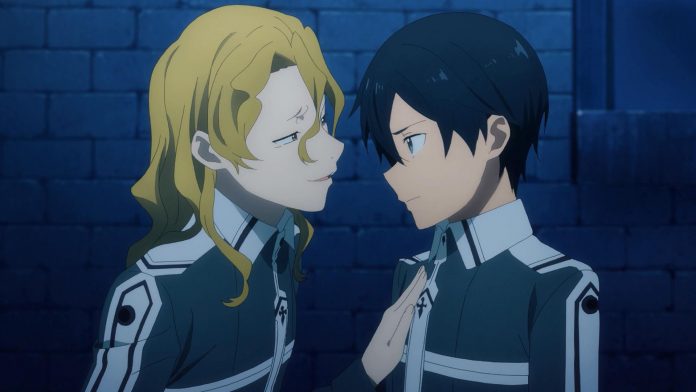 On Monday, Toonami revealed that The Promised Neverland will make its debut on April 13 at 12:00am Eastern/Pacific, to go along with a significant schedule shakeup by the Adult Swim scheduling department, with Dragon Ball Super, Hunter x Hunter, and Attack on Titan staying put at their usual time-slots, while SAO, Black Clover, and Shippuden airing earlier in the schedule, and My Hero Academia, Boruto, and JoJo’s airing later in the schedule. The full schedule can be seen below and make sure to make plans and set your DVRs if needed. 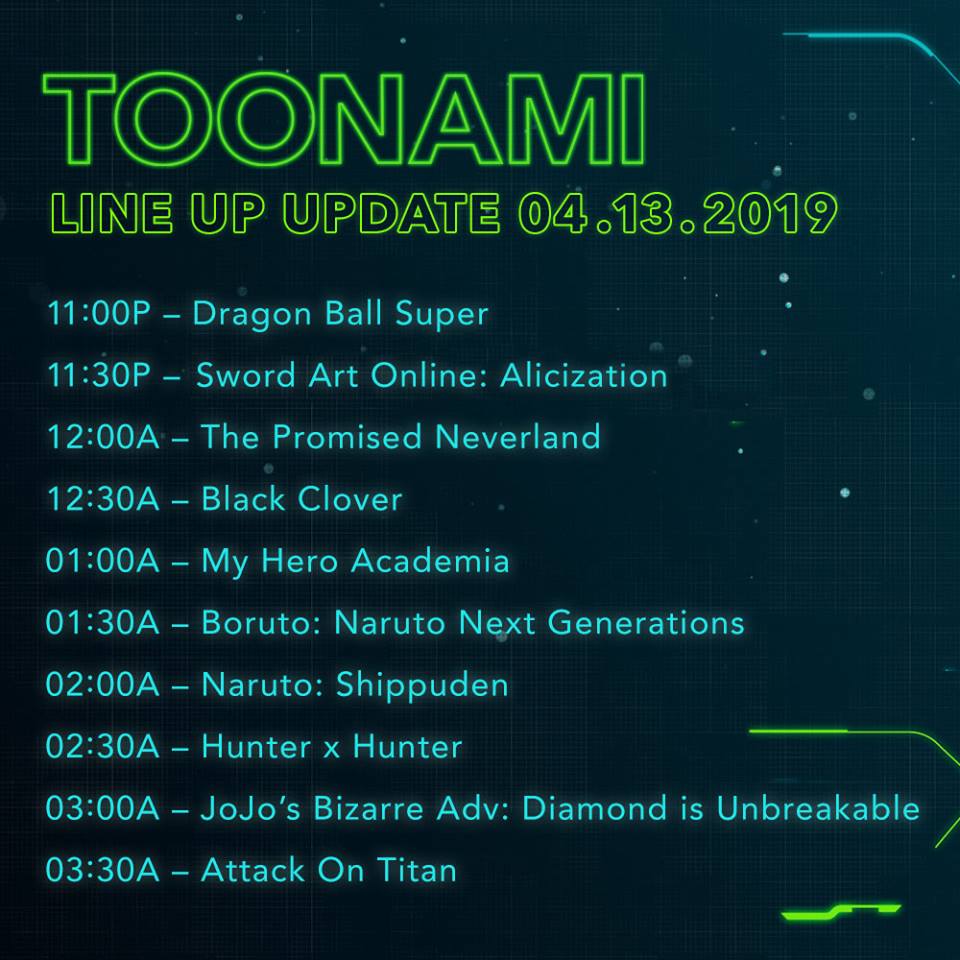 According to Jason DeMarco, the schedulers wanted to switch things up based on performance metrics among other things and also told fans that “Something moving to the tail end of the premieres in the block does NOT mean we don’t care about it [and] won’t support it.”

In addition, after some initial confusion and conflicting reports on the matter, it has been revealed on Wednesday that this Saturday night, Toonami will showcase another doubleheader of Sword Art Online Alicization with episodes 9 and 10 airing from 12:30-1:30 am ET/PT.

A PR representative from Adult Swim originally told Joshua Mathieu of Toonami Squad that Toonami planned on airing an encore episode of Episode 8 followed by the premiere of Episode 9, but Jason DeMarco would later change the airing strategy after this question by our colleague @Sketch1984 came into consideration, and was late to relay the message to the PR department. 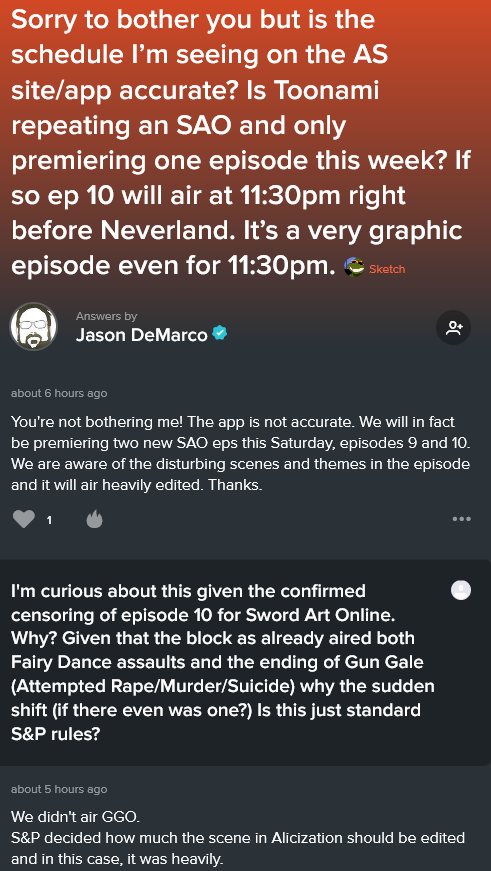 Episode 10 was rather infamous among the greater anime community when it originally aired in Japan as it involves a sexual assault scene involving two of the show’s new heroines. Anticipating a backlash, Aniplex placed content warnings at the beginning of the episode, and even censored parts of the scene on all the streaming services they put the show on, in comparison to the Japanese airing which was uncut. The scene will see some significant edits from Cartoon Network’s Standards and Practices department for this week’s broadcast.

Sword Art Online creator Reki Kawahara has since said he has regretted the move, and has since apologized to the voice actors involved and has vowed not to create such scenes in future editions of SAO.

Regarding the controversy, I asked Jason DeMarco this question on Twitter for his thoughts on the matter:

Although SAO creator Reki Kawahara has since regretted creating the events of Episode 10 and vows not to make another, many of your critics have insisted that SAO should be disqualified from airing on Toonami because of his usage of sexual assault, even though there are quite a few of these same folks who seemed to have no problem when Hellsing, Kill la Kill, and even One Piece aired such events on Toonami. I remember a few years back that you said you received zero complaints regarding airing the Fairy Dance arc outside of trolls who decided to make it a big deal and have since went on to air more graphic shows like Black Lagoon, the previously mentioned Hellsing and Kill la Kill, and JoJo’s. What are your thoughts on the usage of “uncomfortable moments” for lack of a better term on Toonami and TV in general?

Jason: “Hmm… good question (and a complicated one). I think that anime has, for a long time, treated the subject of sexual assault in an overly casual way. This is partially due to the male dominated nature of the anime industry, and partially due to the differences in social mores between the U.S. and Japan. However, I think that today’s anime audiences are more connected and global, and as such, are more able to push back on what they feel are overly casual, graphic, or just poorly executed stories that involve sexual assault in anime. My personal feeling is that sexual assault should be something that is only used in a story if it’s absolutely central to our understanding of the character, and even then, it should be done in a non-salacious way if at all possible. That’s just my preference though.

There are many anime (and we’ve aired a few) that use things like sexual assault or the THREAT of sexual assault as thematic and story drivers. We will air a show that might have a scene or two we aren’t into if the rest of the series is one we are into. In the case of SAO I think viewers have every right to wonder about the inclusion of the scene in ep. 10 and ask why it needed to be in there and whether or not the show is worth watching. I think it is. You may disagree. We don’t feel bad editing the scene down heavily, since the creator himself admitted he went a bit too far with it. Anyway, as with anything we air on Toonami, it’s all looked at and approved by our Standards & Practices department and edited to fit TV ratings standards. Thankfully, that difficult work is *their* job, not mine! ;)”

What are your thoughts on the schedule changes? Let us know by commenting blow or directly on our social media.