Source: Son Of The Bronx/TVMedianInsights 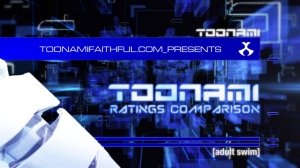 If you want more data, you can check my spreadsheet here and look for the latest tab “Dark Knight Returns” That will have further data including per year difference and HH differences as well as overall gains and losses for each time slot and average ratings per slot.