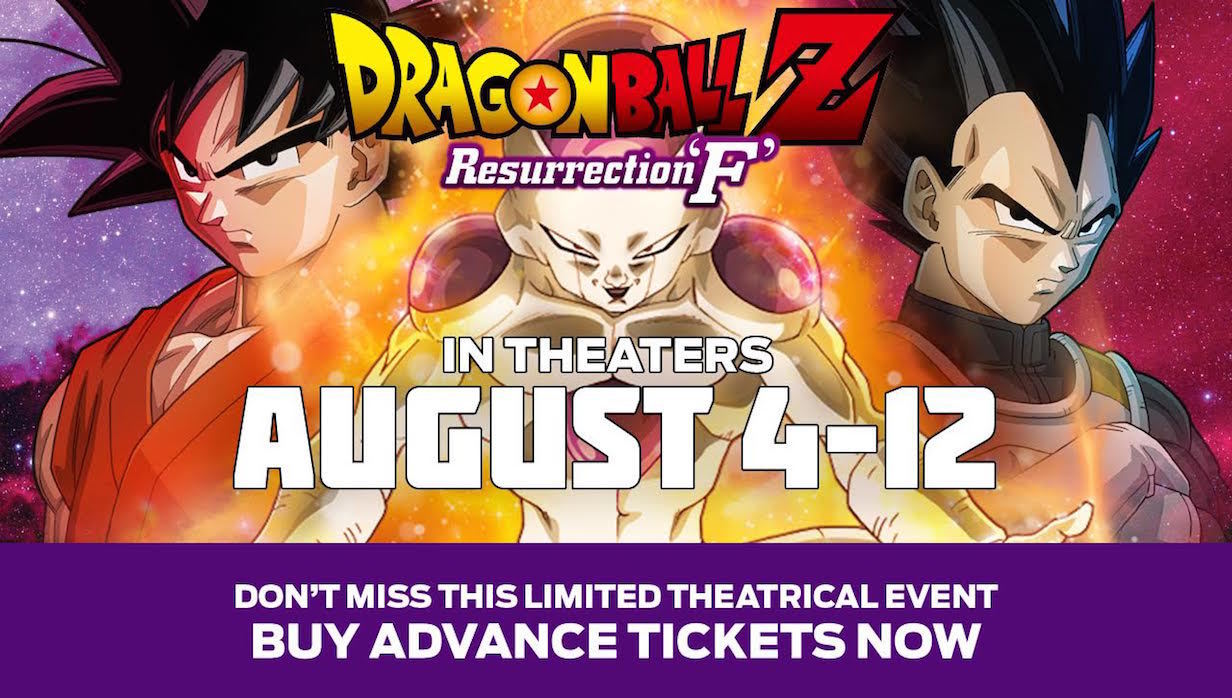 Surprise! That’s right folks. FUNimation let us review the movie Dragon Ball Z: Resurrection F. How does this movie stack up against Battle of Gods? Is it even worth watching? Find out in this Toonami Faithful Review.

Resurrection F starts with Sorbet, voiced by Jeremy Schwartz, searching for the Namikians and the dragon balls they possess. Unsuccessful in their search, Sorbet decides to go to Earth and use those dragon balls to revive Frieza. After successfully reviving Frieza without alerting the Z Fighters, Sorbet uses a machine to restore his master’s ravaged body. As long time fans know, Trunks sliced Frieza up into pieces and Shenron was only able to revive Frieza in those very pieces. With his full body back, Frieza begins training himself to get strong enough to defeat Goku. Four months later, Frieza, along with an army of 1,000 warriors, arrives on Earth to exact his revenge on Goku. Can Frieza stop Goku with his new powers? And will he destroy Earth along with him? That’s for you to find out by watching this movie.

Toei Animation needs to be commended for the impressive mix of traditional animation and CGI in this film. The CGI can be jarring at times but not to the point where it takes you out of the moment. There is of course, a lot of action which is certainly a plus. The battle between the Z fighters and Frieza’s forces is wonderful. The choreography in these fight scenes is commendable. It helps that the story around these battles is very solid making for an overall enjoyable film.

While the film was enjoyable, I was left with some unanswered questions. The following will include spoilers, you have been warned. The major question I have is how did Vegeta and Goku both ascended to this new Super Saiyan God form? Sure, they said they have been training with Whis, but I wanted to see their evolution to this new form. I particularly wanted to see how Vegeta achieved that new power. I can excuse Goku suddenly having it since he always seems to achieve new forms easily in the past, but Vegeta? The highest we’ve seen him go is Super Saiyan 2 and that does not include Dragon Ball GT. So how did he get to this form and how is he still weaker than Goku despite having it? This boggles my mind. I can only hope that Dragon Ball Super enlightens us on how that happened but it really ought to have been shown in this film. My other criticism is the final fight seemed like it was lacking something. I felt it was missing the emotion of previous fights in the series and it did not even come close to the final battle in Battle of Gods. There’s also one other reason the fight was lacking, but that would be a major spoiler so no hints. All I can say is pay attention to what Goku says during the fight.

So after reading this, you might be asking if you should go see this film. I can only offer my opinion but I think any fan of Dragon Ball Z should see it. It’s one of the best Dragon Ball Z films that Toei Animation has ever made. Yes I have some criticisms that warrant taking off a few points and yes you may have the same reaction I had after watching it. None the less, the animation and the choreography in the action sequences makes this film not only one worth watching, but also a solid film overall. I mean it when I say it is one of the best DBZ films ever made. This is why ToonamiFaithful.com gives Dragon Ball Z: Resurrection F an 8 out of 10.

Be sure to check out this movie on the big screen starting August 4 in theaters. Get your tickets now. Let us know what you think of our review by commenting below or on Twitter using both #ToonamiFaithfulReview and #DBZRF.