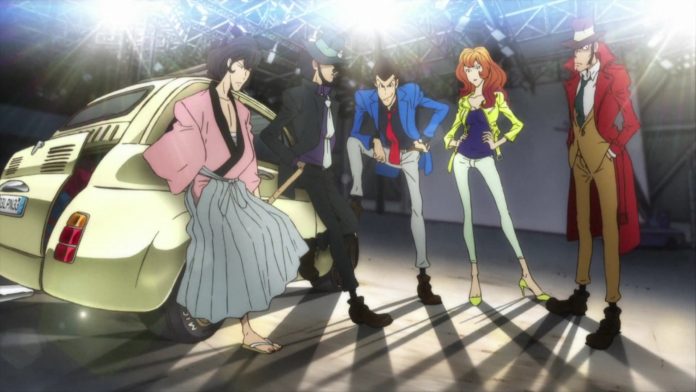 Lupin the Third has been around for over 50 years, and with that comes a considerable legacy. Lupin and his team have gone on countless adventures during their time, but the franchise has continued to keep alive the essence that has made it so influential. Still, it’s sometimes necessary for long-standing franchises to break from their status-quo. In 2015, Lupin the Third Part IV debuted in Japan, being the franchise’s first traditional Lupin TV series in 30 years. While Part IV retained many of the signature elements of the franchise, it brought along its share of new ideas as well. Among these is a concept that has helped differentiate modern Lupin from its predecessors: adding a “fifth member” to the Lupin gang. Let’s take a look at what has made this such a game-changing choice for Lupin the Third.

While Lupin’s gang of four has become a recognizable stable among fans, this was not always the case. In the early chapters of the Monkey Punch’s Lupin III manga, Lupin had a variety of love interests and allies that would go under the names of “Fujiko” and “Jigen” respectively. Still, none of them would remain in the series beyond their stand-alone stories. While this helped give the manga an episodic tone, it meant that Lupin was one of the only characters that had proper characterization. As the series went on, Monkey Punch started giving the manga a more consistent narrative. This narrative can first be seen with the introduction of Goemon at the end of the third volume. Goemon was initially Lupin’s enemy, but unlike other antagonists, he continued in the series as a recurring character. Slowly, characters such as Fujiko and Jigen would start being consistently established as well, and eventually, the Lupin gang was officially formed. This finalized team would serve as the loose basis for the anime incarnations of the Lupin gang, consequently leading to their iconography. 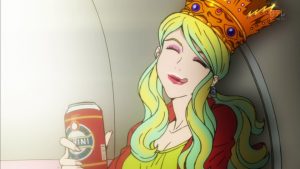 In the first episode of Lupin the Third Part IV, we are introduced to the character of Rebecca Rossellini, who serves as a new member of the main cast. While Rebecca never becomes an official member of the Lupin gang, she has a consistent dynamic with the group that was almost unheard of in any of the previous Lupin series. Adding new characters to the established main cast had been rarely done before in Lupin’s history, and none of those instances had been in a traditional Lupin anime. Rebecca’s energetic and thrill-seeking personality provided Part IV with an opportunity to stand out in the franchise as something beyond the norm, and it did just that. Throughout Part IV, we see Rebecca have a conflicting relationship with Lupin, using their marriage at the beginning of the series as a catalyst for their continued interactions. It provides Lupin with a kind of challenge that he has never experienced before, having to face someone who is non-threatening but still has leverage over him. What makes Rebecca even more fascinating is her ability to change throughout Part IV. By being long-time established characters, the traditional cast of Lupin the Third has had few opportunities for further development, but those limitations do not bind Rebecca. As we get further into Part IV, we get to learn more about her past, her motivations, and her growing feelings towards Lupin himself. It’s the kind of character arc that has never been present in a traditional Lupin anime, and it serves to make Rebecca a fantastic character overall. 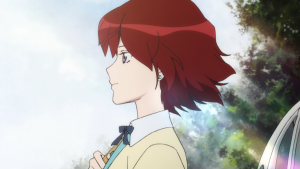 That being said, Part IV isn’t the only Lupin anime in recent years to use the “fifth member” concept, as Lupin the Third Part V has also embraced it with the character of Ami Enan. In many ways, Ami is the natural evolution of Rebecca, being a new cast member that breaks from the traditional Lupin formula. Ami quickly joins Lupin’s gang after encountering them in the first episode of Part V and becomes a main character for the remainder of the series. While Rebecca had a more observatory role in Lupin’s usual antics, Ami is actively involved in the Lupin gang’s efforts. With Part V having a heavy focus on technology, Ami’s hacking abilities make her a vital asset to the team and thus, all the more memorable. Beyond her actions, Ami has substance that exceeds any character previously in the franchise. Ami starts off as a reserved girl haunted by her cruel past and upbringing, but throughout the series, we see her become more expressive and fascinated with the world around her. Subtlety is not an attribute commonly associate with Lupin, yet Ami’s character embodies it wholeheartedly. Viewers can notice Ami’s personality slightly change each episode and how it’s affected by her surrounding environment. It’s a gradual development that hasn’t been possible in Lupin in the past due to the static nature of its core cast, but Ami’s presence allows it to become a reality while still working within the boundaries of Lupin’s format. Ami proves that there is tremendous value in the “fifth member” concept, and also showcases the possibilities that the Lupin franchise now has at its disposal. 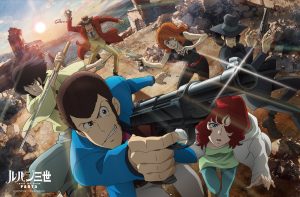 One of the best parts about being a Lupin fan is seeing the franchise evolve. What started as a wacky manga in the 60s has become a hit bigger than anyone could imagine. As audiences grow and change, it’s crucial for series to find new ways to captivate viewers, and the introduction of characters like Ami and Rebecca makes me confident that Lupin understands that. Lupin the Third is continuing to innovate itself, and I’m certain that the franchise has only more amazing stories to tell in the years to come.