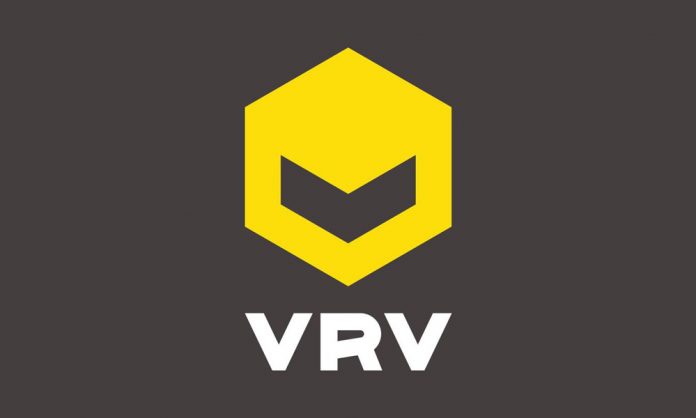 The AT&T Deal with Time Warner has finally happened, and the newly formed Warner Media is currently in the process of figuring out what they want to do with all their networks and platforms. One particular service now owned by Warner Media is VRV which belongs to the company Crunchyroll. As we all know by now, Crunchyroll has partnered with Toonami to get shows to air on their subscription service as well as on television. Due to that partnership, I’m inclined to believe that Adult Swim should look into becoming available on VRV to help establish a more dominant footprint in the competitive streaming market.

VRV is an animation and anime heaven having a ton of options for those who enjoy cartoons. Many anime fans use the service as a one-stop shop for everything that could ask for considering the library Crunchyroll brings to the table. But in the screenshot below, VRV offers even more than just cartoons for those who subscribe to the service. Due to how diverse their catalog is, it’s the reason I like the idea of Adult Swim series finding a home here to have access to a potentially larger audience. 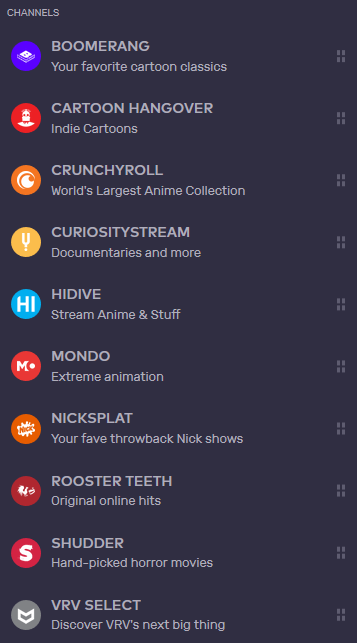 If VRV is trying to become the home for animation (when it comes to streaming), I think being able to add the content Adult Swim offers would be in their benefit. It would be able to attract many Adult Swim fans to their service, and possibly create more fans for the original series that Crunchyroll will be producing. The reason I bring this up is because of how many people I hear daily say that they would watch Adult Swim and Toonami if they still had cable or satellite. Momocon proved to me that Toonami is still popular and continues to hold interest with many animation fans. In the past, I’ve encouraged people to consider Sling as the option for people to watch Adult Swim, and in turn, Toonami. The price isn’t too high, and you get Cartoon Network as part of the basic package. It can be hard on the wallet to continue to subscribe to the many streaming services out there. And with how many there are, it’d be nice for Adult Swim to team up with one (in particular VRV) to move more fans to consider purchasing VRV. People do not want to pay a lot for TV entertainment these days, so offering a lot of content at a lower price might be a way to become a more popular choice. Would people buy a subscription to VRV to watch Toonami if a deal like that was in place? I asked this question on Twitter, and this is the results of my poll:

Poll: Interesting question for those of you that dont have cable and can’t watch #Toonami, would you get and watch it on VRV if CN/Adult Swim was added? This would include having access to the AS app as well.

Ninety-two percent of the people polled are in favor of the idea of Cartoon Network/Adult Swim being on VRV. While I was thinking about writing this article, it occurred to me that there are rumors that Warner Media is in the process of making their own streaming platform. I decided to poll this question as well to see if people would like this idea as opposed to combining Adult Swim’s programming with VRV. Here are the results:

Poll: If Warner Media comes up with its own streaming platform which included Adult Swim and the price was reasonable, would you get it?

This poll was 50/50. It seems more people want Adult Swim on VRV rather than a Warner Media platform. Seeing how much fans would prefer to see Adult Swim content on VRV, makes me believe it’d be in the best interest of both parties to make some deal. Depending on what shows air on Toonami, it might be challenging to air on VRV, but we won’t know unless an attempt is made. It would be an interesting move and one that I’d be watching carefully if it does happen down the road.

I hope that Cartoon Network, Adult Swim and Crunchyroll take a look at this and bring the network to VRV. It seems that Toonami fans out there view this as viable option and are willing to pay for it. Let’s hope we can see something like this happen in the future because it just makes sense for not only Toonami, but Adult Swim and Cartoon Network as well.

What do you guys think? Should Cartoon Network/Adult Swim be on VRV? Could it help Toonami? Let us know in the comments section.

Paul Pescrillo is the Founder of ToonamiFaithful.com and the Co-Creator of the Toonami Faithful Podcast. You can find him on Twitter @PaulPescrillo.