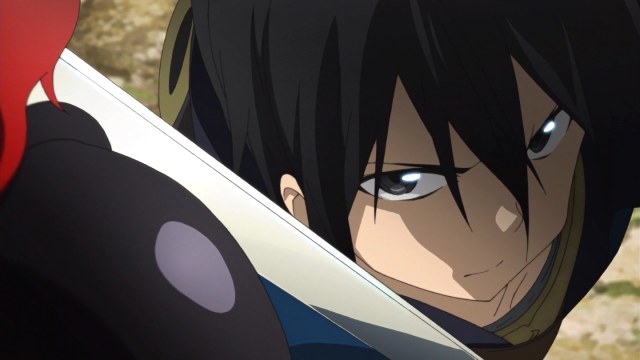 Ambient Virus and I decided to take a few weeks off but we’re back and ready to return to analyzing those Toonami ratings. Please keep in mind these are only our opinions and our opinions do not speak for the entire Toonami Faithful staff. If you want to know what they think about the ratings, listen to the podcast and/or ask them directly. If you have any comments or suggestions for this column please leave your responses below and feel free to e-mail me at AndrewHingson@ToonamiFaithful.com -Andrew “Sketch” Hingson

Ambient Virus’ Assessment:
Back from a rather needed break of ratings reviews. As we can only say “We’re doing good” so many times. This week marks the start of Sword Art Online at 2am and the return of Big O, albeit only season 2 due to the first season being in limbo. I’ll admit, I was interested in SAO if only because as a game designer I like the idea of how the show would work from a design aspect. Due to a lack of information it starts really stupidly but as Jim/Jose/Whoever says “Just remind yourself it’s a show.” Anyway, on to the break down.

Per Slot: A rather odd week with a couple of hard drops during the night. Most of the first 2 hours started with high 900k+ ratings with even SAO getting 930k for its first episode. I had figured about 850k that late but given the promos for it and the way they displayed the show, it’s better than expected. After SAO is when we see the first major drop, though 1:30 did see a 125k drop as well. The drop from SAO going into IGPX ended up being 225k which takes the block into the 700k range rather quickly. It isn’t really good but it could level off depending on how SAO is received by the fanbase. Hype can only go so far. After that we see another drop after Eureka 7 which leads into a rather low 550k range finish with both InuYasha episodes getting lower than usual.

Per Week: We gain where it counts but given the rather odd drop during the night most shows ended up losing upwards of 50-100k. The only shows that did better were Bleach, Naruto and SAO. This makes sense since we have the two starters and the premiere pulling people into the block. Beyond that it’ll probably come back in the later hours as the hype from SAO begins to wane but I won’t see that for at least another 3 weeks.

Per Year: I have a spreadsheet. It says massive pluses from last year, need I say more? Just look here under “Second Summer”

Overall: Nice start for Sword Art Online but I wonder how long the hype will last for this show. I know that it had a rather split fan base with some praising it and others flaming it. I guess as long as they explain the real world part a bit more I’ll be just fine with it. It’s the only real thing I’m wondering about. How do you live if you can’t eat, drink or go to the bathroom? Baring a hospital bed…you’re gonna die.

Toonami has finally added another brand new series which is not yet on home video. Sword Art Online is one of the most popular series to come out of Japan in recent years and regardless of diverging opinions I expect it to do well for Toonami. They gave it plenty of promotion and even though it is premiering at 2am, it’s following four powerhouses and could not ask for a much better lead. I honestly thought if those four shows all broke 1 million this past week then Sword Art could have as well but that pre-requisite did not quite happen leaving Sword Art at 930k which for 2am is still impressive.

I’ll start with the bad news. The later half of the block did not do quite so well this week either but it at least beat those hours last year by a fair margin. It seems the immediate absence of ThunderCats could be the cause of those lower numbers but Star Wars: The Clone Wars should fix that in a few weeks.

The front end overall looked good but Cleveland pulled in about 1.9 million on Saturday at 11pm and The Boondocks followed with 1.5 million which means Bleach lost 300k from The Boondocks. It seems while Bleach was very capable of besting The Boondocks when Black Dynamite was at 11pm, having Cleveland at 11pm keeps The Boondocks out of Bleach’s reach, at least in total viewers. We don’t know how these shows are doing with key demographics beyond what is mentioned in the Turner press releases which leaves a gaping hole in our data. So I will continue to caution you all that we do not know the whole story and probably never will and probably should not assume anything.

That said, it’s always nice to see Toonami fare well against the rest of Adult Swim in total viewership and this past week Toonami out-rated original comedy blocks on Thursday and Sunday in the 12AM-1:30 time frame and also bested a various reruns of original comedies on other nights of the week.

Not surprising, Bleach beat the Venture Bros. rerun but it also came close to the Childrens Hospital premiere and beat the 12:15 premiere of NTSFSDSUV which means it beat the average of those premieres on Thursday. Oddly enough the 3am encore of NTSF did better than the premiere but Bleach beat that one as well.

Naruto tied with the average of of Childrens and NTSF from 12-12:30 Thursday as well and One Piece was not too far behind.

To see how impressively Toonami did this week compared to the rest of Adult Swim, let’s start near the bottom and work our way up. I will mostly make comparisons to shows airing before, at the same time or slightly after but because Family Guy greatly lifts the latter part of Adult Swim weeknights I will also compare these Toonami broadcasts to some late night Family Guy and original comedy encores because it’s very common for Toonami premieres to lose to those broadcasts.

Eureka 7 beat Squidbillies on Thursday at 1:00

Naruto on Saturday at 12:30 beat all the above as well as the following Adult Swim programs:
Late night encores of American Dad, Robot Chicken and Family Guy
Squidbillies on Monday at 12:45
Aqua Teen on Tuesday at 12:30
Squidbillies on Wednesday at 1:00
Along with the oddly higher rated encore of the premiere of NTSFSDSUV on Thursday at 3:45

Bleach on Saturday at 12:00 beat all the above as well as the following Adult Swim programs:
Aqua Teen on Monday at 12:30
Childrens Hospital’s encore on Thursday at 3:30
Family Guy on Tuesday at 2:30
Venture Bros. on Sunday at 12:00
Squidbillies on Wednesday at 12:45
Robot Chicken on Friday at 3:45

I realize that’s a massive info dump but I figured at least someone else out there would like to see those comparisons.

Overall: I’m satisfied that Bleach, Naruto and One Piece are in striking distance from one another. I feel like we’re finally at the point where Bleach can have a “bad night” and it wont sabotage everything airing after it because Naruto and One Piece are both capable of holding their own. It seems Bleach is hard pressed to do much better than it has been despite a better lead-in but the other shows are gradually growing their audiences week to week and now has enough strong performers that the big drop-off doesn’t happen until around 2:30 and considering it used to happen 2 hours earlier that’s a great deal of progress. I look forward to seeing if Sword Art can increase its audience in the weeks to come and if those five massively popular shows can get a million plus viewers for two and a half hours straight. We can certainly hope so.