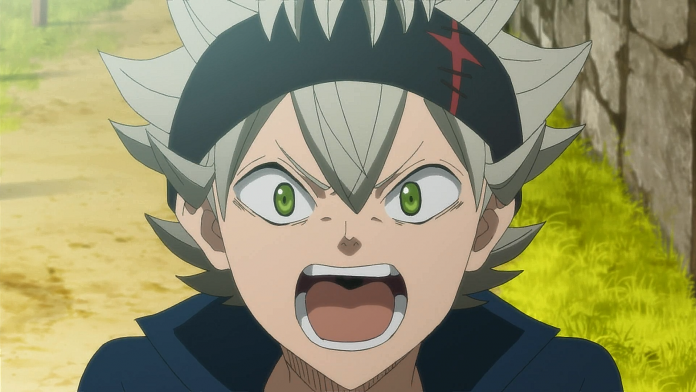 Can anyone think of a show as divisive as Black Clover after the anime was announced? I’m sure Sword Art Online will reclaim that title soon, but until then, that honor belongs to Black Clover. It’s a property that has fans praising what it has become, while others lament at how cliched the series is. There doesn’t seem to be much middle ground with the franchise. Surprisingly, it was announced this week that Black Clover will continue past its initial 51 episode count. While I’m sure there will be a few groans about that news, there are a lot of things I feel Black Clover does right that warranted a longer anime run (despite its faults).

I love the world that Yuki Tabata has created in Black Clover. I’m a sucker for the Medieval genre (Fairy Tail, Seven Deadly Sins, etc.). The wonders of knights, magic, and dragons do an excellent job at capturing the imagination of young people, and Black Clover does it well. The artwork is breathtaking in the series. Seeing how spells work in this world is interesting and looks fantastic when in action. And the added touch of books being used during magic battles is a concept I enjoy. Fans of Medieval series will enjoy Black Clover, as it gives off the kind of vibe that magic lovers crave.

Thankfully, we have more information about the Clover Kingdom lore to keep fans interested. We learn about the demoralizing class structure that makes living in the kingdom terrible for some. Magic is everything, and if you don’t have a lot of it, then you are considered worthless. Even if you have a lot of magic but are from a poor village, you are still isolated from nobles and are viewed as trash. I’m curious why the Clover Kingdom (that seems to be doing well) would be separated like this. In Black Clover, a nice illusion is on display because of how peaceful it is. However, there is a huge difference in the standard of living between the haves and the have-nots. The kicker is that there are good people in power in the Clover Kingdom (the Wizard King being a prime example). He sees the value in both Asta and Yuno despite where they came from. It’s up to both of them to continue to succeed or the mindset of hating commoners will continue (which is relatable on many levels). The fact that both Asta and Yuno are shaking the foundations that some nobles believe in creates a wonderful story of perseverance against society.

It’s how magic is valued that leads to problems in Black Clover. Magic power seems to be all anyone cares about, making that the divide instead of a socioeconomic gap (that’s more common). Sure, money separates citizens, but it isn’t as important as magic. More people try to obtain stronger magic than money in this world. We have terrorist groups (the Eye of Midnight Sun) who hate the Clover Kingdom because of the prejudice many royals have toward those less fortunate. It makes me wonder what lead to this infection in the Clover Kingdom, because so many antagonists have a massive grudge against it. We’ve seen a glimpse in the current manga arc of the genocide toward elves, which unveils a dark history that puts the Clover Kingdom in a different light. It’s been foreshadowed for a while, and it’s become a huge draw for fans.

However, it’s when we dive into the characters that I find myself most fascinated. How is Asta the way he is, since he has no magic? Asta has had to deal with constant prejudice and doubts from others and society all his life. I doubt he’s even considered a living organism, given his lack of magic powers. Living in a kingdom where your social standing is based on your magic level doesn’t give Asta an easy path. Because of that, he becomes the kind of character that you root for. And if it wasn’t for his constant shouting, I think more people would. He’s no different from fan favorites like Rock Lee (Naruto) or Izuku Midoriya (My Hero Academia), which is a trope I love. They all were looked down upon and told they couldn’t accomplish anything. Instead of feeling sorry for themselves, they stand up and continue to fight, even when their bodies are nearly destroyed. Asta is no different and puts his own life on the line for his ideals and the belief that anyone, no matter what their circumstances, can do great things. It inspires his magic knight squad and those he’s saved. It’s hard not to feel for Asta, and I think his message resonates with a lot of people.

Tabata does a great job of writing characters, and that is a massive strength of Black Clover. On the surface, a lot of the characters are typical tropes you find in any shōnen. But as we give Tabata more time to develop the characters, we find out how dynamic they can be. Vanessa isn’t just a drunk who lounges in her underwear; Luck isn’t just a battle-hungry fiend, Finral isn’t a coward who only likes to pick up women. They all have layers to them, and as we peel away at their outside personas, I find them most fascinating. You get more character development out of Noelle (for example) who starts off as a typical royal. But because she has little control of her magic, her family has shunned her. Her mother died giving birth to her, and many of her family members resent her for surviving. Despite putting on a tsundere persona, she’s dealt with so much internal turmoil that she wonders if she was worth any praise in her life. But as time moves on, Noelle has been able to learn spells, control her magic, and becomes a happier person. She does a great job growing before fans eyes and hasn’t stayed one dimensional. Yami has become one of the more compelling characters. He comes off as a standoffish leader (who threatens people a lot), but he sees the value in those who others deem as trash. He’s brought in many sad individuals to his magic knight squad and helped turn their lives around. And he isn’t from the Clover Kingdom, adding a level of mystery about where he came from and why he immigrated in the first place.

How's Noelle supposed to deal with all this validation at once? pic.twitter.com/sepo4ENtOk

While Studio Pierrot isn’t the greatest when it comes to animation, I felt that that when it’s time to up the production values, they do. Because of how well drawn the manga is (especially in fights), it was essential that the anime followed suit. There have been many memorable fights that look stunning. Most notably Asta vs. Lebuty, Yami vs. Licht, and currently Asta, Finral, and Vanessa vs. Vetto. They all have given me chills, and it’s a pleasure to see such memorable moments animated. That’s always been a positive I’ve heard about Black Clover. The fights look incredible and are easy to follow. I think the manga is a step up compared to the anime. So as long as the anime gives fans some well-animated fights, they’ll be happy.

The music used for the OST has been amazing. It does a phenomenal job enhancing dramatic scenes. It continues to be a bright spot that some might have overlooked due to other aspects of the series. There have been moments where a powerful song starts to play right before a Black Bull does something amazing and it can suck you in to the story. You begin rooting for the characters (whether it be Asta, Noelle, etc.), and it’s the music that helps stimulate the right moods at the right time. I didn’t expect the OST of Black Clover to leave such an impression, but it has.

Damn I feel bad for Black Clover fans, imagine enjoying a story and everyone else keeps attacking it for originality based on just initial impressions whilst not keeping the same energy for other series. Shame.

I think a lot of disdain that comes Black Clover’s way is because of a less than desirable beginning. It was cliched, it felt like it was copying others, and Asta isn’t the best main character to follow. I think a lot of well-known voices had a terrible first impression and trashed it. For those that stuck with it, whether it be in manga form or anime form, I think they are getting rewarded now. The story continues to improve, and the characters are a pleasure to follow. The current arc in the manga is exceptional and I cannot wait to see if it gets adapted. Do I think the anime is perfect? No. I know it isn’t for everyone, but all I can say is that the series does some things well that are overlooked while a couple of negatives are continually complained about. If you aren’t excited about the Black Clover extension, that’s fine. But I hope you don’t ruin it for those who do enjoy it, because it’s moments like these that anime fans live for.