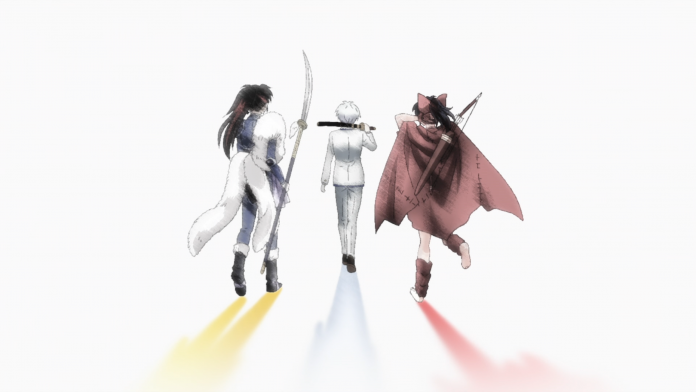 One of the most common trends in recent years has been reviving classic properties, for those who consume media. Bringing back an old series is a divisive choice, yet we continue to see it happen time after time. Unsurprisingly, anime has also been involved in this craze, and it’s continuing to escalate.

Why bring back an old property? While revivals can be produced for many reasons, there is a common intent: exposing work to a modern audience. In the current landscape, entertainment has transient quality. A movie or show can be beloved passionately, only to be forgotten by the next big hit. The fleeting nature of media is where the value of reviving a classic shines. These are stories that captivated audiences in the past, and by spotlighting them again, that magic can be recreated. JoJo’s Bizarre Adventure has shown the revival process at its finest. The series always had a cult following in the anime and manga community, but it wasn’t until the 2012 anime that it gained more attention. Exposing JoJo’s Bizarre Adventure to a new generation has taken the franchise to greater heights while also demonstrating the media’s  timeless nature. Not all revivals will have this level of success, but it’s the potential of this outcome that makes their productions so compelling.

Toonami has aired its fair share of revival series, including Hunter x Hunter (2011) and JoJo’s Bizarre Adventure as previously mentioned. But they have been exploring the vault of classics in their original productions too. FLCL Progressive and FLCL Alternative are the two that immediately come to mind. The original FLCL was beloved in the early 2000s, and Adult Swim even attempted to produce a sequel at the time to no avail. The fact that the FLCL sequels were justifiable to be made over a decade later shows the series’s value (especially to fans). More importantly, while these sequels did cater to long-time fans, they also served as self-contained stories for newcomers. Once again, revivals have the advantage to cater to both groups, especially in the fast-moving anime community. FLCL’s plot and themes are incredibly compelling, and it was worth conveying those ideas to modern audiences

Future Toonami productions also fit into the revival bubble, though in a unique way: adapting classic properties from other mediums. Blade Runner: Black Lotus is a series in an interesting position, serving as a series set in the Blade Runner universe. Blade Runner has always been a curious franchise, as while it has never been a huge commercial success, its impact on cinematography is massive. This significance also extends to anime, as both Ghost in the Shell and Psycho-Pass have cited Blade Runner as a significant inspiration. It only makes sense to bring a pillar of the sci-fi genre to anime. There are certainly Toonami fans who haven’t seen Blade Runner, whether it’s due to its age or medium, but Blade Runner: Black Lotus could convince viewers to explore the classic franchise.

Uzumaki is another surprise production for Toonami, but an equally significant one. Uzumaki is an iconic horror manga by one of the genre’s most beloved creators Junji Ito, yet it has never gotten an anime adaptation. While Ito’s work is challenging to adapt to animation, attempting to bring one of his flagship series to the medium is a huge step. Like Blade Runner, there are plenty of people who have never read Uzumaki, making the anime more enticing to viewers. Moreso, if the adaptation turns out well, fans of the manga will also have a Junji Ito anime that they can cherish. Uzumaki’s anime has an uphill battle, but it has the potential to unite two distinct parties. In the end, Uzumaki will get more exposure from its anime, and Toonami fans may want to check out more of Ito’s work after watching it.

Coincidentally, two series vital to Adult Swim and Toonami’s history also announced their own revival projects. Earlier this year, Bleach’s Thousand-Year Blood War arc will finally receive an anime adaptation. Bleach fans had clamored for a new anime for years, and to have this happen is incredibly satisfying. Bleach continues to have a vast and passionate fanbase, and while the series’ relevance has waned in recent years, the fervor of its community makes this new production so exciting. There’s little reason to expect that the new Bleach anime won’t be a success, and I’m interested to see the resurgence in Bleach return to the spotlight when it eventually debuts in Japan.

More surprising than Bleach is the InuYasha sequel Yashahime: Princess Half-Demon. Unlike Bleach, InuYasha’s anime had a definitive ending, which makes this sequel a peculiar choice at first glance. Still, even 10 years since Inuyasha: The Final Act, you will find fans passionate about the series. What makes Yashahime genuinely unique is that it is not based on  existing source material, with original creator Rumiko Takahashi only providing the main character designs. While Takahashi’s limited involvement is worrying, Yashahime being an original anime  production will make it a unique experience for all Inuyasha fans. Whether Yashahime turns out well or not, the discourse behind it will be fascinating, and it will be exciting to watch it unfold.

With all this said, are revivals necessary for anime? Sadly, there’s no simple answer. Classic franchises deserve to have their legacies preserved, and if a series needs to be revived to introduce it to a new generation, it can be a worthy venture. However, some may argue that the capital invested in these revivals could be better spent adapting more recent media or producing an original production. Not to mention, having anime stuck in the past instead of pushing new young properties could be a bit misguided. While it’s essential to preserve classic stories, highlighting new creations is how entertainment develops and flourishes. Still, there’s no guarantee that more new or original anime will be made if revivals cease, as the money meant for those productions could be allocated entirely differently. As mere consumers of media, we will never know what we are sacrificing by bringing back the anime we love, but it is something that we should be conscious of as more projects are announced. Anime fans are one of many factors that will determine the longevity of revivals in the industry, making our watching habits vital to what companies deem as valuable productions.

We are only scratching the surface when it comes to the plethora of revivals in anime currently, but it’s clear that they have become increasingly relevant to Toonami and anime as a whole. I wouldn’t say that’s a good or bad thing either. It depends on why these revivals are being made, and if they are encouraging a new audience to check out the source material that inspired them. Fans will be more receptive to a quality production rather than a mere cash-grab, and that will affect how the community reacts when old franchises return. That said, revivals aren’t going away anytime soon. Looking at the fall season alone, having series like Dragon Quest: The Adventure of Dai and Higurashi: When They Cry get a new chance at life is incredibly cool, and I hope we see the revival trend continue. Sometimes, you can’t go wrong with a familiar face.

Varun Gupta (VLordGTZ) is an editorial writer for Toonamifaithful.com and All-Comic.com, as well as the host of the Demon Slayer Podcast and Over Soul: Shaman King Podcast. Feel free to follow Varun on Twitter @VLordGTZ