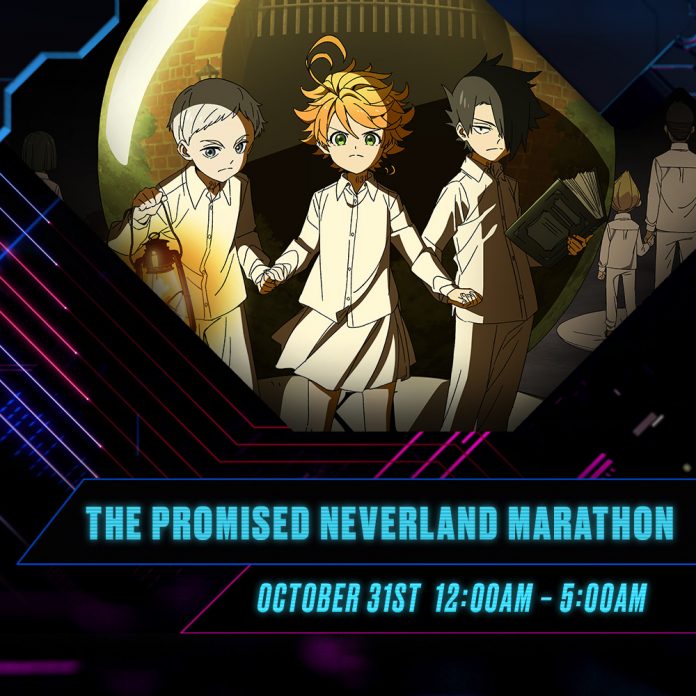 Toonami traditionally air holiday marathons and this upcoming Halloween will be no different. This year, Toonami will air the entire first season of The Promised Neverland. Meaning fans will get an extra two hour of Toonami as a treat for the weekend to finish the fan-favorite series.

For those who might have missed its previous airing, The Promised Neverland is the story of Emma and her fellow orphans growing up in the Grace Field House. Emma shockingly finds out they are killed or feasted on by demons when an orphan is adopted. With help from her closest friends Norman and Ray, she plans an escape for everyone living in the house, so no one else is killed.

This marathon follows a week after the Oct. 24 premiere of the second season of Fire Force.

Are you excited for a full night of The Promised Neverland? Let us know by commenting below or directly on our social media. Also, follow us on @ToonamiNews and subscribe to our podcast on Soundcloud for future content and breaking news updates.