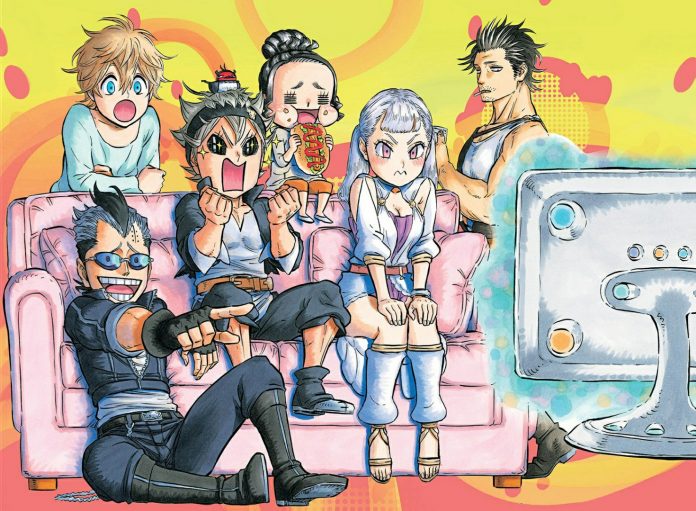 Everyone likes and presumably wants strong female characters. But what does that phrase even mean? Is it just a lady who kicks ass? Admittedly, that would eventually get boring. It’s almost an unwritten rule that most “strong female characters” are also older ladies who have life experience under their belt. A character doesn’t necessarily have to be wise beyond their years, however, it should be safe to say that any degree of strength can be attributed to the emotional or mental maturity that comes from growth over time or adversity. From Genkai, Tsunade, or Riza Hawkeye to Revy, the “strong” in that phrase usually skews to “badass” older women who can hold their own in a battle of wits or physical exertion. In a lot of newer age anime, however, there’s been a skew in male and female characters getting proportionally stronger in correspondence with their emotional development. Deku and Tanjiro are clear cut examples of male leads who hold tons of empathy and are in tune with their emotions. I want to talk about who I feel is one of the more underrated female characters, who has as much of a hero’s journey as any male MCs in anime–Noelle Silva from Black Clover.

Black Clover is fascinating to me, as a self-titled connoisseur of anime/manga and battle shōnen. Many people were quick to fold on the title, as it wore its influences on its sleeve–namely Naruto and Yu Yu Hakusho–and many veterans, having their fill after recognizing the oh-too-familiar beats, yearned for something “fresher.” I stuck with it because the vibe it gave me could be summed up in one word: plucky. Yes, the setup can be called “generic,” to some extent, I think that’s to be expected of a mainstream magazine for young boys. It’s important to keep in mind that even if many of us are adults and have seen these kinds of stories, this will be their first exposure to this kind of tale for many kids. Of course, there are some differences and merits to getting exposed to Black Clover before other popular shows! There is a much deeper emphasis on team battles, and the closeness fostered by group dynamics both in combat and in casual situations add tons of layered character interactions.

Noelle is a character that directly benefits from those interactions, being introduced as a cookie-cutter ojou-sama (rich, high-class girl) and tsundere type. She’s haughty, insecure, and has only her status as a noble and bountiful reserve of mana to her name. As an audience, we’re quick to learn her arrogance is merely a front to protect herself after being bullied and abused as the black sheep of her family, who most closely resembles her mother. She is directly blamed as the cause of death for her mother, and although she holds an incredible amount of magic power, she has no control and is mocked for it. Her time in the Black Bulls is spent training to develop herself into a more competent magic knight and break free of her inferiority complex, after being acknowledged, accepted, and protected by her squad, who is similarly composed of oddballs and victims of the Clover Kingdom’s highly stratified society. I found one of the most interesting things about Noelle’s weakness in controlling magic to be Kahono’s observation in the Seabed Temple Arc–her lack of control stems from her desire not to hurt others. Contrary to other nobles of the Clover Kingdom, she isn’t sadistic and doesn’t take pleasure in flaunting her strength over those weaker than her. Her behavior and disposition created a feedback loop where her family further ostracized her for not being able to do the obvious and take advantage of her power to reinforce her noble status.

You may have heard of “people die if they are killed,” but have you heard of “people are weak before they’re strong?” Not sure if that’s a real phrase or not, but I mean to say something along the lines of “at rock bottom, the only way left is up.” To make a believable and acceptable strong character, I believe it’s only obvious to show moments of weakness to highlight how those traits are merely two sides of the same coin. What makes for satisfying writing is whenever you encounter a character with flaws that turn into assets. Noelle’s inferiority complex bred contempt in how she interacted with commoners like Asta and the Black Bulls when she first met them.  Yet Noelle’s repeated fights and personal moments tangibly changed her in a way I wasn’t expecting. Her reluctance to hurt people was a passive trait that transformed into an active desire to protect others as she grew more confident in her control of magic. During the Star Awards Festival in episodes 67-70, her discordant attitude to the noble environment she grew up in finally manifests as a form of empathy. She comforts a commoner child and states boldly to the crowd that everyone should enjoy the celebration, be them noble or commoner. I believe that this is the point where Noelle’s journey as a hero made its most tangible impact on the story and her emotional development because it directly reinforces ideas that we’ve seen exemplified by the Black Bulls by their actions. Putting words to actions is just as important as environmental storytelling or showing, not telling, particularly when acknowledging themes and motifs in a story.

Now that we’ve laid out Noelle’s development through character writing, we have to address Yuki Tabata’s writing chops on a larger scale. I don’t think that the way Noelle is written is particularly special or unique! I’d go as far as to say that this is relatively standard writing. But the reason that it lands, emotionally and textually, is that it is never at all undercut by how other ladies are treated, or by how women are written generally within the story of Black Clover. When you compare this to Naruto (for example), some of the differences you can find are rooted in how women are used narratively, and their interactions. Sakura, the main heroine, primarily has her character arc revolve around her inferiority complex to the male leads Naruto and Sasuke. It’s an external influence, as opposed to Noelle’s journey of self-acceptance.

Similarly, her interactions early on and later in the story with other women were shown through a lens that could not help but put women against each other. Her rivalry with Ino was singularly incensed because both of them were infatuated with Sasuke, and they had to compete to decide who was worthy of his affection. It’s incredibly petty and shallow. Sakura’s later development and desire for self-improvement during her tutelage under Tsunade is less banal and debasing of her self-respect. However, Kishimoto’s handling of romantic feelings as a factor that drove a wedge between critical characters, such as Obito and Rin, or Jiraiya and Tsunade, shows that his more traditionalist views on the subject couldn’t help but shape the story itself. Black Clover’s Noelle does hold romantic feelings for the male lead Asta, but not once does it meaningfully disrupt her relationships with other girls who might also have feelings for him, like Mimosa. There’s a commoner girl named Rebecca who might have made her jealous once, but it was mostly played for jokes. Noelle also passes the Bechdel Test, thanks to her relationship with Lolopechka, princess of the Heart Kingdom!

Noelle’s writing proves Black Clover is better at writing women than a lot of older shows. To be  fair, I don’t think Black Clover is a paragon of the ultimate standards a battle shonen should live up to–it’s just as clumsy sometimes, especially with Charlotte Roselei! In that sense, My Hero Academia is another step up from Naruto, thanks to Horikoshi letting the girls have fights. But they’re typically off-screened and undercut by the achievements of the boys. In particular, Season Four felt egregious after going out of the way to have Tsuyu and Ochaco join Ryukyu in the raid, but only Kirishima and the two boys of the “Big Three,” got their shine with extended fights that had flashbacks for character development. Ochaco is even in the Sakura and Noelle position of being a female lead infatuated with a male lead, but hasn’t had her own one-on-one fight since Season Two. Her development is stunted by how she only compares her outward growth to Deku’s. She has a new goal of becoming a Rescue Hero, but her relationship with other girls revolve around the boys or surface-level conversation about current events or their progress at school. Idle talk is not inherently bad, but when your supposed main characters get sidelined without showing any concrete advancement in the story, it feels a bit sad as a fan! The sidelining of characters until they become relevant to the story again is not a gender writing issue for My Hero Academia, because Iida also suffers from this. Noelle’s treatment as a character with her own life story outside of her connection to Asta and the Black Bulls extends to other characters, male and female, such as Finral, Vanessa, and Gordon, who also have familial relationships vital to them outside of their squad. It is possible to be ambitious with your story and rotate your characters into the spotlight without sacrificing screen time for the popular characters!

Strong characters, including women in fiction, are often relegated to being physically tough, maybe emotionally distant, and typically embodying more masculine traits because of that. Not everyone believes that though, and as stated before, even male characters have recently been written in ways that highlight their emotional maturity. I’d say the next logical step in this progression is for “strong female characters” to fit the niche Noelle Silva has settled into being.  She embodies “strength” in multiple ways–from her magical feats to the growth of her resolve and capability to carry out what she wants to do. To be a badass, you don’t need to be desensitized or out of touch with empathy. This sentiment is a false equivalence that I’ve seen many fans of multiple mediums carry out or unintentionally support through their discussions. It might feel reductionist or irresponsible to accept that some strong women can be strong only through emotional/mental fortitude because that’s a very traditionalist view. However, strength exists in different forms, and I think it’s  possible to execute traditional ideas in modern and radical ways. Classic but contemporary is the appeal of series like Black Clover, My Hero Academia, and Demon Slayer, after all.

Do you have a favorite female character? Tell us why she’s appealing to you! I may have gone on about how Noelle is the best thing since sliced bread, but I know plenty of people didn’t warm up to her or the show. Feel free to tell us how your character appeals to you in the context of the story or her relationships to others. After all, without a story to tell, a character might as well be window dressing.