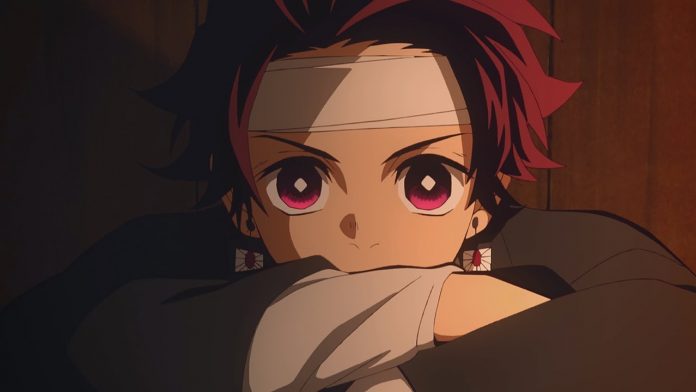 Demon Slayer was a hotly requested series for Toonami to pick up. When the anime project was announced, many claimed that it would be the best series of the year. The buildup for its debut was monstrous, and I can’t imagine Crunchyroll or Aniplex USA have any complaints with how well received it is. But as the series edges closer to its end (of the first season at least), its latest episode caused a huge spur on social media. And now Demon Slayer might be gaining popularity to rival newer series like My Hero Academia and Black Clover. And I, for one, am excited that Toonami jumped on this series as fast as they could.

[for english speakers]
Thank you so much for watching #DemonSlayer !
We are happy you're interested in our animation movies.
See you next weekend! #鬼滅の刃 pic.twitter.com/6ML9rP2w8G

I applaud how certain shows can create a massive fan following through streaming. Anime series on Netflix drown in obscurity, and Crunchyroll has been able to do a great job at getting their shows on the minds of fans. Similarly to My Hero Academia, Dr. Stone was able to get a ton of recognition for its premiere at Anime Expo. And while Demon Slayer still had buzz surrounding it, it had to compete with hot new titles like Dr. Stone and Fire Force. Thanks to its most recent episode, Demon Slayer has now rightfully taken back the throne for most popular simulcast. It even created a Twitter moment because of how much fans enjoyed the episode. I can’t recall My Hero Academia ever doing that. And with a lot of celebrities mentioning Demon Slayer, I can’t help but think that it could break into the realm of series like My Hero Academia.

If you watched the latest episode of Demon Slayer, there are some fans who wanna chat. https://t.co/DvJAtymBei

What makes this recent surge in popularity more heart-warming is how authentic the rise has been. Instead of having companies create a huge marketing ploy to garner attention, Demon Slayer is letting itself do the talking. It doesn’t need Aniplex to tweet out how amazing the show is; it has become common knowledge. We don’t need Crunchyroll to remind us how precious Nezuko is, because the show does that so beautifully. Even with the animation reputation Uotable has, they don’t have to puff out their chest to tell us they are great. We already know. So with the blow-up of episode 19, this fever pitch is more due to the fans and how well they’ve promoted the series without getting overly enthusiastic and putting off those who are on the fence about it.

Isn’t this what anime fans want? Anime is becoming more and more popular by the day, it seems. Moments like this are unique and are rarely seen with the subject matter being anime. The last time it happened was especially touching, as Hunter x Hunter ended its long run on Toonami. Not only is the series great, but so many fans began talking about how Hunter x Hunter touched the, and what made the series special for them. It was amazing, and seeing that become its own moment (even with it airing so late) speaks volumes about the fandom and the series.

Plus, the fact that series like Hunter x Hunter, Dr. Stone, and Demon Slayer can create a moment sheds light into what anime fans enjoy. While shōnen will always be popular, when it tends to stray away from more traditional clichés it seems to have a greater impact on people. Hunter x Hunter is viewed as the shōnen that many other properties copied. Dr. Stone gives fans a refreshingly different lead character, who is not only a genius but isn’t overly arrogant and annoying. Demon Slayer is a different spin on the battle shōnen series. Tanjiro isn’t the lead you usually see, and the cast of characters all bring unique aspects to it. Match it with the incredible animation from ufotable, and you have yourself a hit. I’ve been begging for a ufotable series to become big and make it on Toonami, and Demon Slayer meets both requirements.

We really live in a time where anime can be on the front of Twitter moments. Blessed.

It certainly gets my imagination going, and I wish that Aniplex would have done an earlier dub. Fans are spoiled by FUNimation continuing to dub Fire Force as it debuts in Japan. They’ve done that with My Hero Academia, but not for the entire season. It would have been great if Toonami had been able to air this particular episode as it debuted in Japan, to help create even more fans. Then we’d have the crowd that enjoys seeing English dubbed anime celebrating the series that has taken the simulcast crowd by storm. In turn, that’d mean a ton of fans have also checked out Toonami. But it’d also be cool if both worlds collided, because I have a feeling that both subtitle fans and dubbed fans would agree that Demon Slayer is a great show.

This series is becoming more of a household name after each episode, and that popularity can only be viewed as a positive. I’m sure some will remark how this article and many other tweets might “overhype” a series. But the fact that Demon Slayer has been getting its notoriety to begin with is a huge win. It’s been talked about whether it be on YouTube, Twitter, or any place where anime is discussed. Potentially, if its simulcast run ends before the dub is on Toonami, maybe those who have already seen the series will have an incentive to watch the English dub. I think Demon Slayer is extremely re-watchable, which could also benefit the block down the road.

Demon slayer might be my favorite anime of all time.

Demon Slayer has been showing some of the most visually impressive fights of the year but HOLY SHIT did episode 19 just take that high bar out of the stratosphere.

I’m excited that Demon Slayer will air on Toonami. It was a massive announcement at Anime Expo, and something I think a lot of Toonami fans want. While it may be a shōnen series, it does a lot more to differentiate itself than you think. I find it amazing, and the fact that people are talking about it as much as they have is a good thing. While I’m hesitant to call it the “next big series,” Demon Slayer has done nothing to hinder itself from becoming more endearing. VIZ Media saw the value and began translating the manga, which has helped build the fandom even more. Demon Slayer is a phenomenon, and there’s no better home than Toonami for a series that popular.