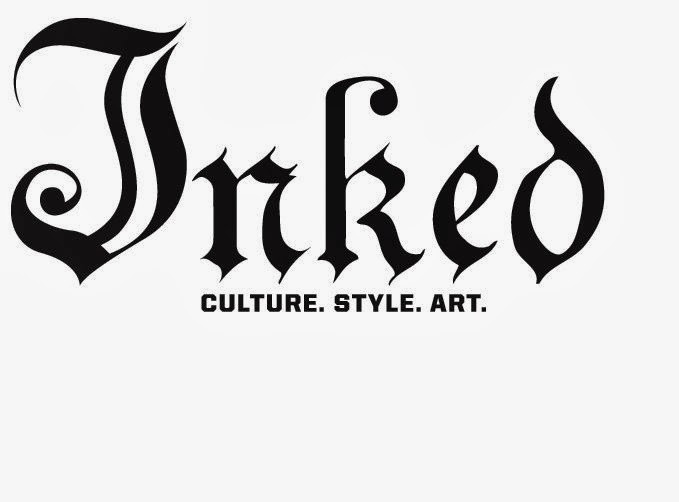 Inked Magazine posted this interview with Jason DeMarco titled Tattoonami. The article mostly talks about Jason’s tattoo, but Toonami is also talked about in this article. Here is what was said about Toonami:

When selecting programs to air on the action-cartoon block Toonami DeMarco has to go through a process similar to the one it took to create his ink, he has to find artists who have perfected the ability to turn the fantastic into reality. As Toonami slides down to a new time slot on Saturdays at 11:30 p.m. DeMarco has tapped Space Dandy, the new program from the director behind Cowboy Bepop, to be the centerpiece of the block.

“Space Dandy is directed by Shinichiro Watanabe who did Cowboy Bebop and Samurai Champloo, yeah, he’s a genius,” DeMarco said. “The show is being done by Studio Bones who have done Full Metal Alchemist and Soul Eater, which were very successful for us, among countless other shows. It’s about as strong as a team that you can have in the industry today.”

Details about the show are scarce right now, even DeMarco has only seen the first couple of episodes, but it appears as if Watanabe has created another noteworthy action-comedy.

“Space Dandy fits in really well with Adult Swim because it has some really weird ideas and weird aliens along with a very surrealistic look and feel to it,” DeMarco said. “I love it. It kind of reminds me of the kind of things I would have imagined as a kid after watching Star Wars and the bounty hunter cantina scene. I would do drawings and imagine a whole world of crazy, colorful aliens like that and this is basically that dream come to life. Hopefully people will connect with it, we’re all really excited about it.”

For 11 years Toonami was a fixture of late nights on Cartoon Network but its run came to an end when it was cancelled in 2009. In 2012 Adult Swim decided that as part of their yearly April Fool’s Day prank — the network famously introduced cult classic The Room to millions of confused viewers one year — that they would air a block of Toonami.

“It turned out that the fan response was massive,” DeMarco said. “It was so huge that after the stunt happened the network decided that maybe there was still passion out there for Toonami so they asked us if we would be able to bring it back in a limited capacity. We do Toonami in our spare time from our other jobs; it’s definitely a passion project. It took time to slowly get it to where it was but we’re pretty much full strength at this point.”

The passion for Toonami is likely driven by the one universal element that ties together all of the block’s programs – action.

“Internally our metric for what is right for Toonami is that there has to be action,” DeMarco said. “Before Toonami Adult Swim would show anime of all different kinds including lots of comedy cartoons and weird stuff like Paranoid Agent. Toonami has always been an action block but within the genre of action there’s a lot of room for different things. Action is the number one thing, if that fits it’ll work. We can have an action-comedy, we can have an action-drama, and we can have a really weird surrealistic show that has action. It feels broad even tough there is a focus on shows that move along at a good clip with a decent amount of action.”

To read the full article, click this link: http://www.inkedmag.com/tattoonami/. Be sure to follow @inkedmag on Twitter and let us know what you think about this article.