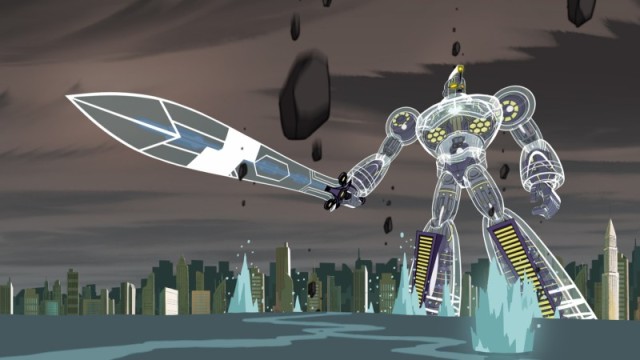 Recently, Syfy.com interviewed Genndy Tartakovsky about his new movie Hotel Transylvania 3. During that interview, Genndy was asked what his worst day in animation was. Here was his response:

So what was the worst day you ever had?

The worst day was definitely when they canceled Sym-Bionic Titan. Definitely. I won’t forget that. We just wrote 10 more episodes and we were really excited. The show was starting to get its footing a little bit. And then I got called into the head of the studio’s office and he said, “Look, we’re not going to make any more episodes.”

And that’s never happened to me before. That’s the thing. I’ve been very fortunate in my career where everything that I’ve done will keep going forward until I say, “Look, I’m burnt out. I don’t want to do anymore.” And this wasn’t the case. This was where basically they canceled, and the reason wasn’t great. And so that was a horrible day.

“This is bulls**t, I’m not going to stand for it, you’re making a mistake.” And I moved on. I mean, what can I do? I’m not a wallower. It kind of fed into Hotel Transylvania actually because at the time I needed to have a job, so I was developing another movie with Sony Animation, and I said, “Look I’ve got the means to do more than just this one move development.” And then two weeks later, the opportunity opened up to be a director of Hotel, and so I took it.

Until now, I had heard they had 10 more episodes ready, but this is the first time I have actually seen this come out of Genndy’s mouth. You can read the rest of the article by clicking here. What do you think about this info? Should Adult Swim and Genndy finish the series if they can? Let us know you thoughts in the comment section below.