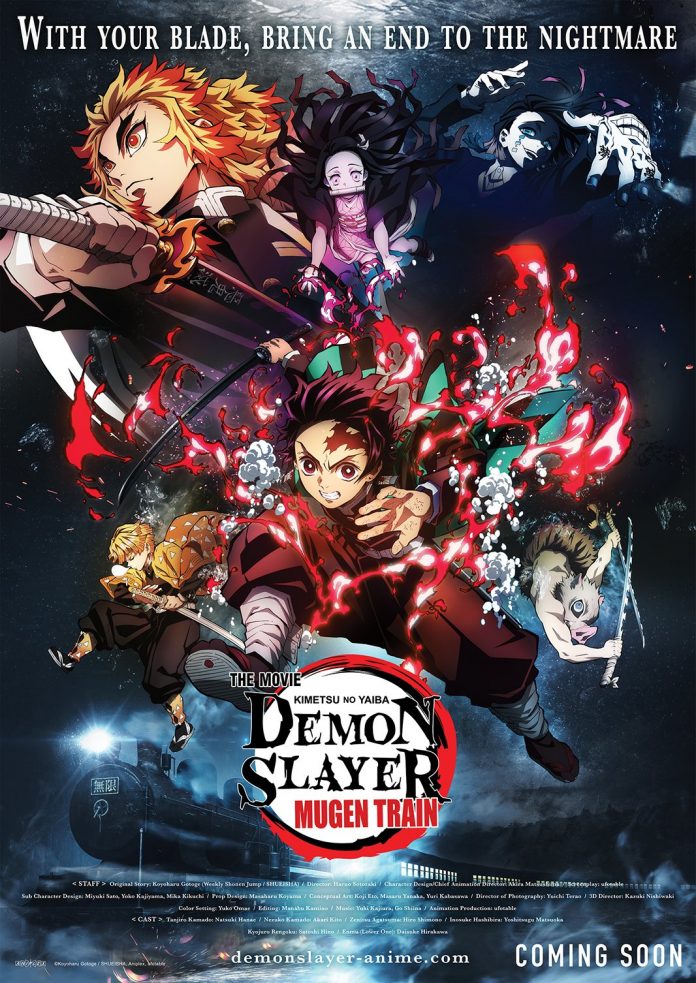 The recent Demon Slayer live stream on AbemaTV revealed that Demon Slayer: Kimetsu no Yaiba the Movie: Mugen Train will be released in Japan on Oct. 16 of this year.

This film serves as a direct sequel to the popular Demon Slayer: Kimetsu no Yaiba TV anime, adapting the manga’s Mugen Train arc. This storyline spans volumes 7 and 8 of the manga, serving as a critical story arc within the series. Both the staff and cast of the TV anime will be returning to work on the film, and producers Aniplex and TOHO will be handling the film’s distribution. A new trailer and visual for the film have also been released.

There is still currently no news on when the film will be brought to the U.S., but we will keep you posted when more information is made available.

Are you excited for more Demon Slayer? Let us know by commenting below or directly on our social media.