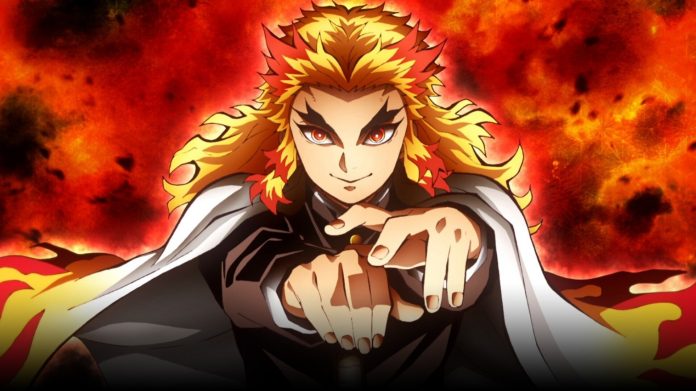 Worldwide, Demons Slayer: Mugen Train has earned a whopping $433 million, eclipsing  Godzilla vs. Kong for the number three spot (making it the highest-grossing animated film this year). Most of Demon Slayer’s profit has come from Japan, where it made an impressive $368,739,520 at the box office and was the number one movie for 12 consecutive weeks. It will be interesting to see if Demon Slayer can continue to break records as more theaters in the U.S. open up again.

Considering how successful this film has been and being required viewing (for those who have watched the first season), it will be a fascinating development if Toonami decides to air the movie. As of now, Toonami does not have plans to broadcast it, which will create continuity issues if Adult Swim picks up the second season (when that’s produced). So this begs the question, should Mugen Train eventually play on the block? Jason DeMarco has stated how the cost of films makes airing them less enticing. And due to how popular this movie has been, I can’t imagine what the price tag to air it would be. So that leaves Toonami in an awkward spot. I would hope that Adult Swim can figure out a way to make this reality, especially with season two happening. Will Toonami make an exception? I wonder, and I do hope that Mugen Train does find a way to debut on the small screen.

What do you guys think of how Demon Slayer: Mugen Train is doing? Let us know in the comments below.

You can listen to the Toonami Faithful Podcast on Soundcloud, iTunes, Spotify, etc. for interviews, discussions, and breaking news updates. Listen at the link below or on your podcast platform of choice: