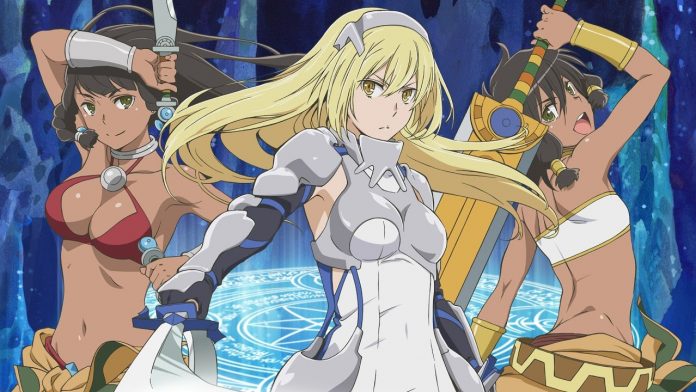 This spring season turned into a big one concerning the different anime series that premiered. Fans were all aboard the hype train of Attack on Titan Season Two, as well as the second season of My Hero Academia, both hugely popular programs that have taken the anime world by storm. However, there has been a ton of other solid or fantastic action series that also deserve praise and recognition that have been overlooked. While most of the shows on this list are available for streaming in the U.S., I can understand if you have not been able to see them, due to the streaming service they aired on. This list includes one of the shows that was on Anime Strike, which isn’t the most popular place for anime to end up. Here are the picks Toonami Faithful designated the best action series for Toonami to consider.

(For those wondering why My Hero Academia wasn’t mentioned, just read this earlier article pitching it for Toonami here).

*Sadly Sketch can no longer contribute to these pieces and has kindly asked C.J to write about shows he feels should be on the block as well.*

Sword Ortaria: Is it Wrong to pick up girls in a dungeon on the side?

Here we have a sequel series, and this one I expected to be a huge hit. I thought this would be (streaming service) Anime Strike’s big headliner of the spring season, helping to attract anime fans to their channel. Sword Ortaria is a side story that plays along the same timeline as the first season of DanMachi. It focuses on the Sword Princess Aiz and events that happened either before or after Bell Crandel becomes a famous adventurer (Think how A Certain Magical Index and A Certain Scientific Railgun work). I was blown away by DanMachi as one of the better anime series in 2015. While it had a lot more fanservice than I remembered, the action, story, characters, and lore made for a pretty compelling anime. Add on the fact that this story had Aiz as the focal point, and this is a must-see for a fan like myself.

This series does have a few pitfalls that significantly hindered my overall enjoyment of it. It starts off slow and is a bit annoying, considering the character we are supposed to focus on. A huge knock on Aiz is that she seems uninteresting because of how she acts and how everything seems natural for her. What gave people hope was that, since this series would focus on her, we might become privy to what her motivations and thought processes were during the first season when she grows closer to Bell. However, this series decided to focus as much time on the side character, Lefiya, as they did Aiz (which I did not sign up for). Plus, Lefiya became a character that brought the series down due to the archetype she fell into. Very rarely do I think that removing a character entirely would help the overall series score, but in this case it would, as her presence is super depressing. All we see her do is fumble while on adventures, vowing to become active for Aiz’s sake, and then become a creepy stalker once Bell comes into the picture. It was annoying. Plus, she wasn’t a new adventurer that needed to gain confidence to grow, like Bell was in the first season. She is a level three adventurer, which means she could handle things fine, but she became a bumbling fool whenever Aiz was involved.

Having said all that, there were a lot of things that went right for the series. The middle half of each episode was dramatic, action-packed, surprisingly violent, and focused more on Aiz. The fluidity and choreography of her fights were such a butt spectacle to watch that I never wanted them to end. They offered a ton of drama and intrigue. We learned more of Aiz’s backstory, including why she tries so hard when fighting, what motivates her actions when fighting, and how her family drives her. These were things that I was wondering about when I saw the previous series, and learning some of the answers was rewarding.

If you were a fan of the first season, this one might feel like more of a downgrade, only because the characters we focus on in the first season were more impactful and engaging. But I do think Sword Ortaria has something to offer, and that it’s a series that Toonami would want to consider (unless the dub will be an exclusive for Sentai Filmworks’ new streaming service HiDive). One thing this franchise did well was animating fantastic action sequences. I thought the action in this series wasn’t as good as the first one, but I still believe that it was up to par of what Toonami fans love to see.

*(You can watch this series on Amazon’s channel Anime Strike)*

I definitely think Granblue Fantasy has things to offer to the Toonami fan base, but I can understand if Toonami or their fans say “pass.” While I enjoyed Granblue Fantasy, I think some issues could keep it out of Toonami’s purview. But if Toonami needs to add a fantasy- style anime, I hope they give Granblue Fantasy a try. The setting and action that it brought to the table immediately screamed Toonami when I was watching it, and think it could work if it gets a dub. I hope the visual style captures their attention as it did with me. I enjoyed the art of the series; it looked crisp and fresh. The thick outlines and color schemes made the series seem unique. Even the landscape scenery added something for my eyes to enjoy. The action in this series had beautiful colors and animation, particularly in the beginning, which is how I was hooked in the first place. It looked a lot cleaner than the early release of the first two episodes. I enjoyed the choreography of the fights and the streaks of color and light seemed flashy.

Being a mobile game (getting an anime adaptation), it seemed like Final Fantasy inspired it. I felt that was a positive, due to how the lore of the world we watched Gran explore was vast and fascinating. With the airships and cities in the series, it’s as if I was looking at another story of Final Fantasy IX (which is a good thing for me). For those who are fans of that type of series, Granblue Fantasy might be for you.

What hurts Granblue Fantasy was that it drags on at times. It becomes dialogue heavy and has scenes that consisted of the main cast just walking around town for large portions of an episode. I felt bored when this occurred several times. It could have used a bit more action, too, as some arcs felt short and were resolved with a quick fight. I needed Granblue Fantasy to do a little more to keep me engaged. The story also seemed generic and wasn’t as compelling as I was hoping it would be. At the start, I found Katalina and Lyria’s backstory fascinating, but as the story progressed it turned into more of a “cookie cutter” fantasy story. It became abundantly clear that this was based on a mobile game with how predictable it became.

Grimoire of Zero became a show that surprised me with how much I enjoyed it. The audience is taken to a magical world where both ordinary people and witches are in a fierce struggle for trust. Due to how both sides mistrust each other some humans are turned into beasts at birth, called the Beast Fallen. We follow a Mercenary who has a vast mistrust of witches and tries to kill them. He stumbles upon the witch who made magic more accessible, Zero. The Mercenary is then hired to escort and protect the witch Zero from all the dangers this world provides. What looked to be a generic anime title turned into something very endearing and enjoyable to watch.

I enjoy the fantasy setting in anime and loved what viewers got to see in Grimoire of Zero. I fond the lore of this anime intriguing, especially when looking at the history of how Beast Fallen became to be. I enjoyed all the different animals that people could become and how they might fight in a style that matched their animal persona. The fights also were a lot bloodier than I was expecting, which is something right in Toonami’s wheelhouse. I was surprised at how Grimoire of Zero decided to go with the darker tone battles. Plus the magic duels Zero engaged in were a spectacle to behold.

But what held this series together was the relationship that was built between our Mercenary and Zero. The two met, both worried that the other might kill each other. However, after going on an adventure together, the two became inseparable, with both feeling lost without the other on their side. It was endearing and beautiful to watch them develop a meaningful friendship. To me, these two are the ideal anime couple and became a huge bright spot for the series.

*(You can watch this series on Amazon’s channel Anime Strike)*