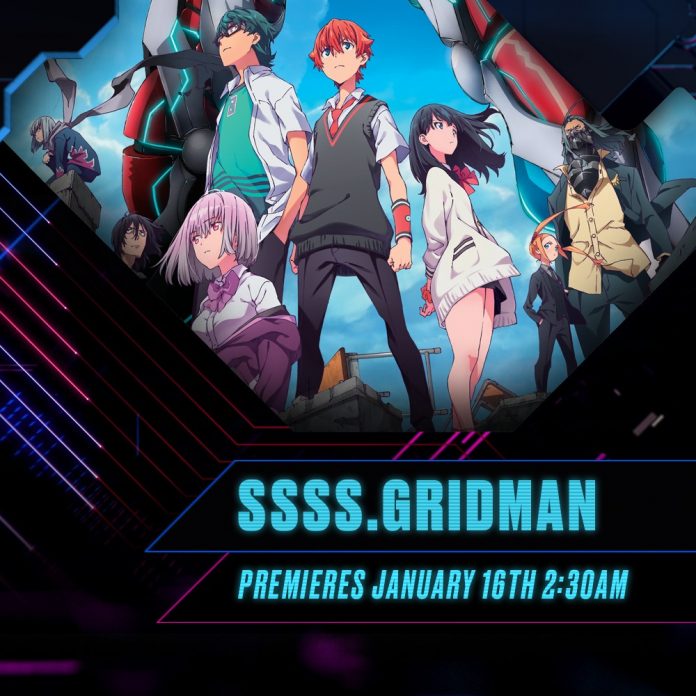 Toonami took to their Facebook page this week to announce the official date and time when the hit series SSSS.Gridman will air on the block. Mark your calendars as the show will enter the block on Jan. 16 at 2:30 am EST.

Toonami announced about SSSS.Gridman joining the block some time ago, back in, November during the online Toonami Panel. However, there was no set date and time when the series would air, leaving many to wonder when giant robots would once again grace the block. Finally, the question has been answered as to what date and time the show will air.

For those who haven’t seen this series, here’s a synopsis from Anime News Network:

Yuta Hibiki awakens with amnesia and the ability to see things that others cannot. He first encounters a Gridman in the reflection of his friend Rikka Takarada’s computer and it tells him to “Remember his calling,” but Yuta doesn’t understand what this means. Later, in the distance, he sees an extremely large monster but it doesn’t move. It’s only when Yuta gets to school that the two sightings make sense: a monster attacks and the hero Yuta saw in the computer screen pulls him within the computer and transforms Yuta into a giant hero named Gridman.

How do you feel about the recent announcement for the date and time SSSS.Gridman joins Toonami? Tell us in the comments below or on our social media pages!