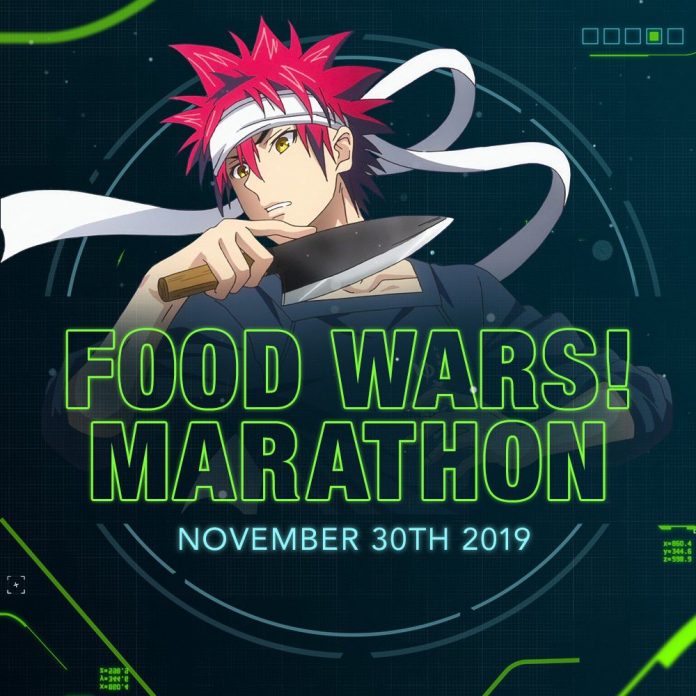 Toonami’s Facebook page revealed that on Nov. 30, they will run a Food Wars marathon for the holiday weekend. Starting at midnight, Toonami will air episodes 12-20, ending at 4:30 a.m.

BREAKING NEWS: #Toonami announces a #FoodWars marathon for November 30 at midnight. My Hero Academia and One Punch Man will still play at 11 PM & 11:30 PM. pic.twitter.com/VrLc2Dhrsl

It’s been a while since Toonami ran a marathon, with the last one occurring back in Sep. when Dragon Ball Super received a marathon to build excitement for the final episode earlier in the year.

What do you think about the latest marathon to air on Toonami? Let us know on our social media pages or in the comments below!