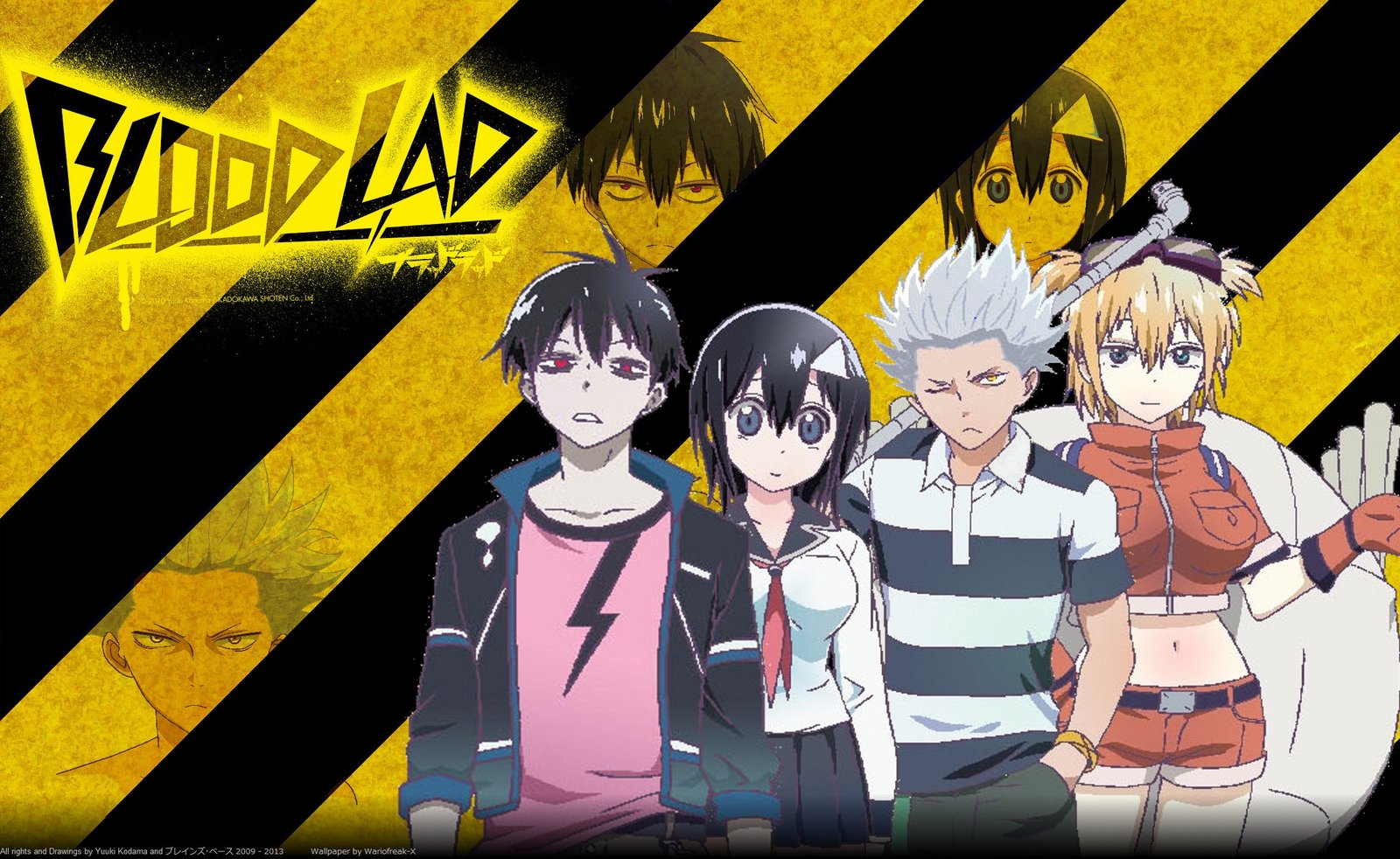 There are a lot of popular animes out there, and Blood Lad is near the top of that list. Is this Viz series worth the watch and buy? Let’s find out in this review.

First, let’s talk about what Blood Lad is about. The series revolves around Staz (voiced by Bryce Papenbrook). Staz is a vampire in charge of one section of the demon world. Unlike most vampires, Staz is not interested in human blood. Instead, he is obsessed with Japanese culture including anime, action figures and mangas. Then, out of nowhere, a human Japanese girl wonders into Staz’s section of the demon world. Her name is Yanagi Fuyumi (voiced by Xanthe Huynh) and she accidentally stumbled into demon world through a mysterious portal. When Staz’s gang finds this girl and calls him, he tells them to bring her to his place immediately and after seeing her he instantly wants to suck her blood. However, while Staz deals with another boss trying to take over his territory, a monster of the same type kills her and she becomes a ghost. As a result, Staz vows to find a way to bring her back to life. What happens next? You will have to watch the series to find out.

Is this series worth the watch? That’s up to you to decide, but for me Blood Lad was not the series many said it was. For example: The series comes to a point where Staz finds out he can bring Yanagi back to life, but instead of showing that in the 10 episode series and or OVA, the series just ends. As a matter of fact, the series has no ending. This loses major points in my book. That being said, the series is not all bad. Without giving anything away about the series, Blood Lad does have a lot of comedy, makes fun of other animes, and has some mild action sprinkled in to keep the viewer entertained and interested in this series. It also helps that Bryce Papenbrook, who plays Staz, does a great job and I feel that if it were someone else playing this character, this series would not even be worth me reviewing. This is why I give Blood Lad the series and OVA a 7 out of 10.

Catch Blood Lad the series now on Neon Alley. Click here to watch and the series and let us know what you think using #GeekEReview on Twitter tweeting us at @geekeinc.